A Bridge for Leading-Edge Engineering Research 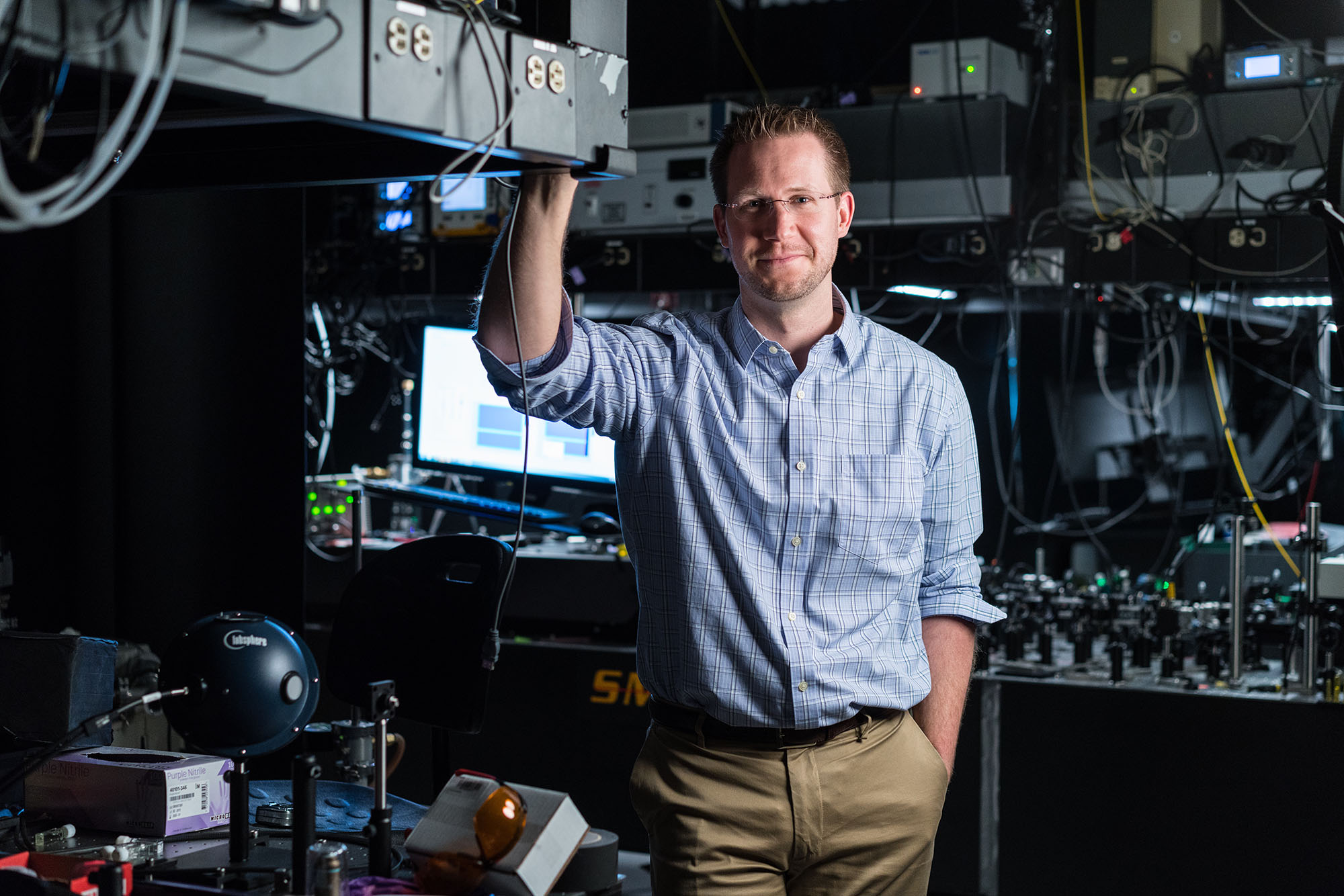 It’s a paradox. At mid-career, just when associate professors at the MIT School of Engineering have hit their stride, they may have difficulty finding financial support for high-risk, high-reward projects. The funding system that sustained them on arrival to campus as new professors, including robust startup packages, young investigator awards, and career development chairs, has ebbed. Now, the major grants that power the bulk of their research are often restrictive. It can be hard for them to take chances or shift lanes—and that can stifle innovation.

Faculty Research Innovation Funds (FRIF) encourage mid-career faculty members to place necessary bets on novel ideas and explore exciting, untested directions. A flexible allowance ranging from $50,000 to $100,00, a FRIF empowers them to invest in vital equipment, hire an ambitious graduate student, or simply chase a hunch. What’s more, the preliminary data that faculty generate from this support often enable them to attract new sources of funding.

More than 30 MIT School of Engineering faculty have already benefitted from FRIFs. Filling a vital niche in the MIT funding ecosystem, this opportunity offers donors a chance to have an outsized impact on research. “FRIFs help move innovation forward,” says Anantha P. Chandrakasan, dean of the MIT School of Engineering and Vannevar Bush Professor of Electrical Engineering and Computer Science. Chandrakasan launched FRIFs in 2011 when he served as the head of the Department of Electrical Engineering and Computer Science. “This type of critical support empowers mid-career faculty to follow their instincts and take potentially important discoveries through early-stage research.”

Just weeks after he was granted tenure, Associate Professor William Tisdale, a MacVicar Faculty Fellow, submitted a proposal for the Lin Family FRIF in the Department of Chemical Engineering. Tisdale wanted to pursue an idea a little out of his wheelhouse, but one with enormous promise. “We had a very solid track record with funders within our field of work,” he recalls. “But this was something different, with a different funding ecosystem where we weren’t known. I knew I needed to look elsewhere.”

In its work on nanomaterials, his research group, Tisdale Lab @ MIT, often used second-harmonic generation (SHG) microscopy, an imaging technique that employs high-intensity lasers to elicit a frequency shift in photons. The nonlinear frequency shift is sensitive to a symmetry in the material sample, and Tisdale knew that collagen, the most common biological tissue, had the required symmetry. This meant that SHG imaging could, at least in theory, be used in medical imaging to diagnose soft-tissue disorders, fibrosis, and certain cancers. Properly applied, SHG imaging could produce images in a fraction of the time required for an MRI. It might even be suitable for in vivo examinations, yielding real-time images of cellular reactions.

There was only one problem. The light intensities required in SHG microscopy were far too invasive for biological samples. However, Tisdale and his collaborators had recently discovered a way to elicit the same SHG signal at dramatically lower light intensities. Now they wanted to modify their equipment so it could accept biological samples and perform some preliminary research as proof of concept.

Tisdale received the $50,000 Lin Family FRIF in October 2019. Due to Covid-19 restrictions, the group worked remotely with a graduate student in Israel. They adapted the equipment for biological samples, obtained a patent, and submitted a paper on their findings. There is, Tisdale stresses, much more work to be done before SHG imaging devices appear in hospitals and biopsy labs. “Our goal here was to do a proof of principle demonstration,” he says. “To get our foot in the door and convince reviewers that they can trust our group and our work.”

For Nelson Lin SM ’87, PhD ’91, who with his wife, Yanhong, established the Lin Family FRIF, Tisdale’s work demonstrates the importance of supporting early-stage research. “I think it’s critically important for MIT faculty to explore new avenues of research and to tap into their creativity,” says Lin. “FRIFs are a great way to enable them to do that at a critical time in their careers.”

Tisdale is convinced the group will find grants to fund the next stages of the project over the next two years. He knows that this is only possible because of the FRIF his group received. “It gave us the freedom to pursue a different type of project—one that can yield huge benefits for society, but that businesses are unlikely to fund because the results are uncertain,” he says. This is the type of thing academics should be able to work on. It’s something important that we can do for society.”

Innovation and Entrepreneurship School of Engineering
Give to MIT