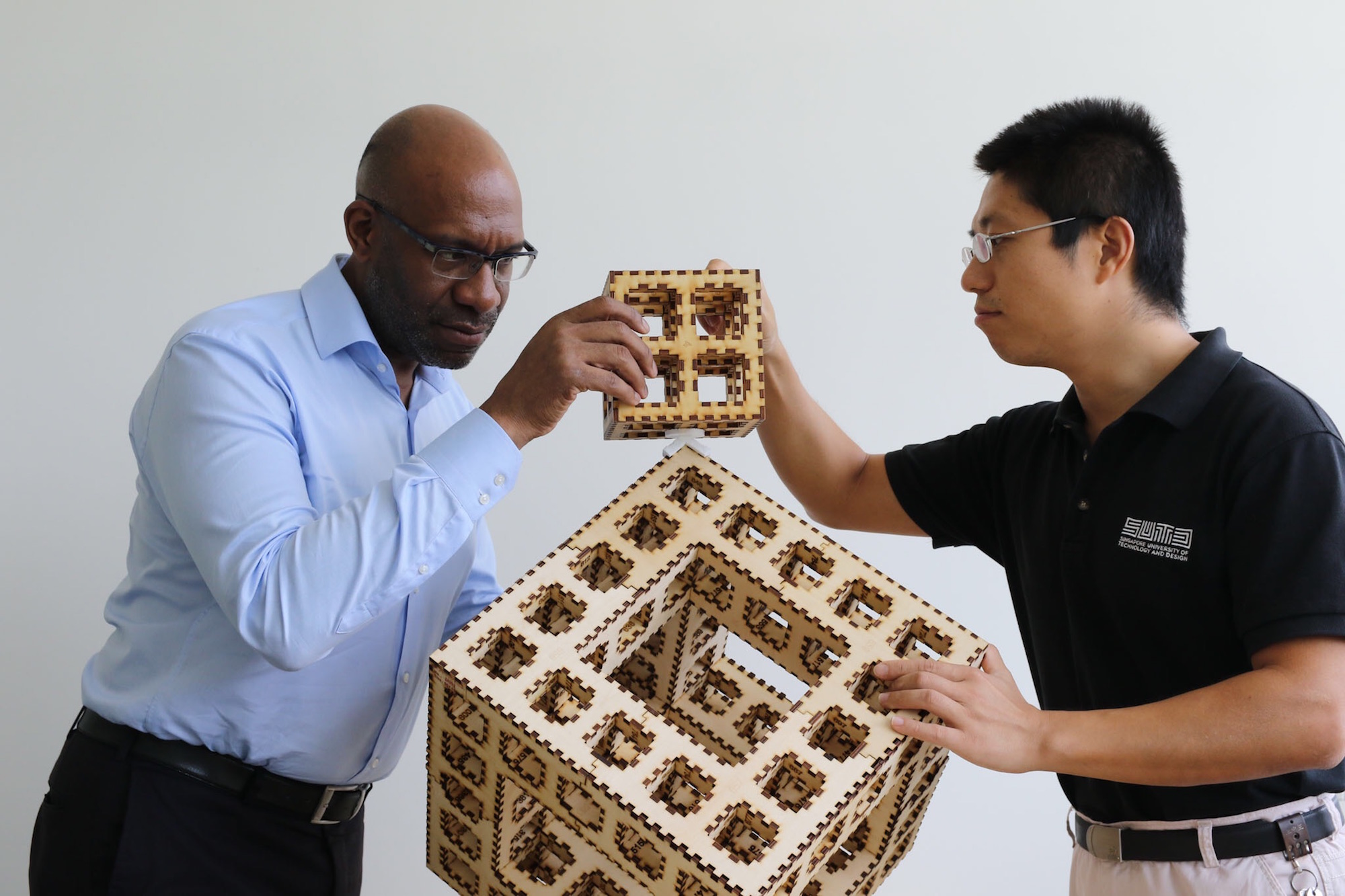 The houses of the future won’t be built by contractors; your next house might very well be put together by you.

At least that’s the future envisioned by Larry Sass SM ’94, PhD ’00, associate professor of architecture and principal investigator of the Design Fabrication Group at MIT. Sass’s work puts him at the intersection of architecture, computational design, and digital fabrication: imagining buildings that are essentially 3-D puzzles.

Buildings constructed the old-fashioned way are expensive, slow, and labor-intensive—and generally separate the designer from the builder by a long chain of personnel. Fitting together computer-designed and machine-printed components streamlines the process, opening up possibilities for better architectural design for low-income housing; quicker recovery for disaster-induced homelessness; and a greater hand in the process for the average homeowner.

According to Sass, “The Industrial Age was all about making identical copies of one design. The Information Age is about the simple manufacturing of infinite design possibilities through the application of a finite set of rules for manufacturing.”

Sass’s prototype for a post-Katrina New Orleans house—one that could be 3-D-printed, flat-packed, then built in a matter of days by non-expert assemblers—without sacrificing design aesthetic—was exhibited at the Modern Museum of Art in New York City in 2008. New York City’s Center for Architecture featured his follow-up Casting Affordability project in 2015, which explored the use of modular technologies to produce housing units in concrete finished in metal, wood, or stone—suggesting one solution for the low-cost housing crunch in crowded cities like New York.

Lately, in collaboration with Professor Chen Lujie of Singapore University of Technology and Design (through MIT and SUTD’s International Design Center), Sass has been delving into the problems that crop up between computer design and manufacture, such as how to automate the transformation of a shape into 2-D puzzle pieces for assembly, and methods for large-scale digital fabrication.