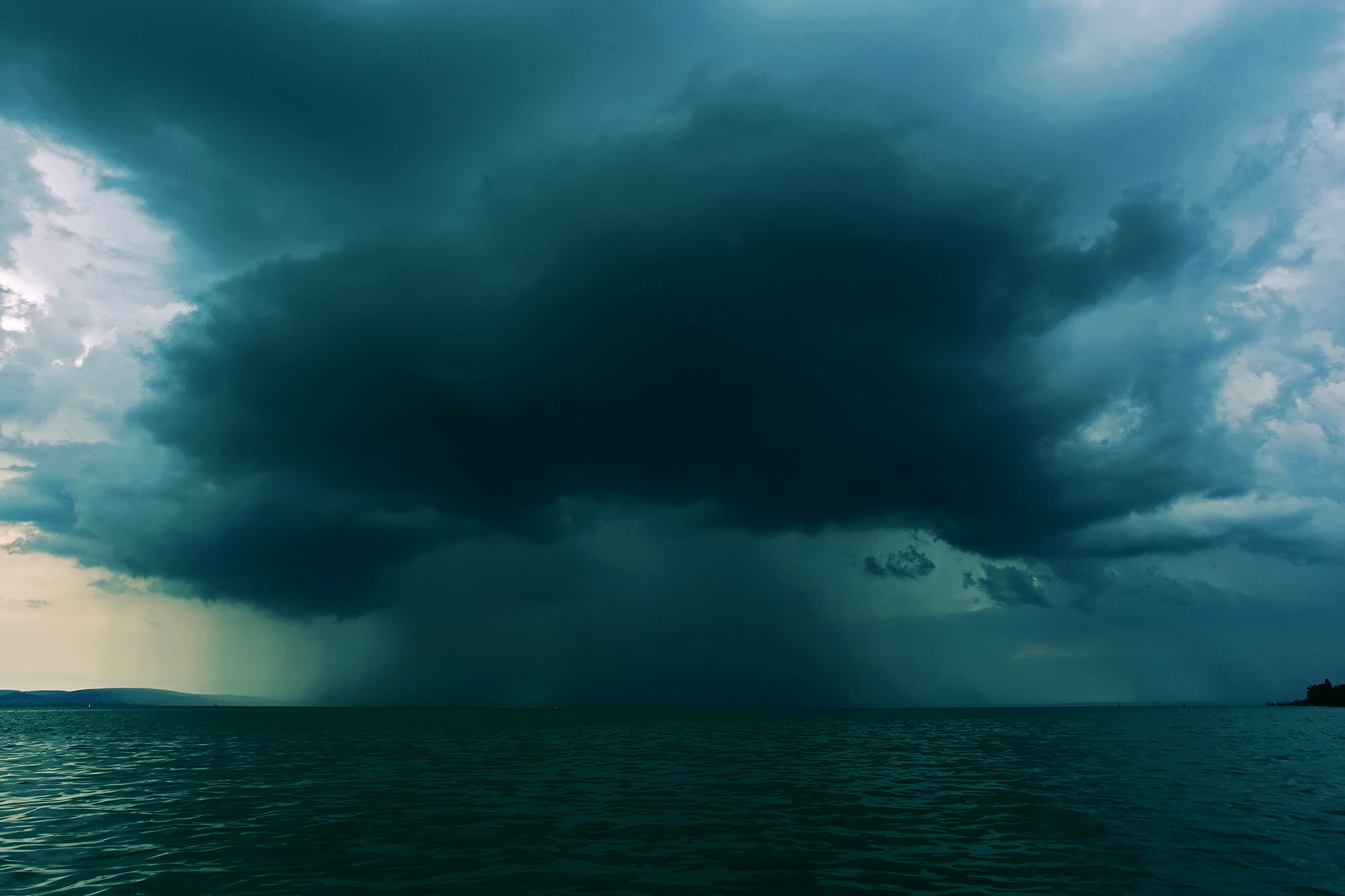 Observations of Earth’s atmosphere show that thunderstorms are often stronger in the presence of high concentrations of aerosols—airborne particles too small to see with the naked eye.

For instance, lightning flashes are more frequent along shipping routes, where freighters emit particulates into the air, compared to the surrounding ocean. And the most intense thunderstorms in the tropics brew up over land, where aerosols are elevated by both natural sources and human activities.

While scientists have observed a link between aerosols and thunderstorms for decades, the reason for this association is not well understood.

Now MIT scientists have discovered a new mechanism by which aerosols may intensify thunderstorms in tropical regions. Using idealized simulations of cloud dynamics, the researchers found that high concentrations of aerosols can enhance thunderstorm activity by increasing the humidity in the air surrounding clouds.

This new mechanism between aerosols and clouds, which the team has dubbed the “humidity-entrainment” mechanism, could be incorporated into weather and climate models to help predict how a region’s thunderstorm activity might vary with changing aerosol levels.

“It’s possible that, by cleaning up pollution, places might experience fewer storms,” says Tim Cronin, assistant professor of atmospheric science at MIT. “Overall, this provides a way that humans may have a footprint on the climate that we haven’t really appreciated much in the past.”

Cronin and his co-author Tristan Abbott, a graduate student in MIT’s Department of Earth, Atmospheric and Planetary Sciences, have published their results today in the journal Science.

Clouds in a box

An aerosol is any collection of fine particles that is suspended in air. Aerosols are generated by anthropogenic processes, such as the burning of biomass, and combustion in ships, factories, and car tailpipes as well as from natural phenomena, such as volcanic eruptions, sea spray, and dust storms. In the atmosphere, aerosols can act as seeds for cloud formation. The suspended particles serve as airborne surfaces on which surrounding water vapor can condense to form individual droplets that hang together as a cloud. The droplets within the cloud can collide and merge to form bigger droplets that eventually fall out as rain.

But when aerosols are highly concentrated, the many tiny particles form equally tiny cloud droplets that don’t easily merge. Exactly how these aerosol-laden clouds generate thunderstorms is an open question, although scientists have proposed several possibilities, which Cronin and Abbott decided to test in high-resolution simulations of clouds.

For their simulations, they used an idealized model, which simulates the dynamics of clouds in a volume representing Earth’s atmosphere over a 128-kilometer-wide square of tropical ocean. The box is divided into a grid, and scientists can observe how parameters like relative humidity change in individual grid cells as they tune certain conditions in the model.

When these processes were shut off, the simulation still generated more intense thunderstorms with higher aerosol concentrations.

“That told us these two previously proposed ideas weren’t what were producing changes in convection in our simulations,” Abbott says.

In other words, some other mechanism must be at work.

A simulation of one day of cloud formation in a region of low aerosol concentration. The colored surface represents the air temperature at the surface. Many of the clouds (in grey) are 10 to 15 kilometers tall, reaching at or above the cruising altitudes of most aircraft. These simulated clouds are similar in size to clouds that produce thunderstorms in the real-world tropics.

The team dug through the literature on cloud dynamics and found previous work that pointed to a relationship between cloud temperature and the humidity of the surrounding air. These studies showed that as clouds rise, they mix with the clear air around them, evaporating some of their moisture and as a result cooling the clouds themselves.

If the surrounding air is dry, it can soak up more of a cloud’s moisture and bring down its internal temperature, such that the cloud, laden with cold air, is slower to rise through the atmosphere. On the other hand, if the surrounding air is relatively humid, the cloud will be warmer as it evaporates and will rise more quickly, generating an updraft that could spin up into a thunderstorm.

Cronin and Abbott wondered whether this mechanism might be at play in aerosols’ effect on thunderstorms. If a cloud contains many aerosol particles that suppress rain, it might be able to evaporate more water to its surroundings. In turn, this could increase the humidity of the surrounding air, providing a more favorable environment for the formation of thunderstorms. This chain of events, therefore, could explain aerosols’ link to thunderstorm activity.

They put their idea to the test using the same simulation of cloud dynamics, this time noting the temperature and relative humidity of each grid cell in and around clouds as they increased the aerosol concentration in the simulation. The concentrations they set ranged from low-aerosol conditions similar to remote regions over the ocean, to high-aerosol environments similar to relatively polluted air near urban areas.

They found that low-lying clouds with high aerosol concentrations were less likely to rain out. Instead, these clouds evaporated water to their surroundings, creating a humid layer of air that made it easier for air to rise quickly through the atmosphere as strong, storm-brewing updrafts.

“After you’ve established this humid layer relatively low in the atmosphere, you have a bubble of warm and moist air that can act as a seed for a thunderstorm,” Abbott says. “That bubble will have an easier time ascending to altitudes of 10 to 15 kilometers, which is the depth clouds need to grow to to act as thunderstorms.”

This “humidity-entrainment” mechanism, in which aerosol-laden clouds mix with and change the humidity of the surrounding air, seems to be at least one explanation for how aerosols drive thunderstorm formation, particularly in tropical regions where the air in general is relatively humid.

“We’ve provided a new mechanism that should give you a reason to predict stronger thunderstorms in parts of the world with lots of aerosols,” Abbott says.

This research was supported in part by the National Science Foundation.

This article was written by Jennifer Chu and originally appeared on MIT News on December 31, 2020. (Image: MIT News)