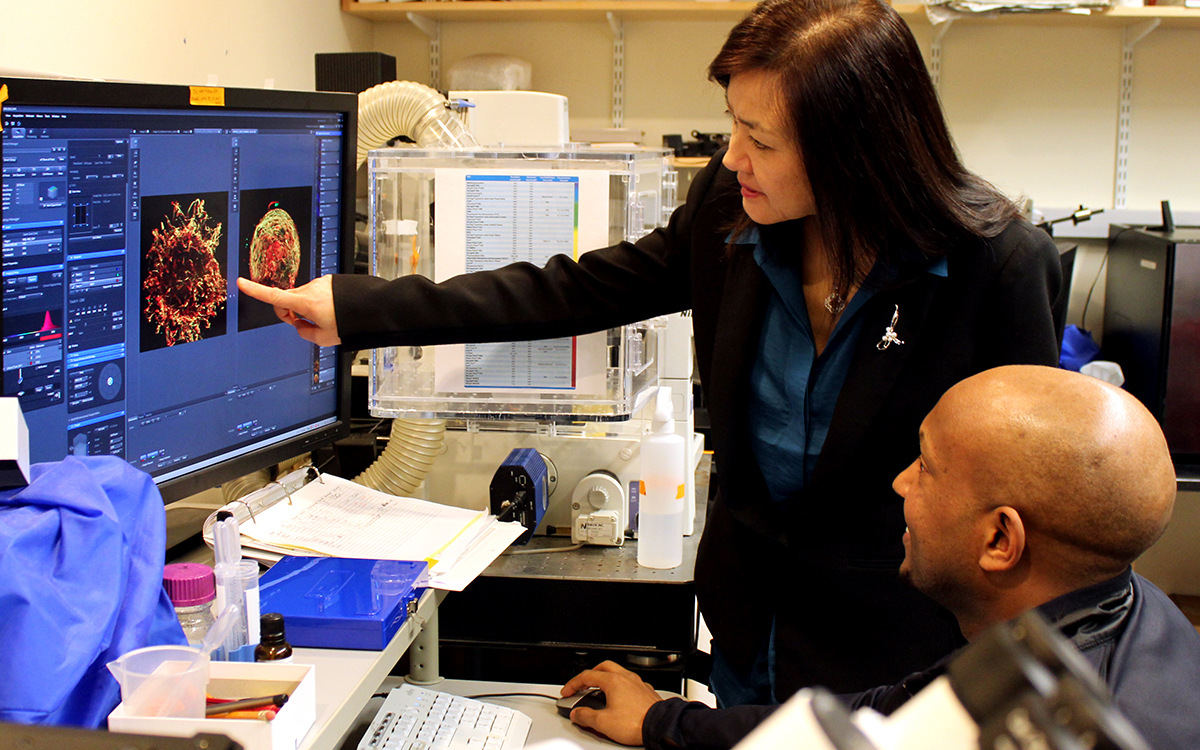 As part of MIT’s continued mission to help build a better world, the Institute announced the creation of the Alana Down Syndrome Center, an innovative new research endeavor, technology development initiative, and fellowship program launched with a $28.6 million gift from Alana Foundation, a nonprofit organization founded by Ana Lucia Villela of São Paulo, Brazil.

In addition to multidisciplinary research across neuroscience, biology, engineering, and computer science labs, the gift will fund a four-year program with MIT’s Deshpande Center for Technological Innovation called “Technology to Improve Ability,” in which creative minds around MIT will be encouraged and supported in designing and developing technologies that can improve life for people with different intellectual abilities or other challenges.

The Alana Down Syndrome Center, hosted out of MIT’s Picower Institute for Learning and Memory, will engage the expertise of scientists and engineers in a research effort to increase understanding of the biology and neuroscience of Down syndrome. The center will also provide new training and educational opportunities for early career scientists and students to become involved in Down syndrome research. Together, the center and technology program will work to accelerate the generation, development, and clinical testing of novel interventions and technologies to improve the quality of life for people with Down syndrome.

“At MIT, we value frontier research, particularly when it is aimed at making a better world,” says MIT President L. Rafael Reif. “The Alana Foundation’s inspiring gift will position MIT’s researchers to investigate new pathways to enhance and extend the lives of those with Down syndrome. We are grateful to the Foundation’s leadership—President Ana Lucia Villela and Co-President Marcos Nisti—for entrusting our community with this critical challenge.”

With a $1.7 million gift to MIT in 2015, Alana funded studies to create new laboratory models of Down syndrome and to improve understanding of the mechanisms of the disorder and potential therapies. In creating the new center, MIT and the Alana Foundation officials said they are building on that partnership to promote discovery and technology development aimed at helping people with different abilities gain greater social and practical skills to enhance their participation in the educational system, in the workforce, and in community life.

“We couldn’t be happier and more hopeful as to the size of the impact this Center can generate,” Villela said. “It’s an innovative approach that doesn’t focus on the disability but, instead, focuses on the barriers that can prevent people with Down Syndrome from thriving in life in their own way.”

Marcos Nisti, co-president of Alana, added, “This grant represents all the trust we have in MIT especially because the values our family hold are so aligned with MIT’s own values and its mission.”
Villela and Nisti have two daughters, one with Down syndrome. MIT Executive Vice President and Treasurer Israel Ruiz has had a personal connection to the Foundation.

“It is an extraordinary day,” Ruiz said. “It has been a pleasure getting to know Ana Lucia, Marcos and their family over the past few years. Their work to advance the needs of the Down Syndrome community is truly exemplary, and I look forward to future collaborations. Today, MIT celebrates their generosity in recognizing all abilities and working to provide opportunities to all.”

Down syndrome, also known as trisomy 21, is characterized by extra genetic material from some or all of chromosome 21 in many or all of an individual’s cells and occurs in one out of every 700 babies in the United States. Though the chromosomal hallmark of Down syndrome has been well known for decades, and advances in research, health care and social services have doubled lifespans over the past 25 years, significant challenges remain for individuals with different abilities and their families because the underlying neurobiology of the disorder is complex.

The center will be co-directed by Angelika Amon, the Kathleen and Curtis Marble Professor in Cancer Research, and Li-Huei Tsai, the Picower Professor of Neuroscience. Amon is an expert in understanding the health impacts of chromosomal instability and aneuploidy, the presence of an abnormal chromosome number, while Tsai is renowned for her work in the field of neurodegenerative disorders, including Alzheimer’s disease, which shares important underlying similarities with Down syndrome. In the first four years, the new center will employ cutting-edge techniques to study Down syndrome in the brain with two main focuses: systems and circuits as well as genes and cells.

With the support of the previous Alana Foundation gift, Hiruy Meharena, senior fellow in Tsai’s neuroscience lab, has already been deeply engaged in studying Down syndrome’s impact in the brain at the cellular and genomic level, examining key differences in gene expression in cultures of neurons and glia created from patient-derived induced pluripotent stem cells. To further advance research at that molecular scale, Tsai’s lab will collaborate with computer science Professor Manolis Kellis, director of MIT’s Computational Biology Group and a leader in creating sophisticated methods for big-data integration and analysis of genomic and gene expression data. At the systems and circuits level, Ed Boyden, the Y. Eva Tan Professor in Neurotechnology will lead efforts to conduct high-resolution 3D brain mapping and will collaborate with Tsai to examine the potential of using her emerging non-invasive, sensory-based therapy for Alzheimer’s in Down syndrome.

Amon’s lab will bring its deep expertise from their study of cancer to the new center. They have made important discoveries about how aneuploidy may undermine overall health, for instance by causing stresses within cells. It is their hope that identifying genetic alterations that suppress the stresses associated with trisomy 21 could lead to the development of therapeutics that improve cell function in individuals with Down syndrome.

Over the course of their studies, researchers will also work with clinical collaborator Dr. Brian Skotko, co-director of the Massachusetts General Hospital Down Syndrome Program.

To further support these research endeavors and to increase the long-term global pipeline of scientists trained in the study of Down syndrome, the Alana Down Syndrome Center will fund postdoctoral Alana Fellowships and graduate fellowships.

The Alana Center will also convene an annual symposium on Down syndrome research, the first of which is tentatively scheduled for this fall.

The Alana Foundation gift supports the MIT Campaign for a Better World, which was publicly launched in 2016 with a mission to advance MIT’s work in education, research, and innovation to address humanity’s urgent challenges. A joint statement guiding the gift’s purpose is available at www.alana.mit.edu/statement.