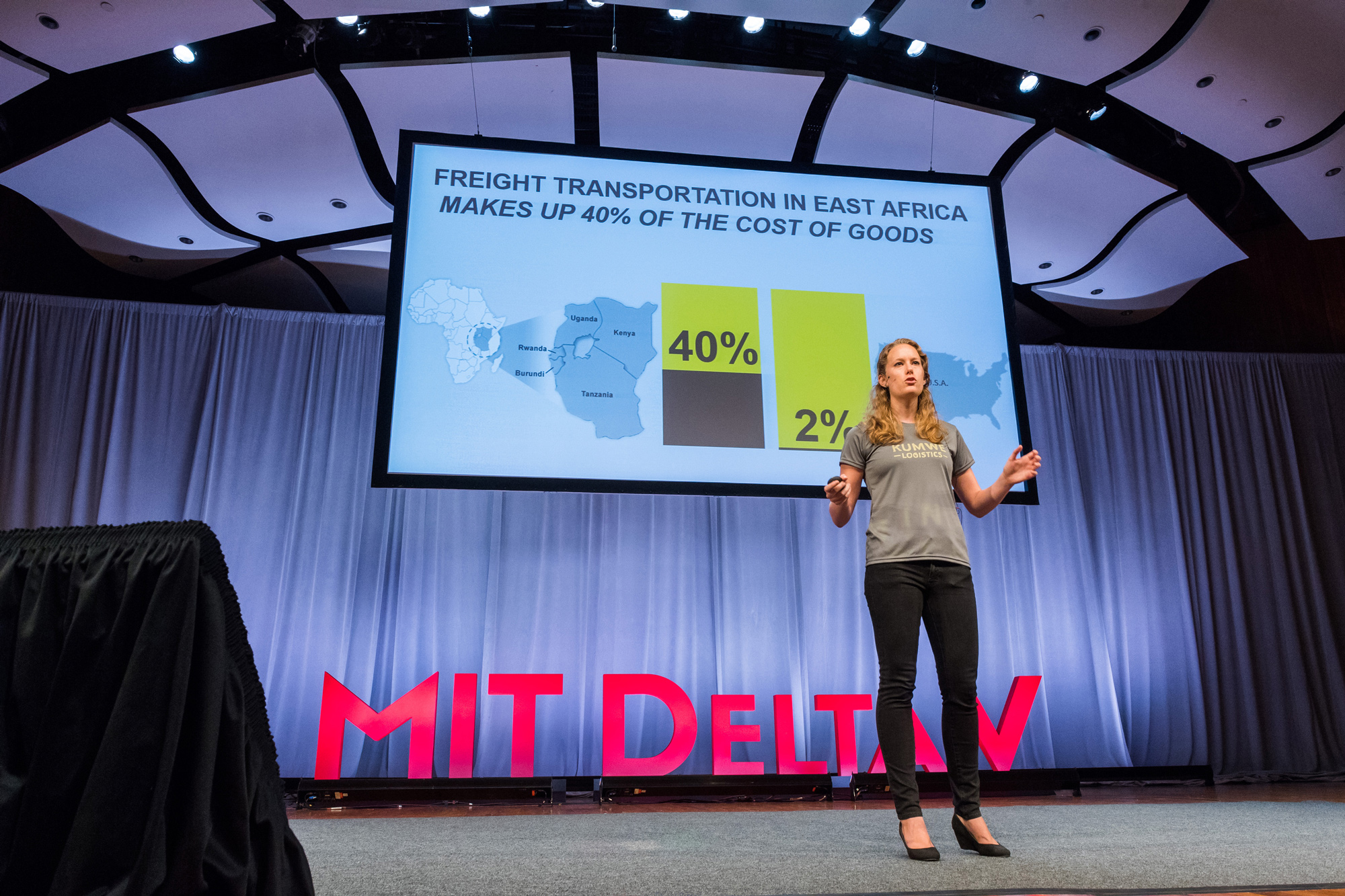 As its mathematical name implies, delta v gives both undergraduate and graduate student entrepreneurs the power to accelerate—and to reach escape velocity to launch their companies into the real world.

“Our mentors helped push us beyond our comfort zone,” says Marwan J. Abou Dib MArch ’16, MSRED ’16, who earned dual master’s degrees in real estate and architecture and went on to cofound Tekuma, an online company that provides artwork and curatorial services for Airbnb spaces. If not for that accelerator experience, he says, “we’d still be at the idea phase.”

Launched in 2012 and formerly known as the MIT Global Founders’ Skills Accelerator, delta v has helped launch dozens of startups, many of which are now thriving companies, including LiquiGlide, Nima, Accion Systems, and Infinite Analytics. Hosted in the Martin Trust Center for MIT Entrepreneurship, the 12-week summer program provides the startups with funding, mentorship, office space, and more. Its culmination is an annual pitch event known as Demo Day. “Every year, it raises the bar of what MIT can do,” the Trust Center’s managing director Bill Aulet, has said of the event, at which students present their ventures to the MIT community, investors, and business leaders. At Demo Day 2016, more than a dozen teams laid out business plans, many of which were already in action—such as Kumwe Logistics, which aims to lower the cost of transporting goods in East Africa by connecting shippers and truck owners in its online marketplace, and Leuko Labs’s at-home white blood cell counter, which at the time of presentation had already begun clinical trials.

In addition to delta v, its flagship program, the Trust Center offers a range of education-focused resources to all students across MIT, including members of the Institute’s more than 30 student clubs and initiatives with an entrepreneurial focus. It provides access to an evolving roster of entrepreneurs-in-residence. And it welcomes thousands of students each week to its newly renovated and expanded facility, which encompasses social and work spaces, including the ProtoWorks makerspace, for students at every stage of entrepreneurship.