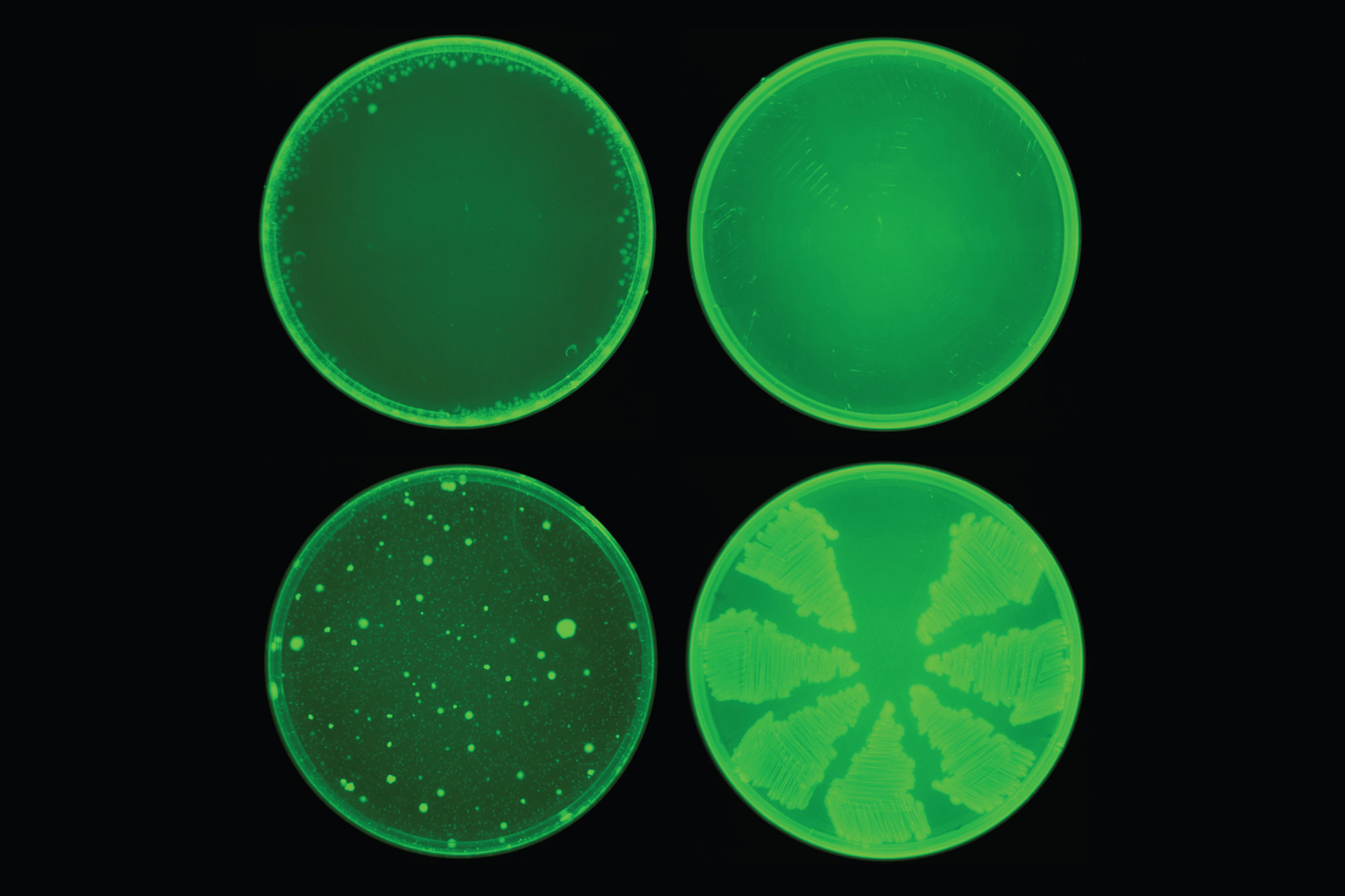 A version of this article appeared on MIT News on February 20, 2020.

Using a machine-learning algorithm, MIT researchers have identified a powerful new antibiotic compound. In laboratory tests, the drug killed many of the world’s most problematic disease-causing bacteria, including some strains that are resistant to all known antibiotics. It also cleared infections in two different mouse models.

The computer model, which can screen more than a hundred million chemical compounds in a matter of days, is designed to pick out potential antibiotics that kill bacteria using different mechanisms than those of existing drugs.

In their new study, the researchers also identified several other promising antibiotic candidates, which they plan to test further. They believe the model could also be used to design new drugs, based on what it has learned about chemical structures that enable drugs to kill bacteria.

Barzilay and Collins, who are faculty co-leads for MIT’s Abdul Latif Jameel Clinic for Machine Learning in Health, are the senior authors of the study, which appears today in Cell. The first author of the paper is Jonathan Stokes, a postdoc at MIT and the Broad Institute of MIT and Harvard.

Over the past few decades, very few new antibiotics have been developed, and most of those newly approved antibiotics are slightly different variants of existing drugs. Current methods for screening new antibiotics are often prohibitively costly, require a significant time investment, and are usually limited to a narrow spectrum of chemical diversity.

“We’re facing a growing crisis around antibiotic resistance, and this situation is being generated by both an increasing number of pathogens becoming resistant to existing antibiotics, and an anemic pipeline in the biotech and pharmaceutical industries for new antibiotics,” Collins says.

To try to find completely novel compounds, he teamed up with Barzilay, Professor Tommi Jaakkola, and their students Kevin Yang, Kyle Swanson, and Wengong Jin, who have previously developed machine-learning computer models that can be trained to analyze the molecular structures of compounds and correlate them with particular traits, such as the ability to kill bacteria.

The idea of using predictive computer models for “in silico” screening is not new, but until now, these models were not sufficiently accurate to transform drug discovery. Previously, molecules were represented as vectors reflecting the presence or absence of certain chemical groups. However, the new neural networks can learn these representations automatically, mapping molecules into continuous vectors which are subsequently used to predict their properties.

In this case, the researchers designed their model to look for chemical features that make molecules effective at killing E. coli. To do so, they trained the model on about 2,500 molecules, including about 1,700 FDA-approved drugs and a set of 800 natural products with diverse structures and a wide range of bioactivities.

Once the model was trained, the researchers tested it on the Broad Institute’s Drug Repurposing Hub, a library of about 6,000 compounds. The model picked out one molecule that was predicted to have strong antibacterial activity and had a chemical structure different from any existing antibiotics. Using a different machine-learning model, the researchers also showed that this molecule would likely have low toxicity to human cells.

This molecule, which the researchers decided to call halicin, after the fictional artificial intelligence system from “2001: A Space Odyssey,” has been previously investigated as possible diabetes drug. The researchers tested it against dozens of bacterial strains isolated from patients and grown in lab dishes, and found that it was able to kill many that are resistant to treatment, including Clostridium difficile, Acinetobacter baumannii, and Mycobacterium tuberculosis. The drug worked against every species that they tested, with the exception of Pseudomonas aeruginosa, a difficult-to-treat lung pathogen.

To test halicin’s effectiveness in living animals, the researchers used it to treat mice infected with A. baumannii, a bacterium that has infected many U.S. soldiers stationed in Iraq and Afghanistan. The strain of A. baumannii that they used is resistant to all known antibiotics, but application of a halicin-containing ointment completely cleared the infections within 24 hours.

Preliminary studies suggest that halicin kills bacteria by disrupting their ability to maintain an electrochemical gradient across their cell membranes. This gradient is necessary, among other functions, to produce ATP (molecules that cells use to store energy), so if the gradient breaks down, the cells die. This type of killing mechanism could be difficult for bacteria to develop resistance to, the researchers say.

“When you’re dealing with a molecule that likely associates with membrane components, a cell can’t necessarily acquire a single mutation or a couple of mutations to change the chemistry of the outer membrane. Mutations like that tend to be far more complex to acquire evolutionarily,” Stokes says.

In this study, the researchers found that E. coli did not develop any resistance to halicin during a 30-day treatment period. In contrast, the bacteria started to develop resistance to the antibiotic ciprofloxacin within one to three days, and after 30 days, the bacteria were about 200 times more resistant to ciprofloxacin than they were at the beginning of the experiment.

The researchers plan to pursue further studies of halicin, working with a pharmaceutical company or nonprofit organization, in hopes of developing it for use in humans.

After identifying halicin, the researchers also used their model to screen more than 100 million molecules selected from the ZINC15 database, an online collection of about 1.5 billion chemical compounds. This screen, which took only three days, identified 23 candidates that were structurally dissimilar from existing antibiotics and predicted to be nontoxic to human cells.

In laboratory tests against five species of bacteria, the researchers found that eight of the molecules showed antibacterial activity, and two were particularly powerful. The researchers now plan to test these molecules further, and also to screen more of the ZINC15 database.

The researchers also plan to use their model to design new antibiotics and to optimize existing molecules. For example, they could train the model to add features that would make a particular antibiotic target only certain bacteria, preventing it from killing beneficial bacteria in a patient’s digestive tract.

“This groundbreaking work signifies a paradigm shift in antibiotic discovery and indeed in drug discovery more generally,” says Roy Kishony, a professor of biology and computer science at Technion (the Israel Institute of Technology), who was not involved in the study. “Beyond in silica screens, this approach will allow using deep learning at all stages of antibiotic development, from discovery to improved efficacy and toxicity through drug modifications and medicinal chemistry.”

The research was funded in part by the Abdul Latif Jameel Clinic for Machine Learning in Health (J-Clinic), a collaborative effort between MIT and Community Jameel established in 2018.

“The world is in desperate need of new antibiotics to combat dangerous diseases, so it is hugely encouraging that the team at J-Clinic at MIT appears to have helped make a breakthrough in finding a genuinely new one using machine learning,” said Fady Jameel, president, International, of Community Jameel. “For decades, Community Jameel has been committed to supporting research that can help improve people’s lives. Combatting the risk from antibiotic-resistant infections, like tuberculosis, could have a profound impact on us all.”