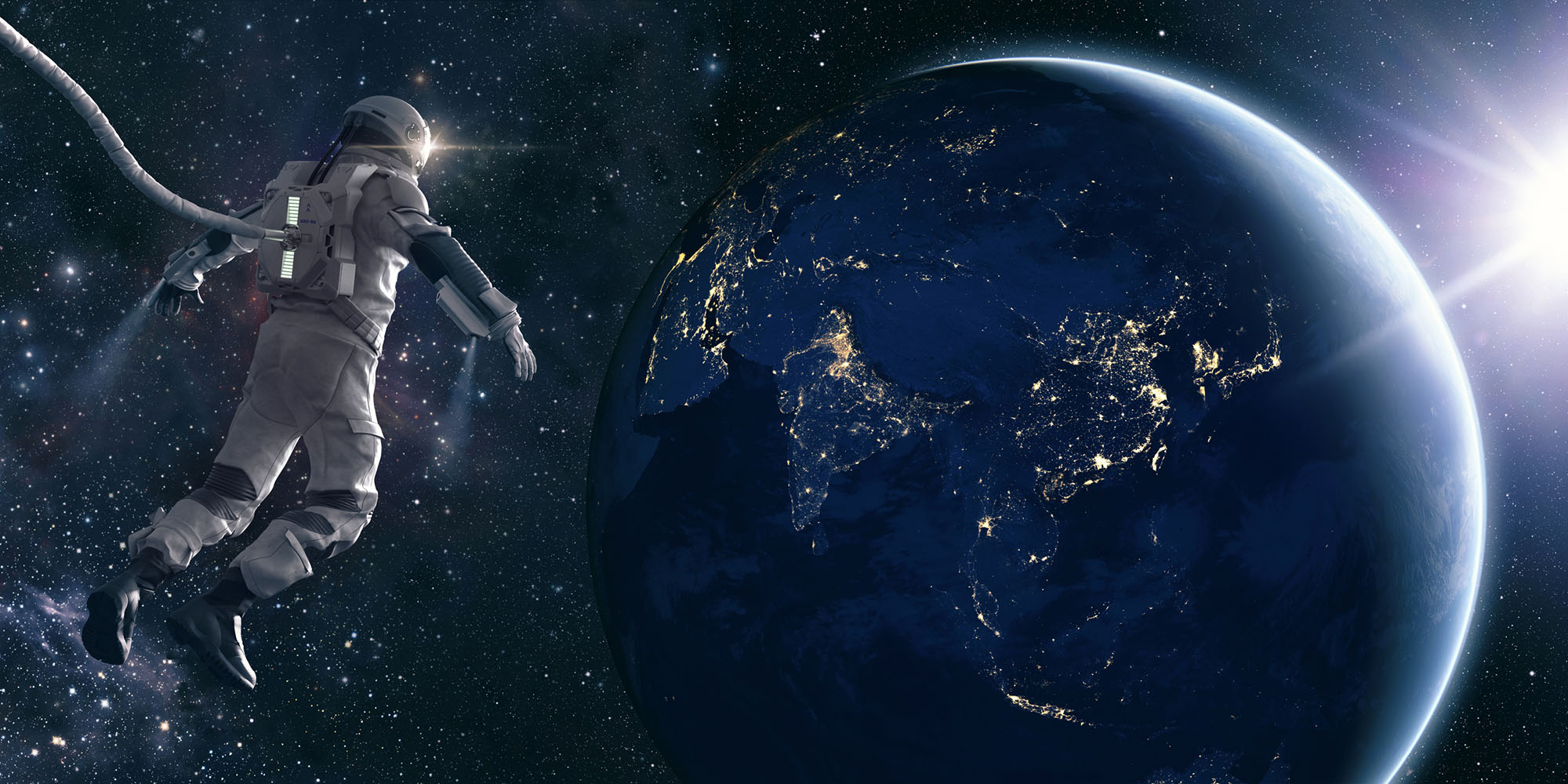 Alvin Harvey SM ’20 is a doctoral candidate in aeronautics and astronautics (AeroAstro) whose research interests include safeguarding the health of astronauts on space flights. He aspires to be an astronaut one day.

However, growing up on the Navajo Nation between Tse Bonito, New Mexico, and Fort Defiance, Arizona, Harvey was less interested in the vast starry night sky than in what he saw at ground level: namely, the people around him.

On the Navajo Nation his grandmother didn’t have running water, he says. “In a way it was almost like living on Mars. A lot of elderly Native American people live in such harsh conditions, they’re like astronauts themselves,” Harvey recalls.

A desire to help people living in isolation inspired his current research in space technology. 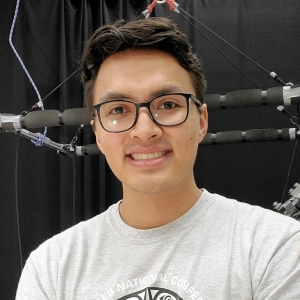 “I’ve always wanted to make something for my grandparents that would make their lives easier,” Harvey says. That “tinkering mindset,” he says, “has evolved into looking at how I can make astronauts’ lives easier, so they can do their jobs.”

Harvey earned his pilot’s license as an undergraduate at New Mexico State University, and he says the practical experience of motion sickness while flying contributed to an interest in the technical aspects of bioastronautics. “I know it’s probably worse for astronauts,” he says. “What kind of technology could I develop to address that?” His research at MIT involves engineering technologies to sustain astronauts’ health in space.

His work toward his master’s degree centered on replicating partial gravity to assess its effect on astronauts as they walk or run on the Moon or Mars. His aim was to make partial-gravity simulations more comfortable for astronauts during training.

“A lot of these systems rely on you strapping on a rock-climbing harness and being lifted up, which is really uncomfortable if you’re trying to walk and run in that for 10 minutes at a time,” he says.

“I spent a great deal of time on improving the harness design, so it would allow people to move and walk a bit more freely. I took inspiration from the rehabilitation field, which I tried to intersect as much as possible with this research. You can use this harness not only for research but to help people with rehabilitative needs.”

Since completing the project in 2020, Harvey has moved on to something completely different. “I’m working with the MIT Portugal Program to develop virtual mission control capabilities for a new constellation of satellites they want to put up.”

He came to MIT as part of the MIT Summer Research Program (MSRP) in 2017 and interned in AeroAstro’s Human Systems Laboratory, “the same lab I’m in now,” he says. “That got my foot in the door.” He credits the MSRP and support from the Arthur Gelb (1961) Fund and the Garriott Space Fund for making his graduate studies possible.

While pursuing space research at MIT, Harvey says, he also has taken the opportunity to reflect on his cultural roots. He aspires to advance Indigenous perspectives in the making of space policy.

Advocating for an Indigenous People’s approach to the Earth to be extended to the Moon and stars, he asks: “How can we make space sustainable?”

“For a lot of Native Americans, certain things like the Moon have a spirit that should be respected. If you’re outside looking at the trees or the mountains, you’ve got to treat them with a certain respect,” Harvey says. “That’s something that Indigenous People, based on their own experiences, can contribute to the conversation.”

Becoming an astronaut, he says, wasn’t on his radar until he met John Herrington. A member of the Chickasaw Nation, Herrington was the first Native American in space. He, along with other astronauts, encouraged Harvey to consider trying out for the space program.

“It was the first time anyone had ever told me I could be an astronaut—and this was coming from astronauts,” he says. “That really inspired me. It’s a recent passion.”

Harvey hopes that someday, he will wear the equipment he is designing today on a space station. “That’s the dream of all the people working in my lab,” he says, with a smile.