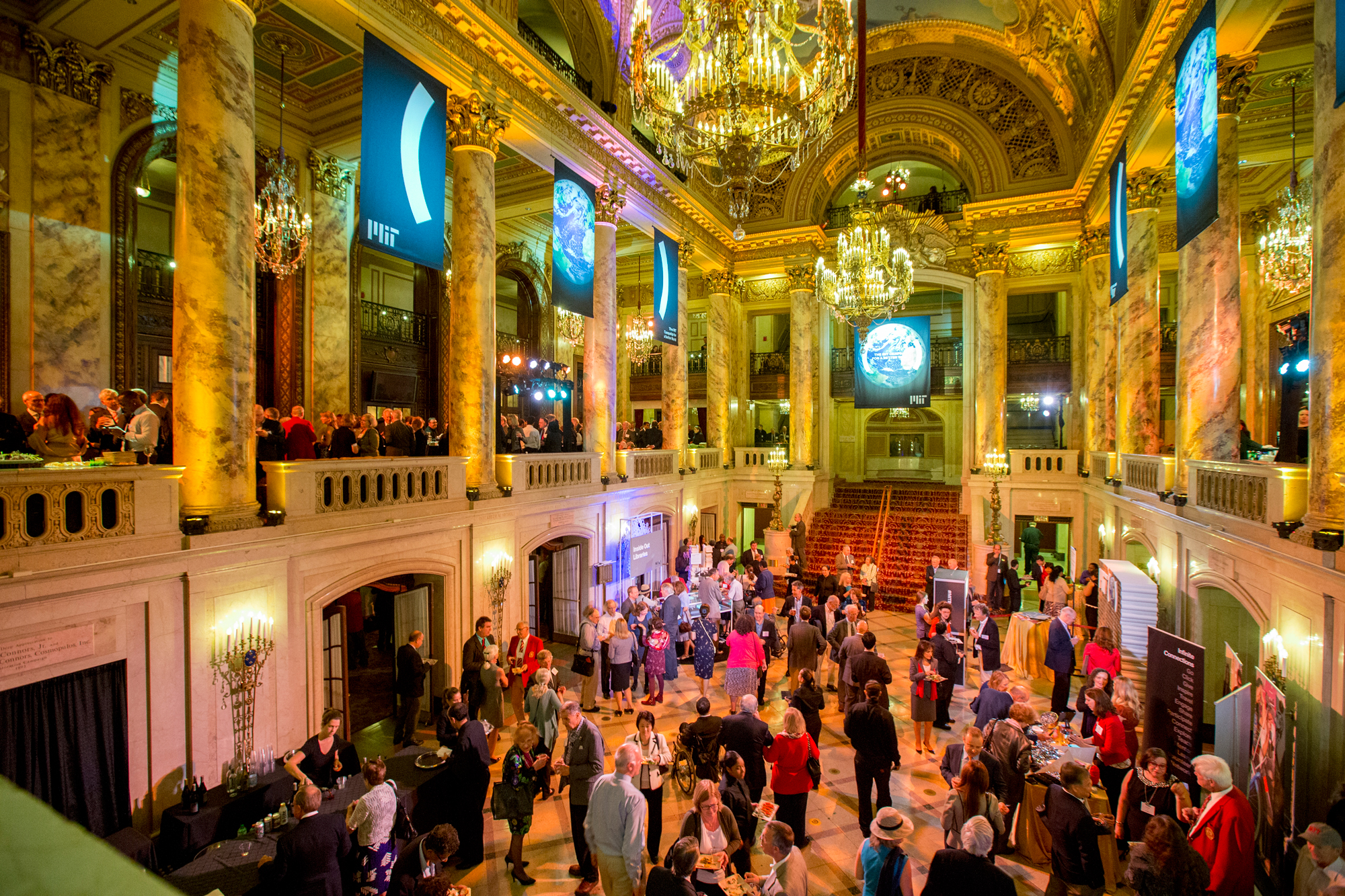 On September 28, the Better World tour was back in MIT’s own neighborhood, at the Boch Center Wang Theatre in downtown Boston. More than 1,000 MIT alumni and friends were in attendance to celebrate the MIT Campaign for a Better World, a galvanizing effort that has gathered momentum and participation since its public launch in May 2016, at events around the world.

Guests who might have thought that listening would be their only role in the program were in for a pleasant surprise. Eran Egozy ’95, MNG ’95, MIT professor of the practice in music technology, a cofounder of Harmonix Music Systems, and the creator of “Guitar Hero,” kicked off the evening by inviting the audience to join him in a classic MIT experiment. Using a new music application called “Tutti” (Italian for “together”) and audience members’ cell phones, Egozy transformed the audience into an orchestra for a rendition of “Engineered Engineers,” a composition created for the event by Evan Ziporyn, Kenan Sahin Distinguished Professor and Music and Theater Arts chair.

It was a performance with all the hallmarks of MIT collaboration, Egozy said, including the spontaneous sounds added by a few incoming texts and phone calls. “Taking risks, pushing the boundaries [and] trying something new… That’s what we do at MIT.”

Colin Webb, president of the class of 2018, was next to the podium to introduce MIT President L. Rafael Reif. Like Egozy, Webb cherishes the innovative drive he has acquired through MIT, and he hopes that he can apply it in designing more livable cities and equitable distribution systems. President Reif took a moment to thank attendees for joining him to support the MIT Campaign for a Better World, an effort he said will be pivotal to the Institute’s future. He asked them to consider, as they listened to the powerful stories of faculty and student speakers, “What would it be worth to make their dreams for humanity come true?”

Regina Barzilay, Delta Electronics Professor of Electrical Engineering and Computer Science, recently named a 2017 MacArthur Fellow, and a breast cancer survivor, described her dream of applying machine learning, big data, and deep learning to oncology—a field that has yet to reap the benefits of incredible new capabilities in data analysis. One of the recent products of Barzilay’s work is a database compiling clinical data from 100,000 breast cancer patients, information which could lead to dramatically improved clinical decisions, and earlier detection.

Jordan Malone, a mechanical engineering major, a bronze medalist in the 2010 Vancouver Olympics, and a silver medalist at the 2014 Sochi Winter Games, dreamed of studying at MIT long before he became a decorated athlete. This first-generation college student initially took up speed skating to improve his odds of getting into the university of his dreams. “For most aspiring Olympians, earning medals is the ultimate accomplishment,” said Malone, “but for this aspiring engineer, I wanted to earn these medals to help me get into MIT.” Now Malone hopes to hone his skills as an engineer to one day improve the sport he loves.

Time and speed are also key factors for Li-Huei Tsai, Picower Professor of Neuroscience and director of the Picower Institute for Learning and Memory, but in a very different pursuit: the prevention and treatment of Alzheimer’s disease. She described a novel treatment recently developed in her lab that appears to protect brain cells from the ravages of Alzheimer’s. This breakthrough was possible, she said, because of MIT’s powerful combination of strengths, including an interdisciplinary culture in which ambitious research like hers can flourish. Tsai emphasized that these are traits that must be stewarded carefully, in order for MIT to remain a hub of discovery: “It takes the support of the MIT community to keep it going!”

President Reif closed the program with a warm thank you to attendees for adding their energy and commitment to the Better World Campaign and helping put “the optimism, the hope, and the talent” of MIT to work for a better world.

The Better World tour continues in January with an event in Houston, followed by a stop in Seattle in February and Miami in March. For more information, visit betterworld.mit.edu/events.