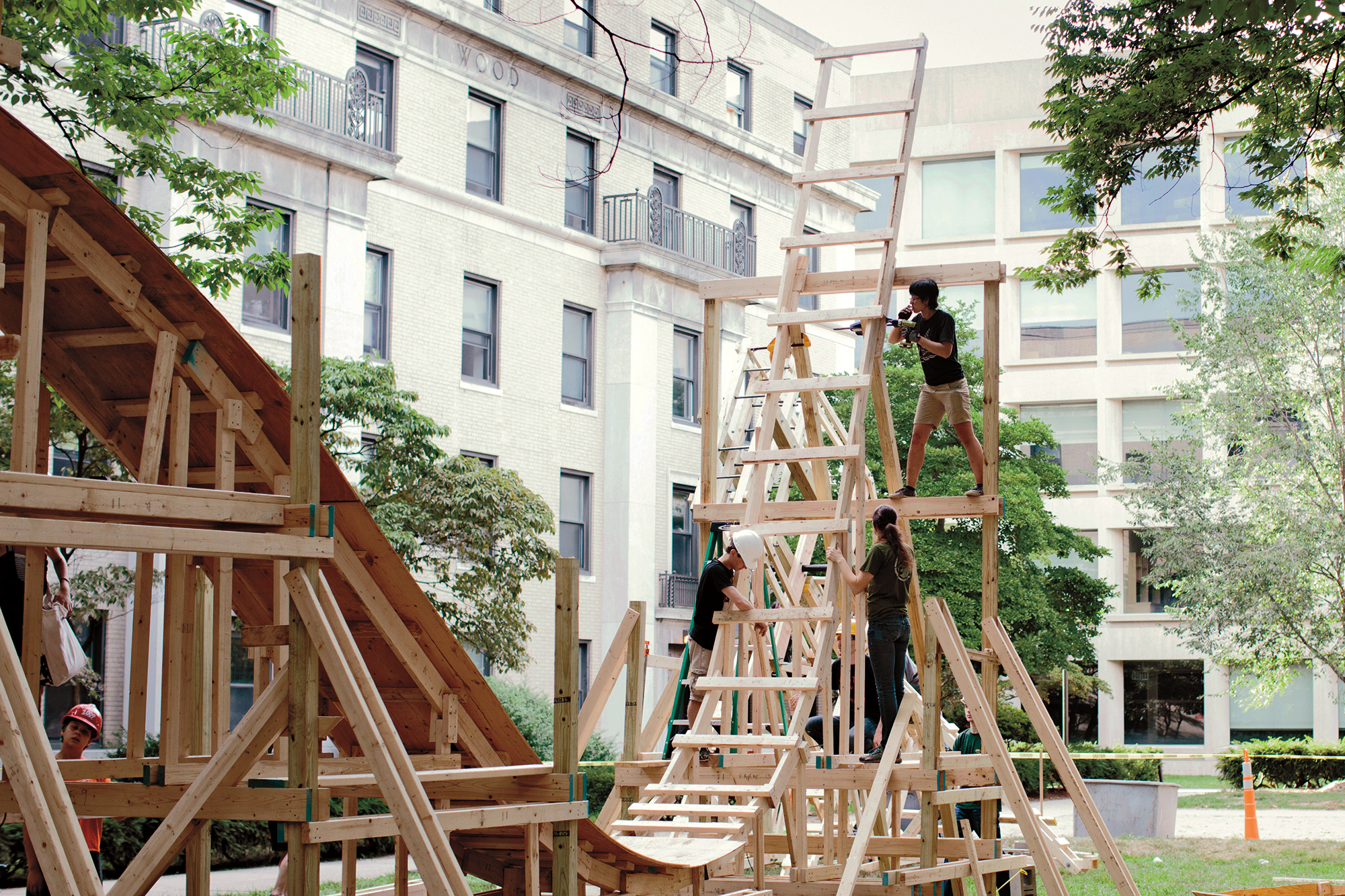 MIT students spend a lot of their time in labs, studios, and makerspaces, designing and building. So what do they do when it’s time to head back to the dorm and relax? Build more stuff. Each year, the students of the East Campus residence hall create a massive structure in their courtyard, such as a fort or amusement park, to welcome first-year students for Residential Exploration (REX) week.

The entirely student-run tradition dates back to 2004, when residents spontaneously decided to build a fully functioning roller coaster in the courtyard; after a few years of drawing increasing crowds (and official scrutiny), the coaster went on hiatus. August 2014 marked its triumphant return, featuring a 130-foot-long wooden track complete with two hills. This time, the plans were created on a 3-D printer, reviewed by a professional architect, and awarded a building permit from the City of Cambridge—along with approvals from MIT’s Facilities Department and the Environment, Health & Safety Office.

“We start informally in January or February scoping out what we are going to build,” says Henry Shackleton ’18, one of the REX co-chairs in 2016. That year, the dorm eschewed the coaster in favor of a three-story wooden fort, complete with a large netting for students to lounge on, bean bags, and such amusements as a carousel swing ride and a giant seesaw. “We were focusing on making it more of a place that people would come and hang out,” says Shackleton, a physics and philosophy major.

The two-week project consumes about half of the dorm’s annual $20,000 REX budget, but it’s worth it, says Shackleton, who remembers his own experience as a first-year student. “It was a great bonding experience where I got to know the upperclassmen and they got to know me,” he says. “And then you have this really cool thing to show off at the end.”