Climate Solutions Depend on Technology, Policy, and Businesses Working Together 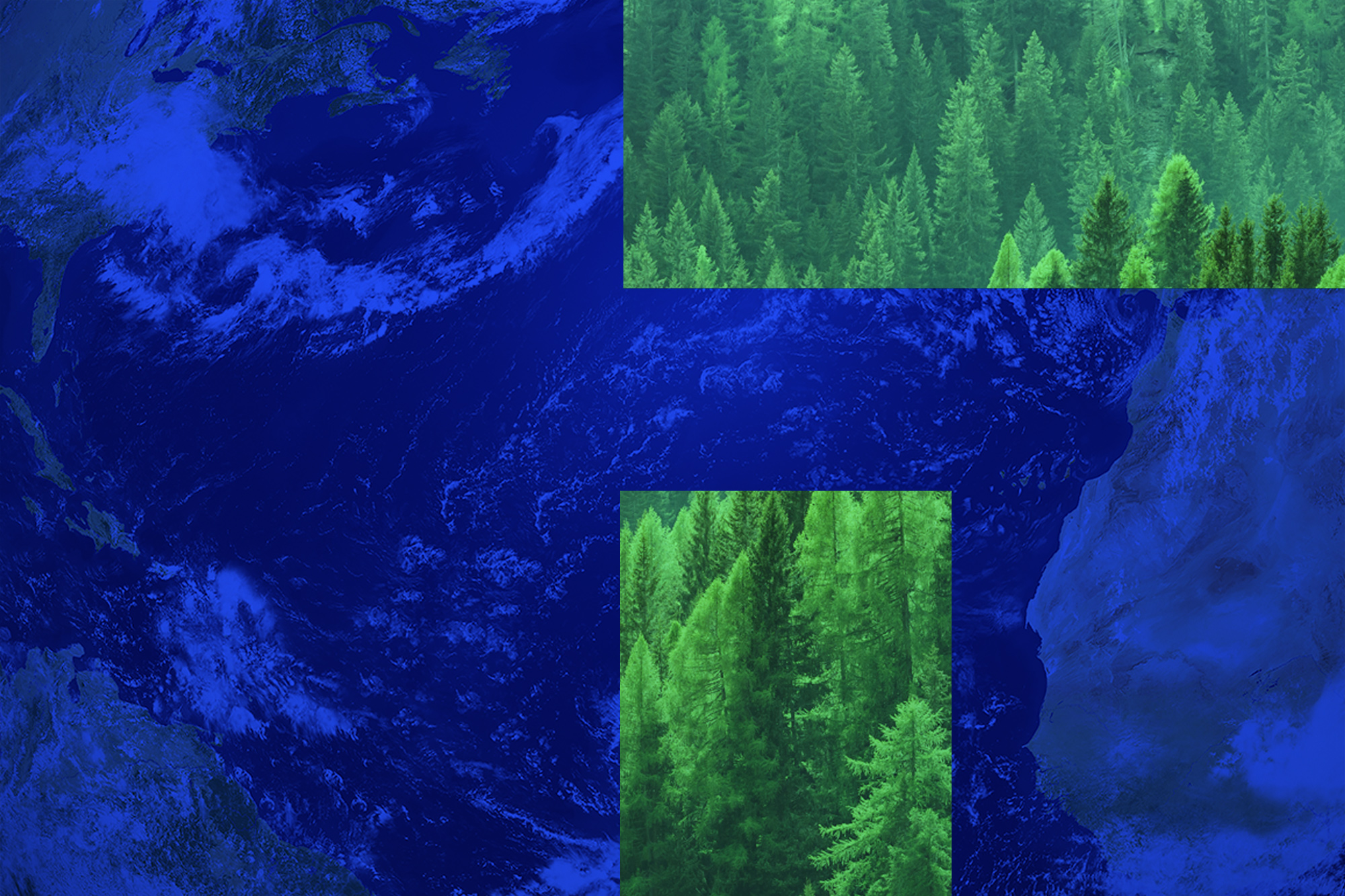 “The challenge for humanity now is how to decarbonize the global economy by 2050. To do that, we need a supercharged decade of energy innovation,” said Ernest J. Moniz, Cecil and Ida Green Professor of Physics and Engineering Systems Emeritus, founding director of the MIT Energy Initiative, and a former US Secretary of Energy, as he opened the MIT Forefront virtual event on April 21. “But we also need practical visionaries, in every economic sector, to develop new business models that allow them to remain profitable while achieving the zero-carbon emissions.”

The event, “Addressing Climate and Sustainability through Technology, Policy, and Business Models,” was the third in the MIT Forefront series, which invites top minds from the worlds of science, industry, and policy to propose bold new answers to urgent global problems. Moniz moderated the event, and more than 12,000 people tuned in online.

MIT and other universities play an important role in preparing the world’s best minds to take on big climate challenges and develop the technology needed to advance sustainability efforts, a point illustrated in the main session with a video about Via Separations, a company supported by MIT’s The Engine. Cofounded by Shreya Dave ’09, SM ’12, PhD ’16, Via Separations customizes filtration technology to reduce waste and save money across multiple industries. “By next year, we are going to be eliminating carbon dioxide emissions from our customers’ facilities,” Dave said.

Via Separations is one of many innovative companies born of MIT’s energy and climate initiatives—the work of which, as the panel went on to discuss, is critical to achieving net-zero emissions and deploying successful environmental sustainability efforts. As Moniz put it, the company embodies “the spirit of science and technology in action for the good of humankind” and exemplifies how universities and businesses, as well as technology and policy, must work together to make the best environmental choices.

Innovation in sustainable practices can be met with substantial challenges when proposed or applied to business models, particularly on the policy side, the panelists noted. But they shared some key ways that their respective organizations have employed current technologies and the challenges they face in reaching their sustainability goals. Despite each business’s different products and services, a common thread of needing new technologies to achieve their sustainability goals emerged.

Although 2050 is the long-term goal for net-zero emissions put forth by the Paris Agreement, the businesses represented by the panelists are thinking about the shorter term. “IBM has committed to net-zero emissions by 2030―without carbon offsets,” said Arvind Krishna, chairman and chief executive officer of IBM. “We believe that some carbon taxes would be a good policy tool. But policy alone is insufficient. We need advanced technological tools to reach our goal.”

Jeff Wilke LGO ’93, who retired as Amazon’s chief executive officer of Worldwide Consumer in February 2021, outlined a number of initiatives that the online retail giant is undertaking to curb emissions. Transportation is one of their biggest hurdles to reaching zero emissions, leading to a significant investment in Class 8 electric trucks. “Another objective is to remove the need for plane shipments by getting inventory closer to urban areas, and that has been happening steadily over the years,” he said.

Jim Fitterling, chairman and chief executive officer of Dow, explained that Dow has reduced its carbon emissions by 15% in the past decade and is poised to reduce it further in the next. Future goals include working toward electrifying ethylene production. “If we can electrify that, it will allow us to make major strides toward carbon-dioxide reduction,” he said. “But we need more reliable and stable power to get to that point.”

Maria T. Zuber, MIT’s vice president for research, who was recently appointed by President Biden as cochair of the President’s Council of Advisors on Science and Technology, stressed that MIT innovators and industry leaders must work together to implement climate solutions.

“Innovation is a team sport,” said Zuber, who is also the E. A. Griswold Professor of Geophysics. “Even if MIT researchers make a huge discovery, deploying it requires cooperation on a policy level and often industry support. Policy makers need to solve problems and seize opportunities in ways that are popular. It’s not just solving technical problems―there is a human behavior component.”

But businesses, Zuber said, can play a huge role in advancing innovation. “If a company becomes convinced of the potential of a new technology, they can be the best advocates with policy makers,” she said.

The question of “sustainability vs. shareholders”

During the Q&A session, an audience member pointed out that environmentalists are often distrustful of companies’ sustainability policies when their focus is on shareholders and profit.

“Companies have to show that they’re part of the solution,” Fitterling said. “Investors will be afraid of high costs up front, so, say, completely electrifying a plant overnight is off the table. You have to make a plan to get there, and then incentivize that plan through policy. Carbon taxes are one way, but miss the market leverage.”

Krishna also pushed back on the idea that companies have to choose between sustainability and profit. “It’s a false dichotomy,” he said. “If companies were only interested in short-term profits, they wouldn’t last for long.”

“A belief I’ve heard from some environmental groups is that ‘anything a company does is greenwashing,’ and that they’ll abandon those efforts if the economy tanks,” Zuber said, referring to a practice wherein organizations spend more time marketing themselves as environmentally sustainable than on maximizing their sustainability efforts. “The economy tanked in 2020, though, and we saw companies double down on their sustainability plans. They see that it’s good for business.”

The role of universities and businesses in sustainability innovation

“Amazon and all corporations are adapting to the effects of climate change, like extreme weather patterns, and will need to adapt more—but I’m not ready to throw in the towel for decarbonization,” Wilke said. “Either way, companies will have to invest in decarbonization. There is no way we are going to make the progress we have to make without it.”

Another component is the implications of artificial intelligence (AI) and quantum computing. Krishna noted multiple ways that AI and quantum computing will play a role at IBM, including finding the most environmentally sustainable and cost-efficient ways to advance carbon separation in exhaust gases and lithium battery life in electric cars.

AI, quantum computing, and alternate energy sources such as fusion energy that have the potential to achieve net-zero energy, are key areas that students, researchers, and faculty members are pursuing at MIT.

“Universities like MIT need to go as fast as we can as far as we can with the science and technology we have now,” Zuber said. “In parallel, we need to invest in and deploy a suite of new tools in science and technology breakthroughs that we need to reach the 2050 goal of decarbonizing. Finally, we need to continue to train the next generation of students and researchers who are solving these issues and deploy them to these companies to figure it out.”

This article was written by MIT Resource Development and was originally published on MIT News on May 4, 2021.

Health of the Planet