The Coldest Matter in the Universe

The Coldest Matter in the Universe 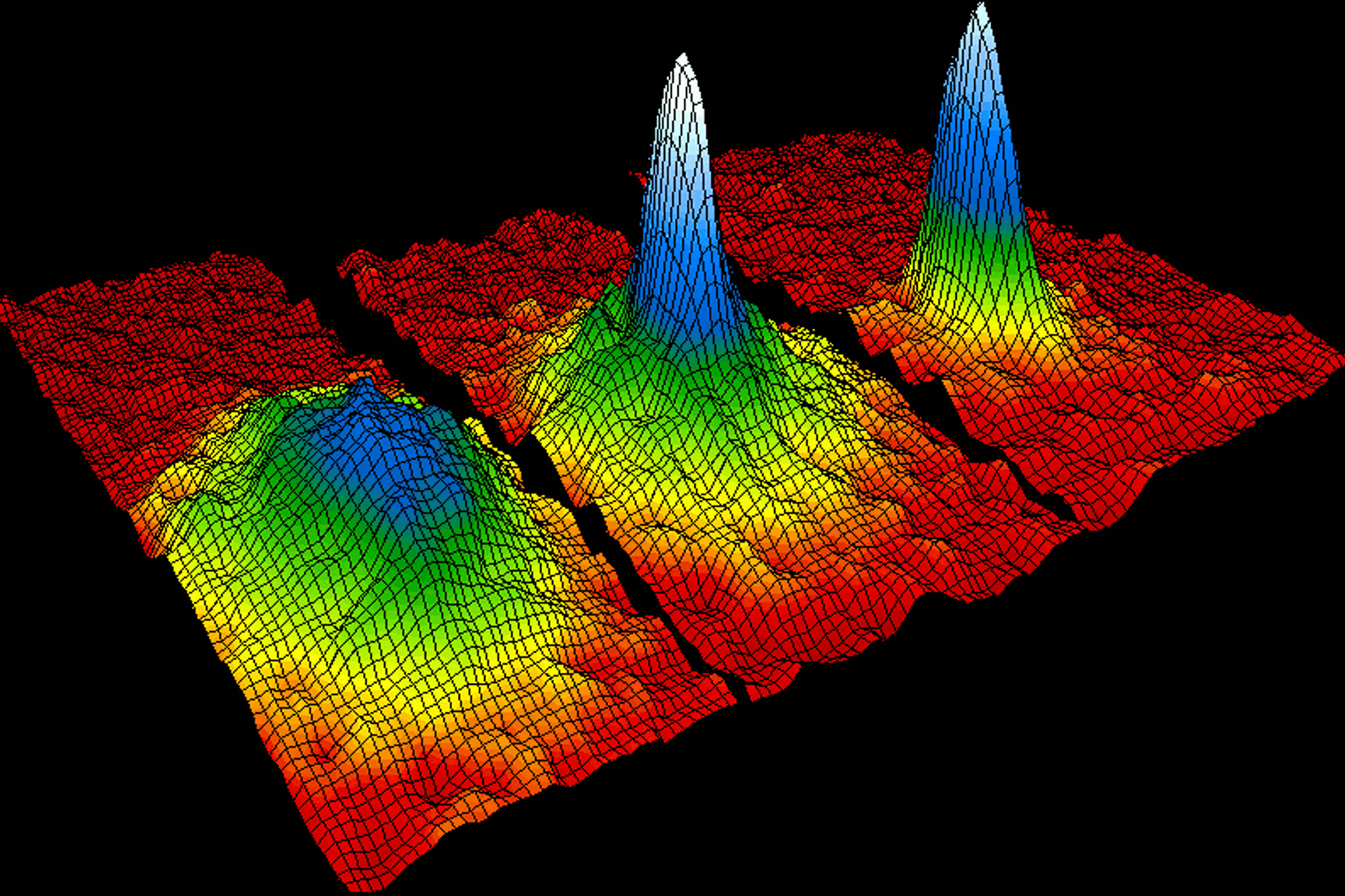 Ketterle, Cornell, and Wieman shared the 2001 Nobel Prize in Physics for discovering this new form of matter. Predicted in 1924 by Indian physicist Satyendra Bose and Albert Einstein, the condensate is an ultra-cold state of matter in which “atoms sing in unison.” Ketterle went on to build the first atom laser and create another type of matter with high-temperature superfluidity.