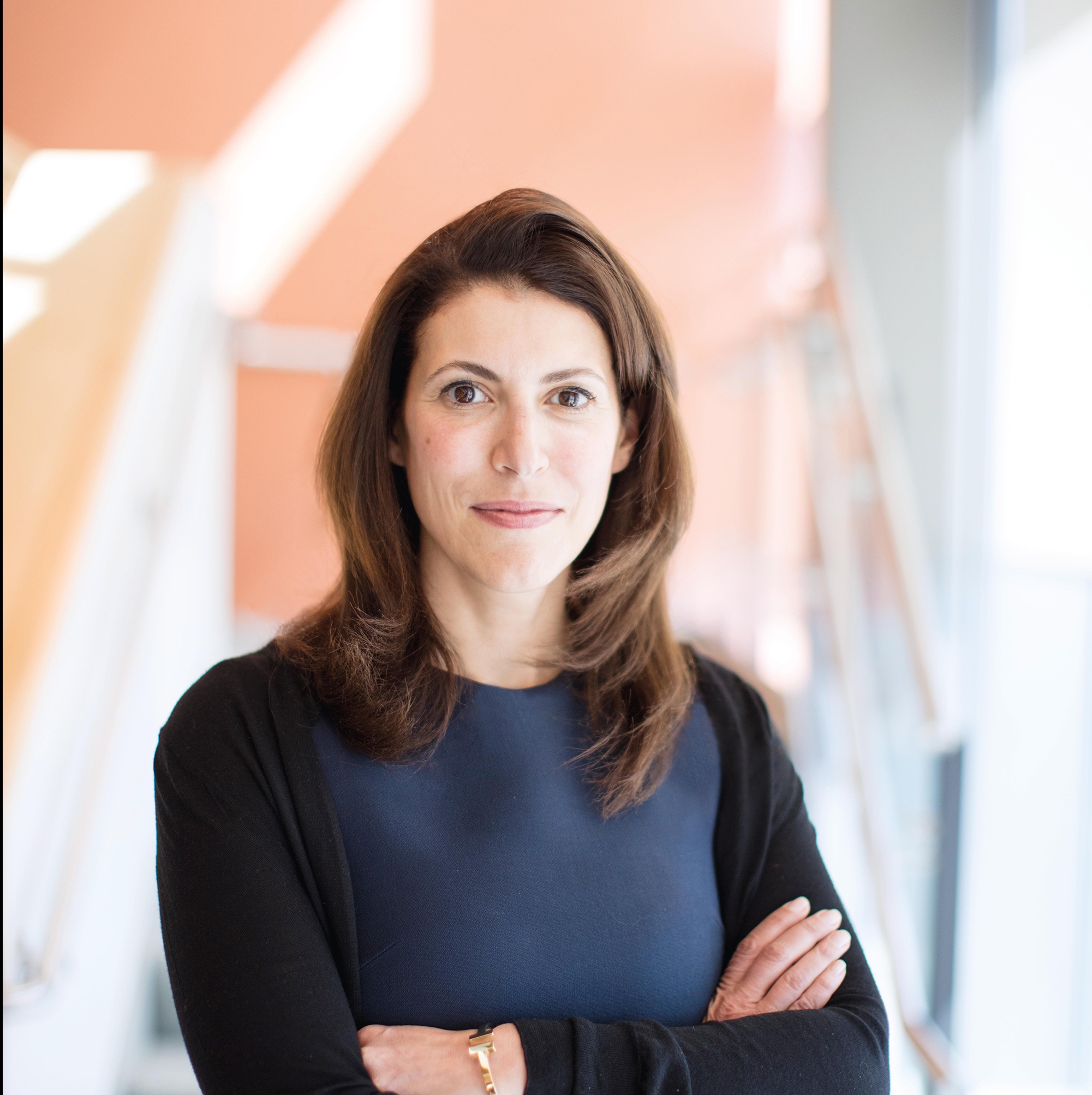 This article originally appeared in the Summer 2019 issue of MIT Spectrum.

Hala Fadel MBA ’01 is one of the most influential figures in the Arab region’s growing innovation economy.

“The MIT Sloan School of Management has a very special place among the universities I’ve attended,” she explains, “because it has a combination of three things that have changed my life.” These elements are the pervasive “entrepreneurial spirit” of the entire MIT campus, MIT Sloan’s unparalleled “platform for networking” with individuals from across the globe, and the Institute’s commitment to service. A founding partner at Leap Ventures, a venture capital investment firm based in Beirut and Paris, Fadel is dedicated to developing successful entrepreneurs and fostering the conditions that allow them to thrive. That passion was sparked by her experience at MIT Sloan and has grown through her many leadership roles at MIT, which include founder and chair of the MIT Enterprise Forum of the pan-Arab region, and MIT Sloan Executive Board member for the Middle East and Europe. This spring, she accepted the Institute’s most prestigious volunteer appointment when she joined the MIT Corporation.

Among top-tier MBA programs, Fadel believes that MIT Sloan is distinguished by its rare combination of “creativity, openness, and entrepreneurship,” reinforced by the scientific rigor that is in “the DNA of MIT.” These strengths enable the school to prepare business leaders who “understand technology, science, and the importance of rigorous processes in an organization, and at the same time are open and entrepreneurial and flexible enough to reinvent business.”

“Entrepreneurship all around the world is about solving problems,” she observes. While the Arab region has many challenges common to emerging markets, such as education, energy, and water, it also faces developed-market problems such as cybersecurity. These challenges are opportunities for entrepreneurs, Fadel says, but lack of practical support, and the fact that the entrepreneurial mind-set is not yet as familiar in the Arab world as in other regions, present barriers. The MIT Enterprise Forum’s startup competition for the pan-Arab region, which Fadel helped to create, is “a lifeline for many people who think differently.” A recent impact report on the competition’s first 12 years shows a thriving culture of entrepreneurship taking root.

“When I look at what education did for me and the doors it opened, I think it’s important to offer others the same access,” Fadel says.

“We receive about 10,000 applications every year, from 20 Arab countries,” Fadel says, proudly. “The competition has contributed to the creation of 14,000 jobs and about $500 million to the GDP of the region.” The number of female participants has increased 15-fold, with 51% of competing teams now women-led.

In her professional life and in her philanthropy, Fadel aims to create opportunity. “When I look at what education did for me and the doors it opened, I think it’s important to offer others the same access.” Her support for the Institute includes graduate fellowships at MIT Sloan and the new MIT Refugee Action Hub (ReACT). While most refugee initiatives focus on basic needs such as food and medicine, ReACT taps the potential of exceptionally gifted learners in displaced populations through MIT’s online MicroMasters programs. As a donor, Fadel is inspired by the opportunity to create a pathway for bright and ambitious individuals within refugee populations to “the world of better education and excellent science and technology.” This work, says Fadel, is a powerful example of a core MIT message: “You can be the brightest anywhere.”

Ultimately, Fadel’s passion for education is rooted in family. She and her husband, Robert Fadel, have three children; the eldest will begin college this fall. All parents, she believes, are “a university before the actual university,” whose curriculum includes instilling values, nurturing learning, and “creating curious people.”

In each aspect of her life, including her MIT leadership, Hala Fadel is guided by a belief in education’s power to inspire—and transform. For people in every region, she says, education offers a “path to fulfilling your potential and becoming who you are.”