Creative Learning at the Media Lab 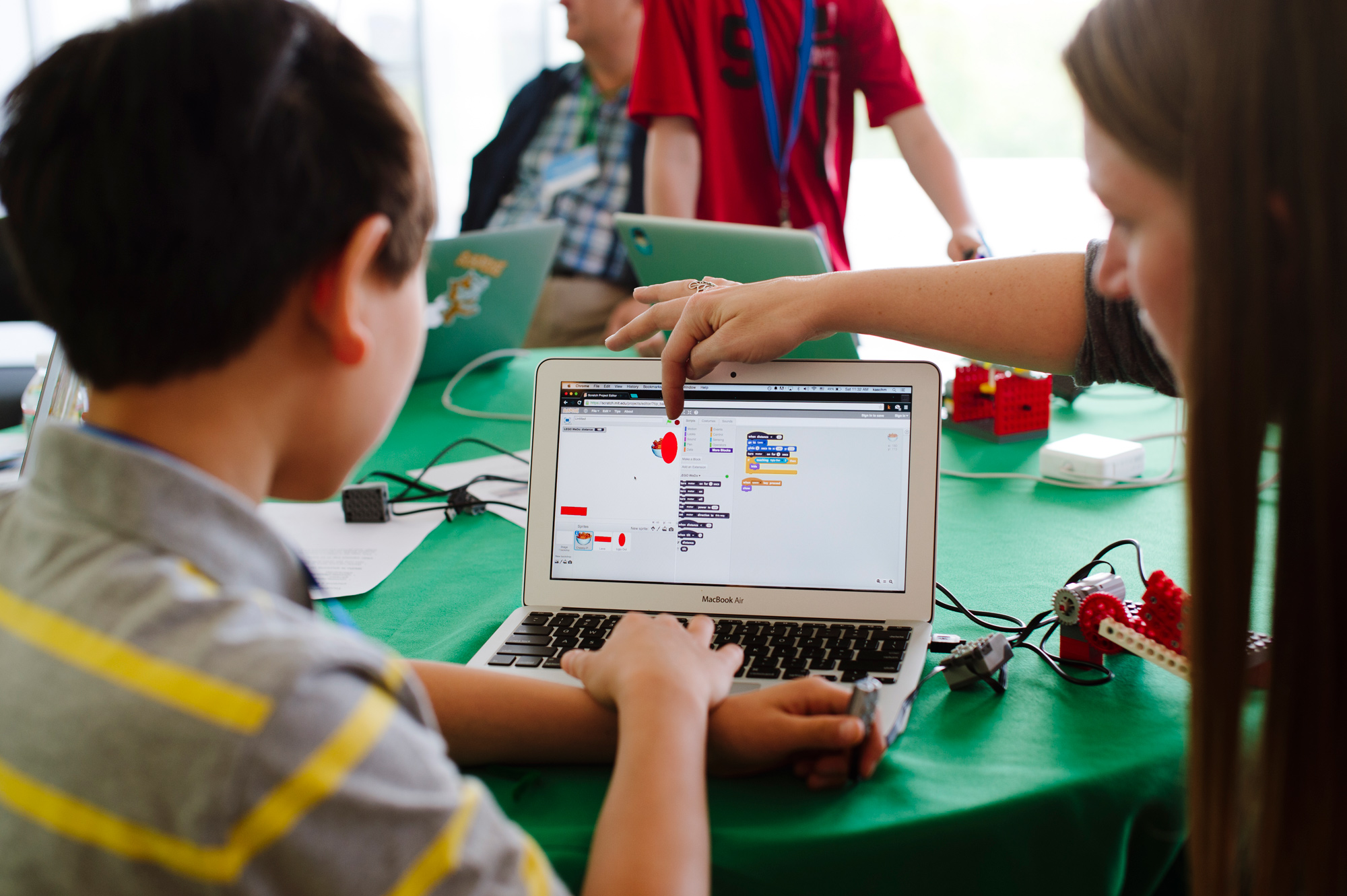 The Lifelong Kindergarten Group at the MIT Media Lab, led by Mitchel Resnick SM ’88, PhD ’92, is known for its educational innovations: the Computer Clubhouse Network, an after-school environment where kids from underserved communities learn to express themselves creatively with new technologies; a decades-long collaboration with the LEGO company begun by Resnick’s mentor, the late MIT professor Seymour Papert, which yielded the robotics kits branded as LEGO Mindstorms; and Scratch, a visual programming language that allows kids to construct interactive stories, games, and animations.

Lifelong Kindergarten is one of several groups comprising the Media Lab Learning Initiative, which promotes creative learning through four “Ps”: projects, passion, peers, and play. “A lot of the best learning happens,” Resnick explains, “when people are designing meaningful projects that build on their own passions in a playful spirit: starting with an idea, making a prototype, getting feedback from others, iterating, experimenting.”

Scratch is not only a programming language but a rapidly expanding online community. Every day, 20,000 new projects are shared in the Scratch online community, by kids around the world. According to Resnick, this presents an ideal opportunity for peer-to-peer learning: “We see kids building on one another’s work, collaborating with one another, and giving ideas to one another. When we started this site, we knew that we would make some tutorials for the kids, but we didn’t expect that the kids themselves would make thousands of tutorials for one another.” As kids create and share projects in Scratch, says Resnick, “they’re learning to think creatively, reason systematically, and work collaboratively – essential skills for everyone in today’s society.”

Now, one of Lifelong Kindergarten’s goals is to make that growing community ever more robust, from developing a mobile version of Scratch to integrating it with robotics or sensors. “There’s a lot of ways that Scratch can be more connected to the physical world and also to the online world,” Resnick says. And there’s another pressing need, driven by the fact that half of the 10-million-plus visitors to the Scratch site each month live outside the US: “As the Scratch community continues to grow, we have to think about how to scale up the moderation. How do we support young learners around the world who have come to the Scratch website, increasingly, speaking different languages? How can we localize Scratch so that images and sounds fit in with the cultures of the kids that are using them? There’s lots to do as Scratch continues to grow.”

School of Architecture and Planning Teaching Learning and Living