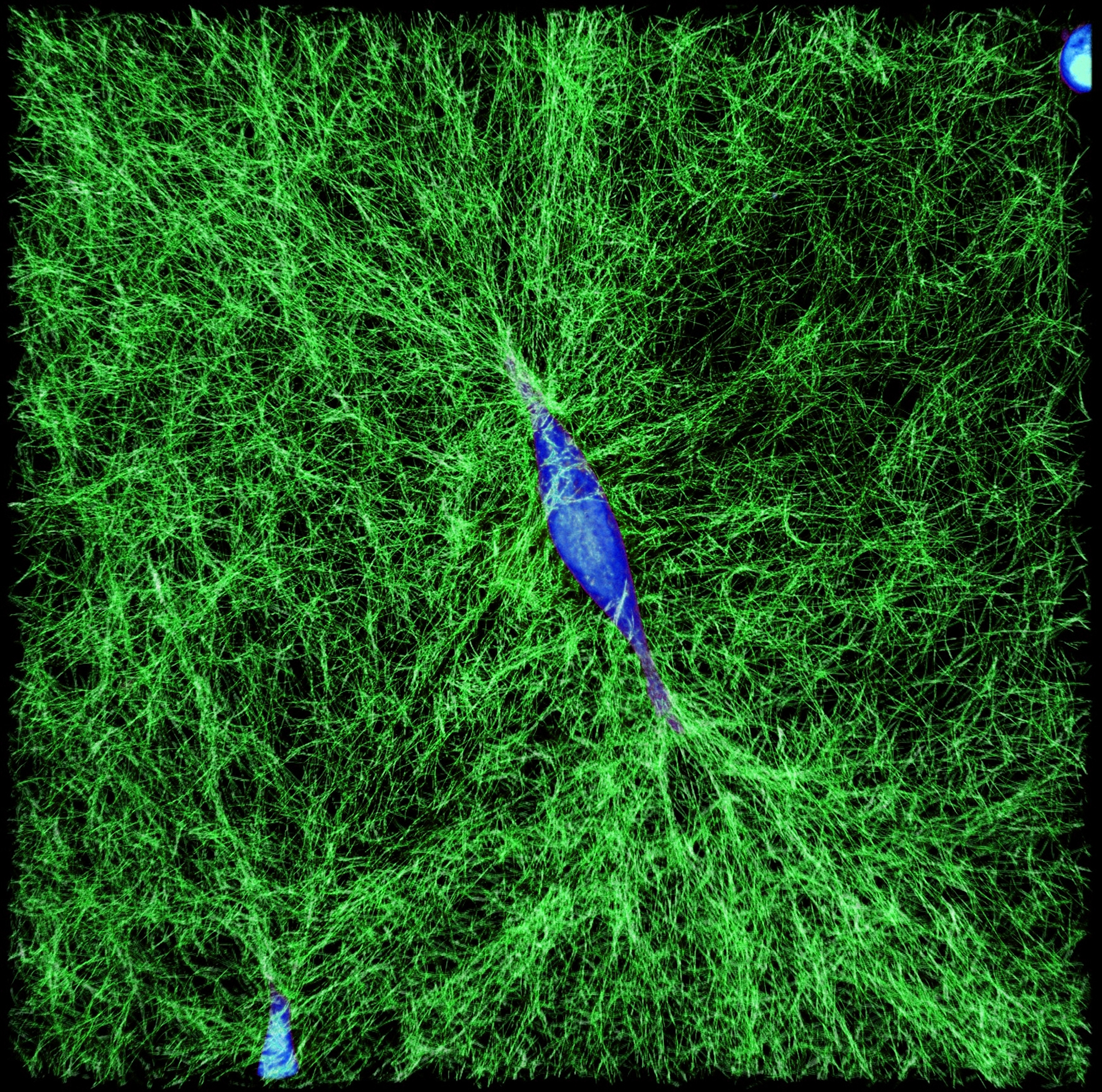 Key traits can help to indicate the presence of a certain disease. For example, cancer cells have been shown to be soft while asthma cells are often stiff. Currently, this information is probed by contact-only methods such as atomic force microscopes or optical tweezers, which use either a mechanical tip or a focused laser beam on a patient’s tissue to measure cell properties. Guo and his colleagues have now developed a safer, less invasive method of analyzing the mechanics of a cell, examining a small sample with a standard optical microscope.

“We came up with the method by simply observing the movement of organelles in the cell,” says Guo. The team took videos of cells under a microscope. They tracked the movements of individual organelles or particles within the cell at frequencies of 10 frames per second and higher. Then, by plugging the value of these movements into a generalized form of the Stokes-Einstein equation, they were able to calculate the exact stiffness of a cell.

“We found that high-frequency fluctuation can help us gauge cell stiffness and understand its mechanics,” says Guo. Understanding these mechanical properties can help doctors diagnose diseases on the spot. Guo has begun collaborating with doctors at Massachusetts General Hospital on applying this method to cancer and asthma cells. The hope is that doctors and researchers can test drug efficacy by measuring a cell’s mechanics before and after treatment.