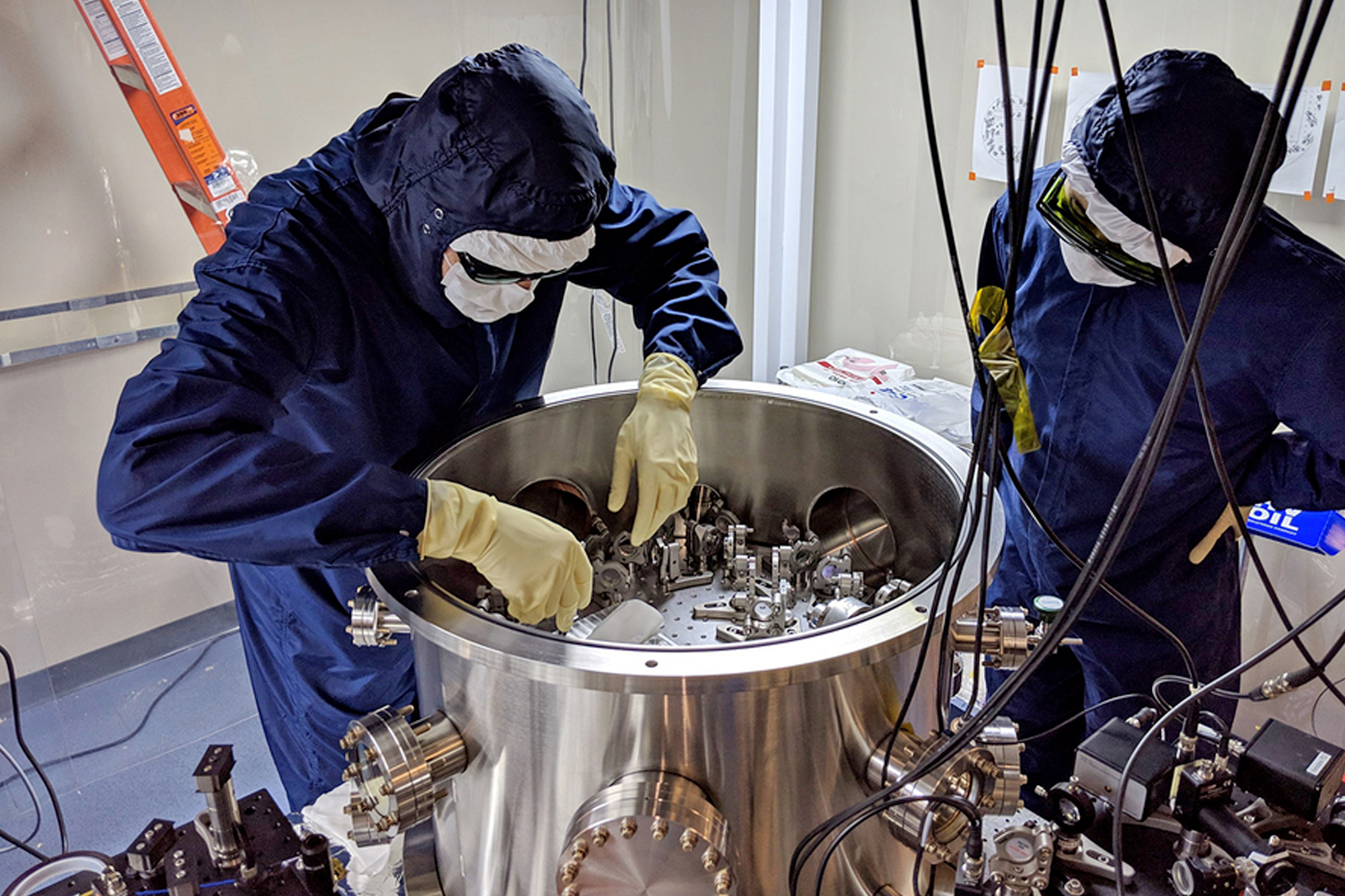 Nicholas Demos, a physics graduate student, didn’t travel a conventional path to MIT. A first-generation college student, Demos didn’t have a clear trajectory in mind when he first attended California State University at Fullerton after high school. “It was kind of the path of least resistance,” Demos says.

When his father passed away in the middle of his undergraduate studies, Demos left school to run the family business, Novatech Lighting Systems, which makes handheld spotlights. He ran the company for five years, but business didn’t suit him, he says: “The pursuit of money wasn’t motivating at all to me.”

As soon as his brother graduated and could take over the business, Demos was ready to go back to school—this time with a clearer purpose. He chose to study physics, since he’d always excelled in math and science. Demos was the only student in his high school class to pass the AP calculus exam and even had what he calls a “side hustle” of building and selling computers out of his garage.

His renewed determination for academics paid off. After his first year back at CSU Fullerton, Demos’s physics professor, Geoffrey Lovelace, asked him to join his lab. The following summer, Demos began researching gravitational waves, just as a more sensitive version of the Laser-Interferometer Gravitational-wave Observatory (LIGO) became operational.

“The detector was reaching a sensitivity where everyone thought it should work,” says Demos, “Being on the cusp of a big discovery was exciting.”

On September 14, 2015, a little more than a year after Demos began his research, LIGO detected a gravitational wave for the very first time. It thrilled everyone in the small but growing field, including Demos. The ability to observe gravitational waves provides “a totally different way to look at the universe,” says Demos. “It’s a big step forward for astrophysics; there’s potential for things we haven’t even thought of appearing. A lot of unknown unknowns.”

When Demos completed his undergraduate degree in 2017, he applied to MIT, hoping to continue working on LIGO. Matthew Evans, the MIT MathWorks Professor of Physics and Demos’ current advisor, says he was immediately impressed with Demos’ work. And according to Evans, Demos’s old advisor told him, “Nick was the best undergraduate he’d ever had.”

“LIGO is listening for the densest objects in the universe—neutron stars and black holes,” Demos says.

When these massive bodies near each other, they fall into a collapsing orbit, spinning faster and faster, closer and closer, until they collide.

“What LIGO detects is this chirp—this faster and faster, louder and louder signal—that is like the sound of spacetime vibrating,” Demos says.

These vibrations, or gravitational waves, travel vast distances through the universe, warping everything—stars, planets, people—in their path. What LIGO does is measure this stretching and squeezing of spacetime. “It’s basically a big, four-kilometer ruler,” Demos says.

To measure gravitational waves, a LIGO detector has dual four-kilometer vacuum chambers laid in an enormous “L” shape. Scientists split a beam of light and send it to the end of each chamber, where it bounces off of highly reflective mirrors and returns to the corner of the “L.”

When a gravitational wave ripples through the Earth, it will stretch one arm of LIGO while squashing the other. The light, which has a fixed speed and won’t warp with the rest of the world, then takes a different length of time to travel down each arm. The scientists can measure this difference to detect the wave.

The challenge is that the ripples caused by gravitational waves are minuscule since, despite appearances, gravity is a very weak force. In terms of the squashing and stretching, “we’re talking about these tiny, fractional changes,” says Demos, “roughly one-thousandth the size of a proton.”

This means that everything in the LIGO experiment must be extremely precise and very still. Otherwise, the gravitational wave signals will be lost in a sea of noise. Unfortunately, some sources of noise are harder to eliminate than others.

“The surface of the mirror is made up of atoms, and these atoms are jiggling about,” Demos says. “If you’re trying to measure something that’s smaller than a proton, that’s a problem, because your ruler is jiggling about on both ends.”

The noise from the movement of atoms, also called thermal noise, is nearly unavoidable—the motion only stops at the unreachable temperature of absolute zero. However, some materials have less of this thermal noise than others.

Demos’s job is to design and test new mirror materials to find those with the lowest thermal noise. In fact, he is one of the few people in the world able to test these samples. Matthew Evans and research scientist Slawomir Gras have developed the only apparatus able to quickly test full mirror samples, as opposed to just a single layer or a few layers of the materials used to coat the mirrors.

“Any coating that LIGO wants to use will first be characterized by our experiment,” Demos says.

The Evans lab is in the process of upgrading their setup to measure thermal noise across the surface of a sample, as opposed to only at a single point.

“This is a job which is really at the heart of progress in gravitational wave detection,” Evans adds. “Nick’s persistent determination to get things done has really made a big difference for us.”

In September, Demos was one of a select group of students in the School of Science to receive a $70,000 fellowship from MathWorks, a software company that produces mathematical computing programs like MATLAB and Simulink.

It’s particularly appropriate for Demos to win this fellowship, as he frequently uses MATLAB in his research. “He’s gone through all of our analysis software in MATLAB and really refactored that code from the ground up,” says Evans. He adds that Demos is very deserving of this award, but he’s not worried about the recognition going to Demos’s head.

“There’s a certain humility in his approach to things, which is not something you always find.”

This article was written by Kelso Harper and originally appeared on MIT News on October 28, 2020. (Image: Courtesy of the researchers)