Detecting Waves Across a Billion Years 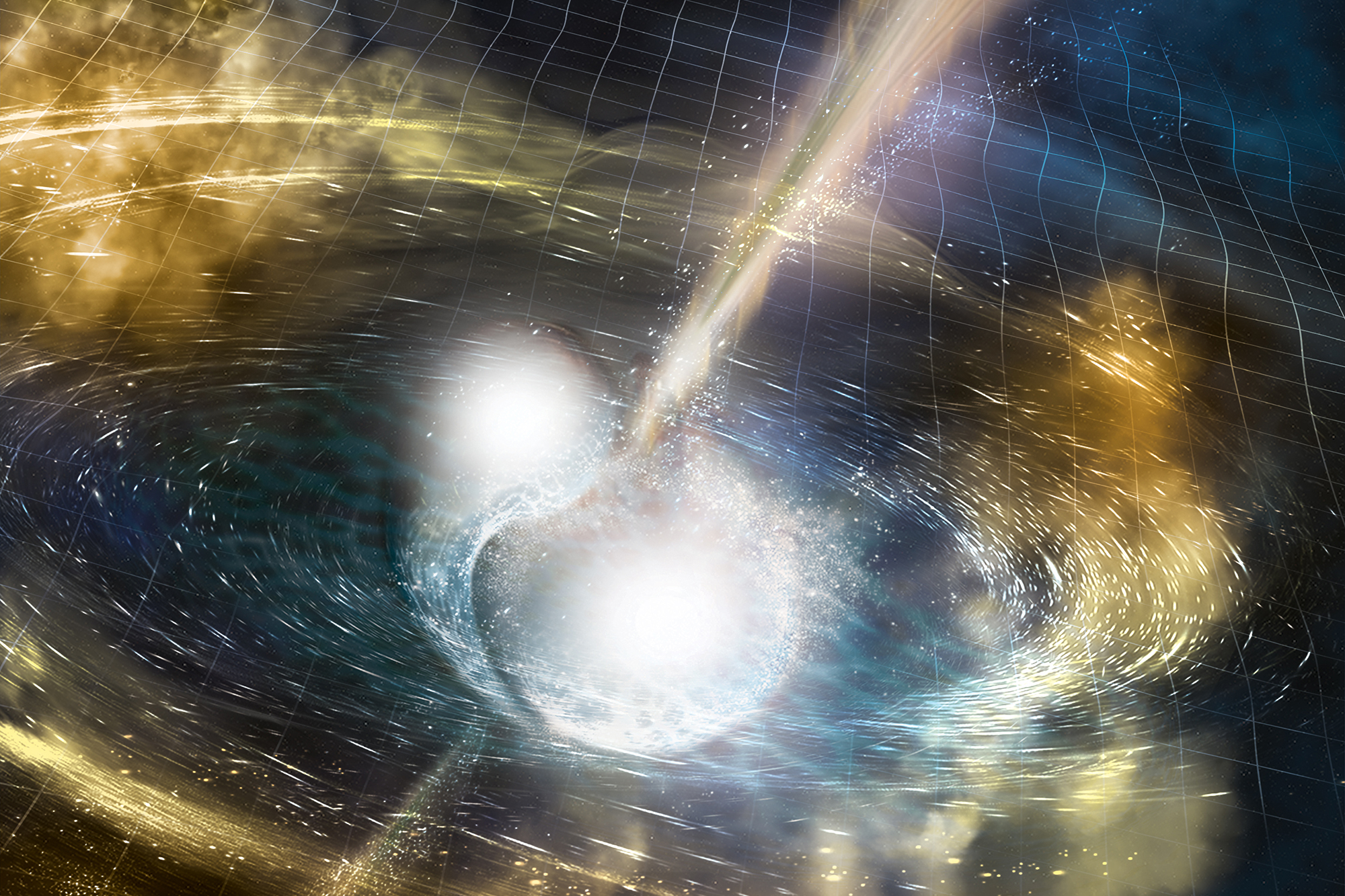 In his general theory of relativity, Albert Einstein predicted the existence of gravitational waves—ripples in the fabric of space time set off by violent cosmic events in the early universe, though he assumed these waves would be nearly impossible to detect. In February 2016, a century after Einstein changed our perception of the universe, scientists at MIT helped to prove his theory right when they announced they had detected gravitational waves arising from the collision of two black holes 1.3 billion years ago.

The waves were received at twin interferometers at the Louisiana and Washington State facilities of the Laser Interferometer Gravitational-Wave Observatory (LIGO), a joint project between MIT and Caltech. In each L-shaped device, a laser beam travels between mirrors spaced four kilometers apart. The distance between the mirrors changes, infinitesimally, when the gravitational wave passes between them. Once detected, the gravitational signal is converted into audio waves, enabling LIGO researchers to “hear” the sound of two black holes merging. In an MIT News report on the discovery, David Shoemaker SM ’80, director of the MIT Advanced LIGO Laboratory and current spokesperson for the international LIGO Scientific Collaboration, described the signal received in 2015 and publicized in early 2016 as “very large, extremely easy to understand, and absolutely, magnificently in alignment with Einstein’s theory.”

Rainer Weiss ’55, PhD ’62, professor emeritus of physics at MIT, was honored with the 2017 Nobel Prize in Physics for his role in this landmark discovery. (The prize was divided, with half awarded to Weiss and the other half jointly to Barry C. Barish and Kip S. Thorne “for decisive contributions to the LIGO detector and the observation of gravitational waves.”) Weiss first conceived of LIGO’s design in 1967 while teaching an MIT course on relativity; he refined the idea first on his own in the 1970s, and then with the colleagues from Caltech who would become his LIGO cofounders.

LIGO has been funded since 1992 by the National Science Foundation (NSF). “LIGO is an example of a high-risk, high-return investment in discovery-driven science,” Maria T. Zuber, vice president for research and E. A. Griswold Professor of Geophysics at MIT, as well as chair of the NSF’s National Science Board, told MIT News in 2016. “It is a triumph for federally funded research…. And while the discoveries reported here are already magnificent, they represent the tip of the iceberg of what will be learned about fundamental physics and the nature of the universe.”

Above: Artist’s illustration of two merging neutron stars. In August 2017, scientists directly detected both gravitational waves and light from such a collision. The discovery was made using LIGO, the Europe-based Virgo detector, and some 70 ground- and space-based observatories. Image: National Science Foundation/LIGO/Sonoma State University/A. Simonnet