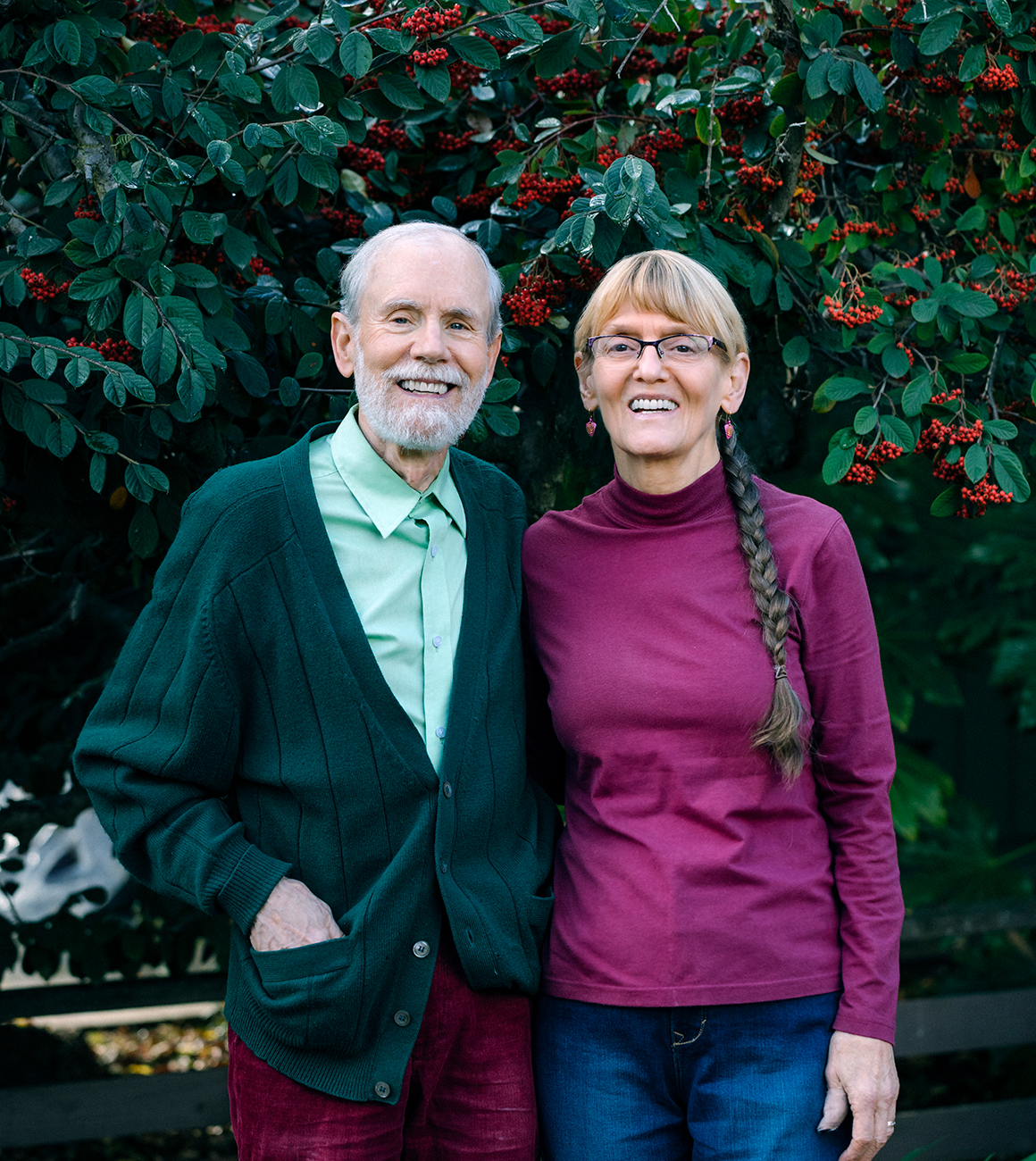 This story first appeared in MIT’s Corridor Newsletter in Spring 2019.

Bruce Heflinger has long been on the move—he’s logged 200,000 miles on his bicycle since making a home in California in 1983. Now retired from his career as an electrical engineer, he is giving back as a library volunteer and regular platelet donor. He sees planned giving at MIT through a Charitable Remainder Unitrust (CRUT) and annual qualified charitable distributions from his IRA as another way of contributing to the making of a better world.

Income for the present.
Heflinger and his wife Mary are both philanthrop­ically minded, supporting their alma maters and the causes that are important to them. After making smaller annual gifts to MIT for decades, Heflinger chose to establish a CRUT because it is mutually beneficial for their household and the Institute. “The CRUT provides lifetime income for household expenses,” he says. “The principal grows as part of MIT’s professionally managed endow­ment, and the payout to us grows proportionally.” In the future, the remainder from Heflinger’s CRUT will provide undergraduate scholarships, with a preference for underrepresented minorities and women.

Illuminating ocean chemistry.
When deciding how to allocate annual distributions from his IRA account, Heflinger was driven by his concern for ocean pollution and overfishing—though he had never studied ocean ecology. “Collapse of the oceanic food chain would be catastrophic to the biosphere, including a growing human population. Funding of oceanic studies will extend baseline knowledge to guide policy decisions,” he says. For that reason, Heflinger allocated his IRA distributions to the research of marine biogeochemist Andrew Babbin, the Doherty Assistant Professor in Ocean Utilization in the Department of Earth, Atmospheric and Planetary Sciences, and his students, who work in the eponymous “Bablab.” The initial contribution allowed the Bablab to purchase equipment that analyzes nitrates and other components in ocean water, and also supported three MIT undergraduates during a three-week oceanographic research expe­dition to the Pacific.

The power to build a better world.
“MIT is uniquely capable of teaching new generations to invent and apply engineering know-how to mitigate harms in the natural world,” Heflinger says. “I view MIT as a technology incubator for the future of the planet. It’s a concentration of brilliant people solving relevant problems in imaginative ways.”

“The magic of investment.”
Heflinger’s first work experience took place in a gold mine northwest of Fairbanks, Alaska, which his father owned and operated for 70 years. “The work was not as glamorous as it sounds,” he says, “but the earnings paid my MIT tuition.” He credits both MIT and his family’s smart investments as sources of his success. “The knowledge I gained and the degrees I earned at MIT have enabled me to land secure and rewarding employment. The magic of investment has done the rest.”