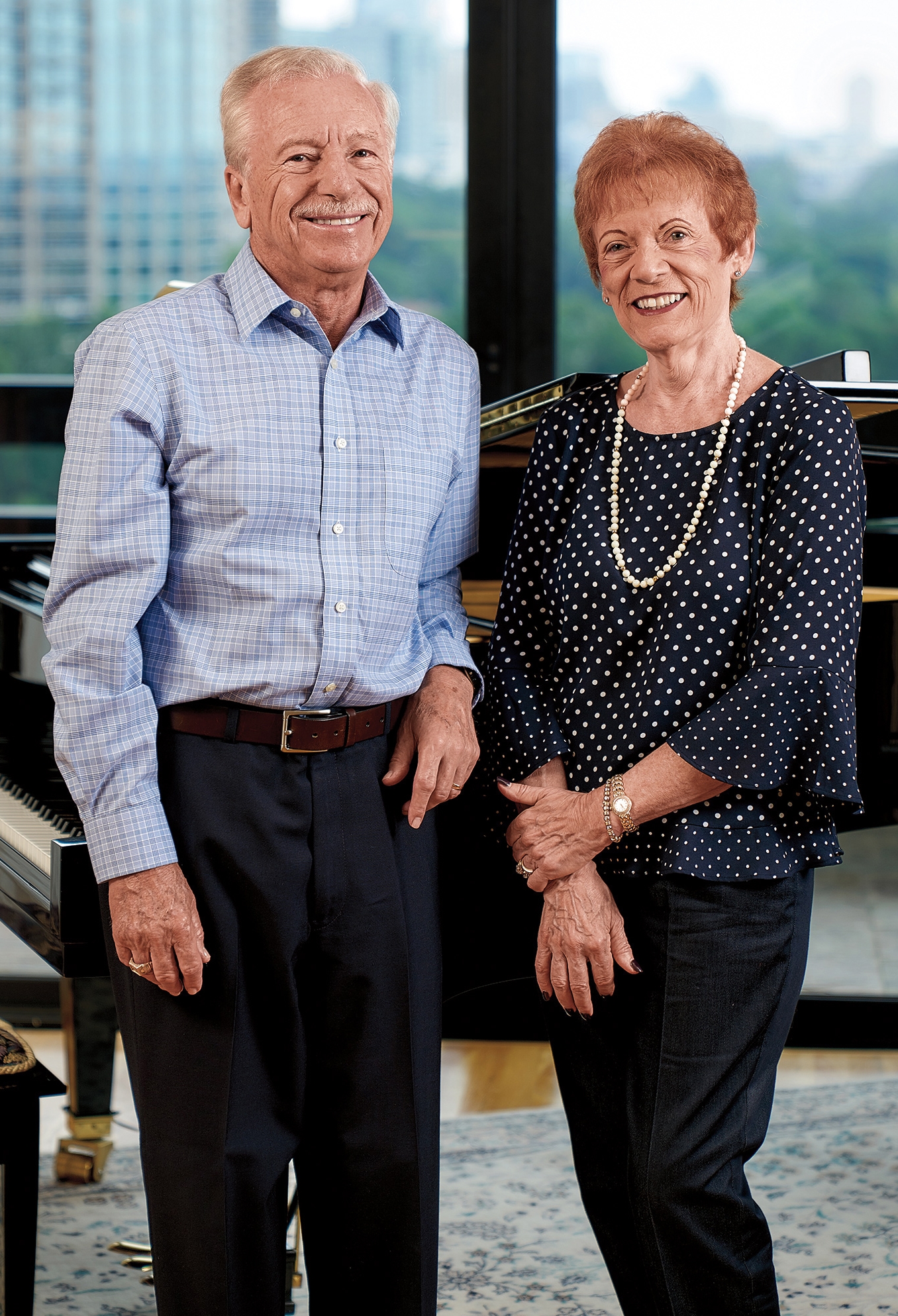 Encouragement at a Pivotal Moment

For Robert Ratonyi ’63, SM ’64, MIT is a pivotal chapter in an extraordinary life story that has spanned the struggle to survive the Holocaust as a young child in 1940s Budapest all the way to a highly successful career in the American business world. At age 18, in the aftermath of the Revolution of 1956, Ratonyi escaped communist Hungary for the West and ended up in Montreal, where he met his future wife Eva Vero, also a Jewish-Hungarian refugee.

Robert, who has worked in mergers and acquisitions and investment management as a senior executive in large corporations and with his own firm, credits much of his success to his MIT education and subsequent business degree from Drexel University. “I would have never been able to accomplish as much as I did in my business career without my engineering education,” says Robert. “MIT taught me how to solve problems analytically and helped me develop an approach to business that is very organized, methodical, and logical.” But Robert’s time at MIT almost didn’t happen. He credits his father-in-law, Andrew Vero, with giving him the inspiration and encouragement to pursue the idea when it seemed impossible. The Ratonyis recently endowed a scholarship fund to honor Andrew Vero’s memory and legacy and provide much-needed support to MIT students.

As a young immigrant with immense talent but modest means, Robert was working as a mechanical draftsman and taking night classes toward an engineering degree from McGill University when he says he applied to MIT as an act of “bravado.” When his acceptance letter arrived, Robert felt validated intellectually but brushed off the prospect of actually attending MIT, believing he could not afford it. His future father-in-law happened to be visiting from New York City, and was “more excited than I was to hear about the acceptance letter,” remembers Robert. “He dismissed all my objections to the cost of attending MIT, and he wanted me to pursue the invitation.” As an incentive, Vero offered to drop Robert off in Cambridge on his way back to New York City. He insisted that the very least Robert could do was to visit MIT and meet with admissions officials. Robert did so and was promised loans and scholarships if his grades met the requirements. He began his studies at the Institute in the fall of 1961.

“Not until I learned a lot more during the ensuing years about my father-in-law’s past did I understand his feelings,” explains Robert. Vero, a fellow Holocaust survivor, was denied the opportunity to attend college because of the anti-Semitic laws passed in Hungary in 1920. In Robert, Vero saw the chance to succeed that he never had.

“Education is extremely important to us,” says Eva, who earned a bachelor of science in math and physics from Temple University and a master’s degree in management science at the University of Texas at Dallas. “Without MIT, we would not have progressed from just having the clothes on our back and loans to pay off to all we have accomplished in this world.”

Now living in Atlanta, Robert and Eva are committed donors to the arts, Jewish organizations, and education, and Robert remains active in the MIT community. He founded the Atlanta MIT Enterprise Forum along with several other alumni and for many years organized the reunion of his Sigma Alpha Mu fraternity brothers. And for the last several years, he has been working as an educational counselor with high school students who have applied to MIT. “I still treasure the MIT connection,” he says.