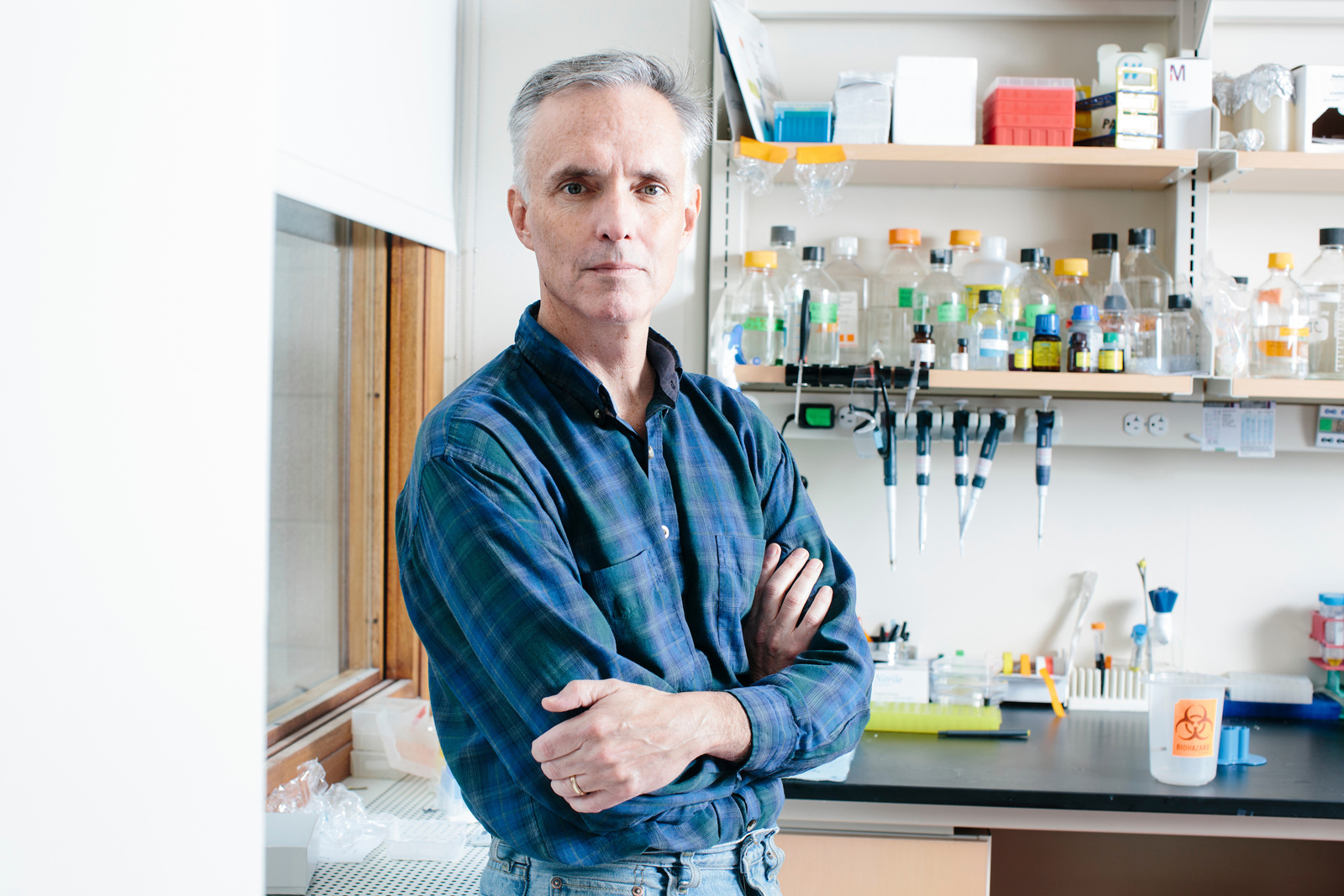 Within weeks, he was charging ahead on multiple research fronts to help address the rapidly expanding threat of Covid-19, the disease caused by the SARS-CoV-2 virus. These efforts, focused on new technologies to deliver accurate Covid-19 diagnoses quickly and conveniently, have yielded an FDA-approved rapid test and a diagnostic mask, both made possible by the latest advances in CRISPR and machine learning, and a multidisciplinary team that leapt into action.

“As the pandemic unfolded in February and early March 2020, more and more people wanted to do what they could to help out,” says Collins. “As a lab director, I began working to figure out how we could best contribute to fighting the pandemic.”

In many ways, Collins was perfectly positioned to take on the crisis. A driving force behind the field of synthetic biology, the engineering of biological parts and systems at the molecular level, he was already focused on pathogens and their impacts on human health. Affiliated with the Broad Institute of MIT and Harvard and Harvard University’s Wyss Institute, Collins could count on a deep bench of students, postdocs, and collaborators in bioengineering, physics, computer science, chemistry, and microbiology. Further, he was a cofounder and director of the startup Sherlock Biosciences, which is pioneering the application of CRISPR technology and synthetic biology to transform molecular diagnostics.

Collins and his partners swiftly realized they could repurpose some of their bioengineering work and pivot to focus on Covid-19. The first effort out of the gate involved Sherlock Biosciences. This biotechnology company, launched in 2018, is built in part around a unique diagnostic platform originally devised by Collins and Broad and MIT colleague Feng Zhang, the James and Patricia Poitras Professor in Neuroscience at MIT. Their method, which harnesses CRISPR technology to detect minute amounts of DNA or RNA and thereby identify pathogens, had been used successfully to detect the Zika and Ebola viruses.

“In February, in a matter of a few weeks, our team at Sherlock Biosciences was able to develop a SARS-CoV-2 test that has 100 percent specificity and 100 percent sensitivity at a fraction of the cost of PCR [polymerase chain reaction, the most commonly used, high-accuracy test] and can produce a result in a fraction of the time,” says Collins. In May, this test became the first FDA-authorized use of CRISPR technology to hit the market.

Seeking avenues for even greater impact, Collins and Sherlock researchers also began developing a point-of-care version of this CRISPR diagnostic test. “We want to eliminate the need for centralized testing, which is currently the dominant testing infrastructure,” Collins explains. “We envision setting up facilities at workplaces and at schools that could process results in 25 minutes, unlike most PCR tests conducted at centralized facilities, which take several hours.”

Collins also launched a third research effort, a venture into wearable diagnostics at his Wyss Institute lab. “We have developed a face-mask insert based on our freeze-dried, cell-free synthetic biology technology that collects water vapor and droplets given off during the normal acts of breathing, talking, coughing, and sneezing,” he says. “If the virus is present, CRISPR elements detect it and the results read out on a flow strip similar to a pregnancy test, in roughly an hour.”

Collins notes this diagnostic insert is intended exclusively as a personal surveillance scheme. “It wouldn’t have the readout on the outside like a scarlet letter, but as a way of offering additional functionality to masks, which people should be wearing anyway,” he says. Better diagnostics and continued containment will be essential for months to come, even as vaccinations continue, Collins believes, because we won’t soon reach the required levels of collective immunity for return to normal life. 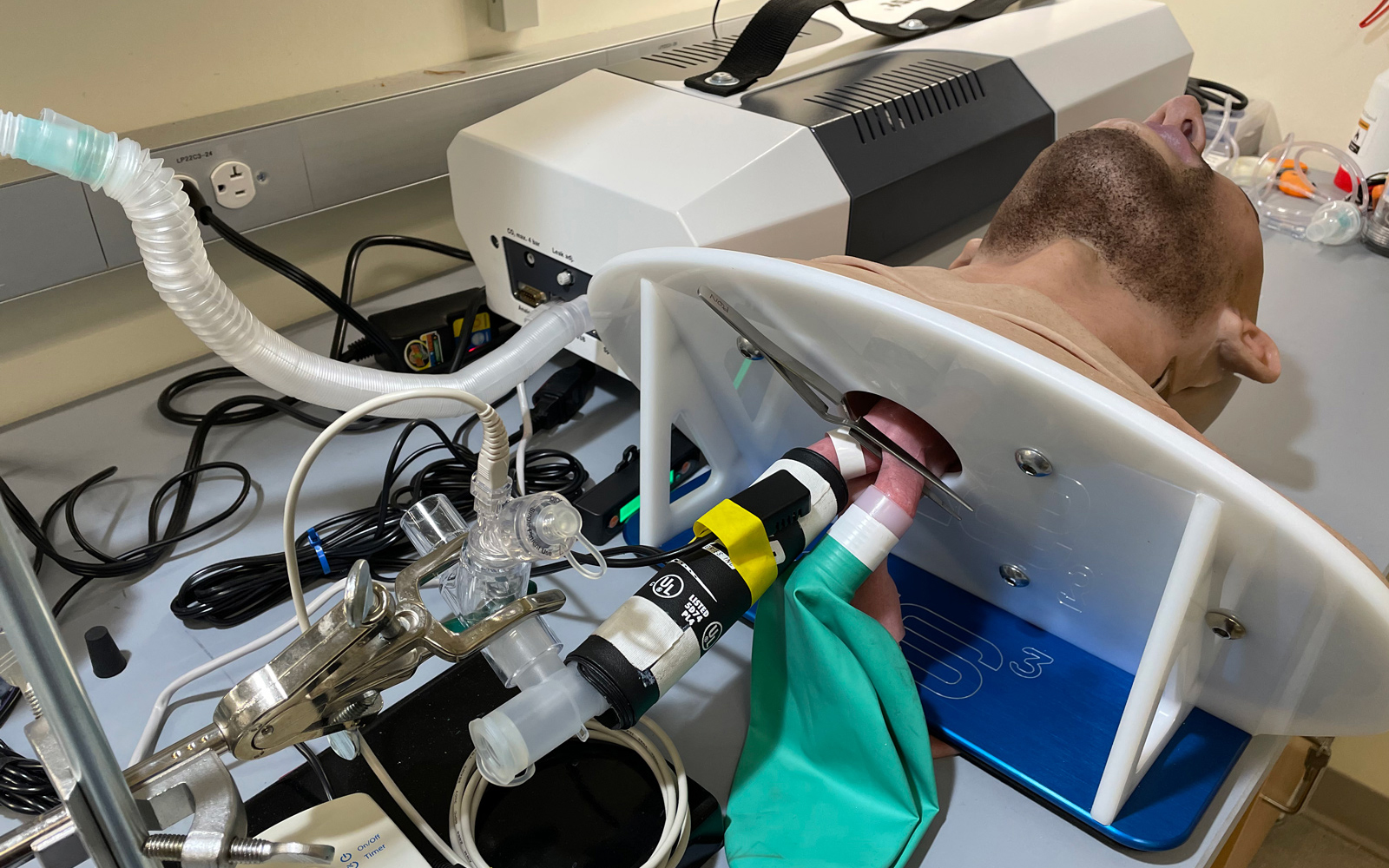 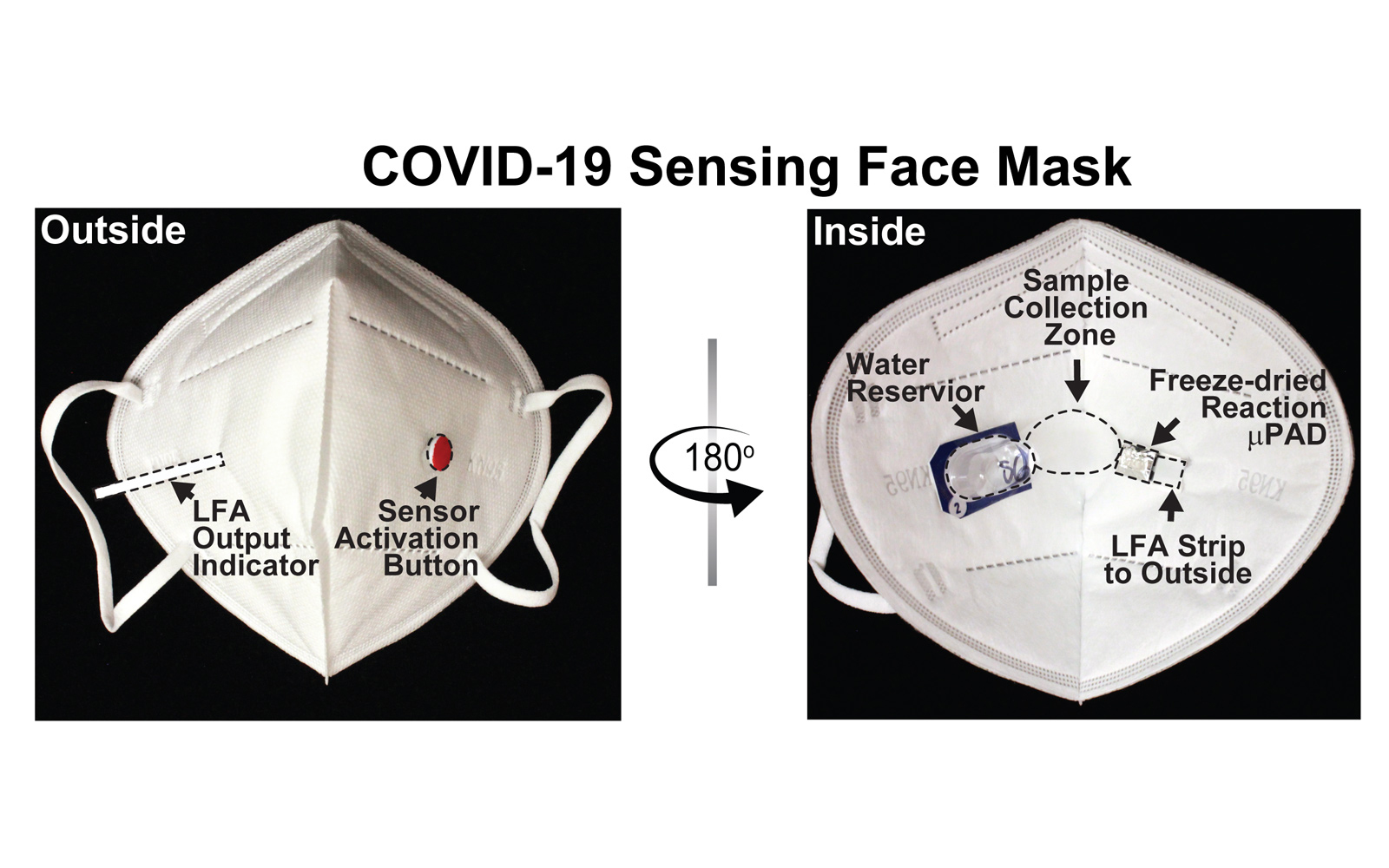 Difficult, high-impact problems have long appealed to Collins. When his two grandfathers became disabled—one blind, and the other partly paralyzed by stroke—Collins wanted to acquire the tools for restoring human functions. In high school and college, he immersed himself in physics, math, and biology. After studying medical engineering on a Rhodes Scholarship, he spent a decade at Boston University developing neurological and physiological aids to improve balance control and sensory function. Then Collins’s mentors suggested he look into “what an engineer could do in molecular biology,” he says.

“The room for creativity in the field was expansive,” he comments. “There were so many things we could do both in basic and applied sciences.” While training himself in this new discipline, he discovered that the most intriguing questions “lay at the interface of engineering and biology, and that this was where we could be most innovative and impactful.”

Collins has invented dazzling technologies, including genetic circuits that enable new functions in cells and a process for freeze-drying a cell’s genetic machinery onto paper, where it can later be rehydrated. These techniques serve as the scaffolding for a range of biomedical diagnostic tools, including those that target viral and bacterial infections. But Collins has also harnessed his bioengineering breakthroughs to crack another problem of critical importance.

“Antibiotic resistance is one of the existential threats to humankind,” he says. “And it has figured prominently in the pandemic—50 percent of Covid patients who die have a bacterial coinfection.” With Regina Barzilay, the School of Engineering Distinguished Professor for Artificial Intelligence and Health, Collins is applying machine-learning algorithms to plumb vast molecular databases for antibacterial properties. The first result of this partnership was announced in February 2020: a compound called halicin that proves broadly effective against such dangerous bacteria as Clostridium difficile and Mycobacterium tuberculosis.

Collins and Barzilay co-lead the Abdul Latif Jameel Clinic for Machine Learning in Health at MIT, which is focused on applying artificial intelligence (AI) to challenges in health care. With a major award from The Audacious Project, a TED venture to find solutions to the world’s most urgent challenges, they are expanding their use of AI to avert a lethal microbial plague. “Even in the midst of this pandemic, we have been advancing our work to discover and design new classes of antibiotics against the world’s deadliest bacterial pathogens,” says Collins.

Expanding this arsenal against pathogens is essential preparation for the next, inevitable pandemic. The worldwide response to Covid-19 revealed weaknesses, Collins believes. “We are behind in developing diagnostics, especially at-home, point-of-care diagnostics; we need better technology in place for appropriate and meaningful contact tracing; and we should encourage more young people to use their talents to tackle problems in infectious diseases,” he states. “We need to do a much better job for the next pandemic.”

This article was written by Leda Zimmerman and originally appeared in the Spring 2021 issue of MIT Spectrum.