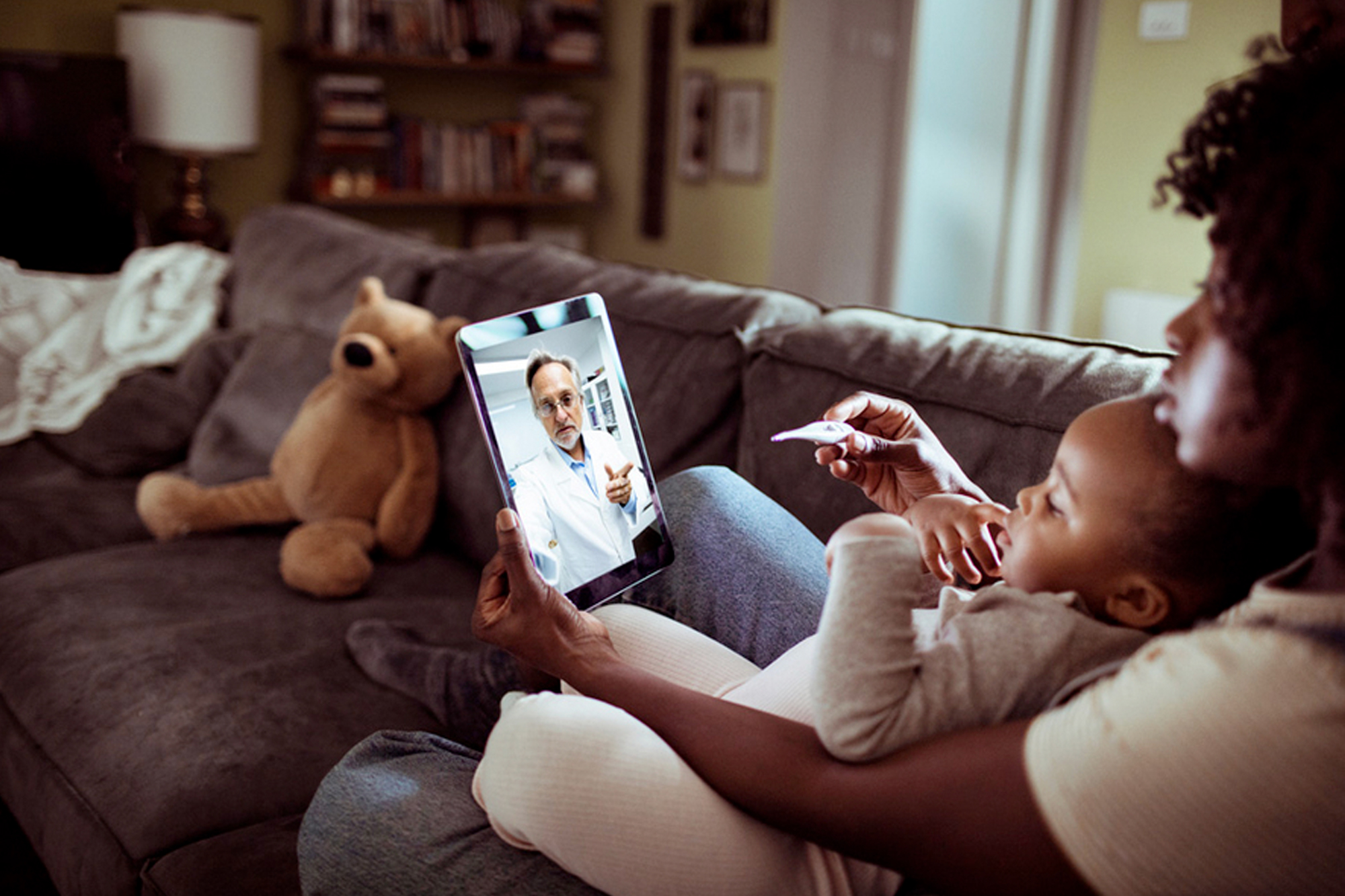 This article was written by Zach Winn and originally appeared on MIT News on September 25, 2020.

Earlier this year, a little girl was struggling with a neurological condition that caused her to have 20 to 30 seizures a day. Her parents were working with a neurologist on a treatment plan, but they wanted a second opinion. Rather than trying to find a far-away, top-rated neurologist to get an appointment with, they used the services of InfiniteMD, a company that virtually connects patients and their families with some of the top medical specialists in the world.

Through the service, a leading pediatric neurologist reviewed a summary of the girl’s medical records and advised a different medication. Today, the girl is nearly seizure-free and is being weaned off some of her previous treatments. The parents report their daughter is now regaining the ability to eat soft food and is laughing and kicking playfully during bath times.

The breakthrough shows the power of broadening access to the world’s leading medical minds. That’s what InfiniteMD has been doing for the last four years, often with dramatic results.

The company combines a network of top physicians with a platform that pairs patients with specialists, organizes patient files for review, and facilitates connections via video chats or written reports. The consultations can help patients with treatment plans, diagnoses, test results, and more.

“Second opinions and expert consults are inherently complex,” InfiniteMD co-founder and Chief Operating Officer Christopher Lee PhD ’18 says. “Someone has a serious diagnosis or disease, then they have 30 minutes or 60 minutes to share everything about their care with a world-leading expert. In order for [the specialist] to be brought onto the same page and create a valuable interaction, there are a million moving parts that need to come together.”

As Covid-19 has increased the demand for telehealth services, InfiniteMD’s team has taken steps to bolster its offerings in hopes of further improving access to the world’s top physicians. In August, the company agreed to be acquired by ConsumerMedical, a large organization that helps guide patients through the health care system, among other patient advocacy work.

“Right now, we basically say to patients, for example, ‘You shouldn’t get this surgery, you should do physical therapy instead,” InfiniteMD co-founder and Chief Executive Officer Babak Movassaghi MBA ’14 says. “But then what? Where should patients go? ConsumerMedical has an algorithm to connect you with the right doctor. They can make an appointment for you, and follow up with you, so [the acquisition] just made sense.”

Movassaghi had an unconventional path to entrepreneurship, having first enjoyed a 13-year football career in NFL Europe before studying theoretical physics as a graduate student in his home country of Germany. After earning his PhD in medical physics from the University of Utrecht in 2005, he began a career in the health care industry. But a passion for entrepreneurship brought him to MIT, first to participate in the MIT Sloan School of Management’s Entrepreneurial Development Program (EDP) in 2011, then as part of the Sloan Fellows program two years later.

While Movassaghi was at Sloan, Lee was beginning his PhD in the Harvard-MIT Program in Health Sciences and Technology. The two students decided to team up for an MIT Hacking Medicine event, and went on to pursue various startup ideas throughout their time at MIT.

In 2015, Movassaghi’s close relative in Europe was diagnosed with cancer. He asked for their medical records, translated them from German to English, and had a contact at the Dana-Farber Cancer Institute take a look. The experience sparked an idea that resonated with both founders.

“We have immigrant backgrounds, and we’ve both been lucky to be educated, and we’ve both been very keen to playing a role for our family and extended family as health care advocates,” says Lee, who studied biomedical engineering before coming to MIT. “We realized this isn’t just a problem that affects us, it affects everyone around the world.”

Working on the idea as part of MIT’s Healthcare Ventures course, the founders pieced together existing services like Zoom to make a prototype. They also brought on a third co-founder, Harvard Medical School trained physician Liz Kwo, who was crucial in building the company’s early network of physicians. Kwo initially served as CEO but left the company in 2018.

Although the founders initially focused on helping international patients, they began expanding access to their service in the U.S. through partnerships with large employers and health insurers.

Today about 80 percent of InfiniteMD’s cases come from the U.S. The company’s network of more than 2,400 medical specialists were chosen based on their affiliations with leading hospitals, their experience, and research publications.

InfiniteMD’s software condenses disparate patient medical records into two-page summaries for doctors that can include things like MRIs and ultrasound images. The company can also facilitate collaboration between experts in different medical fields to handle complex cases.

When it comes to connecting patients and doctors, InfiniteMD can schedule live video consultations or, depending on patient preference, the two sides can communicate via asynchronous video snippets or messaging.

Overall, the company has focused on streamlining the telemedicine experience for patients and doctors without losing the value of expert consultations.

“For the patients, it couldn’t be more simple: It’s basically, ‘Hi, I have this, these are my questions,” Lee says. “On the back end, we have all these different roles for different people to allow thousands of these cases to be managed. Physicians also want it to be super simple. They’re like patients — they barely remember their log-ins. So we made an interface that’s also super easy for the physicians.”

Movassaghi says InfiniteMD’s services have helped people avoid thousands of unnecessary surgeries in the U.S. over the years. One woman, a former Olympic skier, was scheduled to have her leg amputated before a second opinion facilitated by InfiniteMD led to a less life-altering procedure. Today the woman sends the founders pictures of herself hiking.

Covid-19 has changed things dramatically for InfiniteMD as more people prefer virtual consultations instead of hospital visits. With the ConsumerMedical acquisition, the founders, who will be joining the larger company, say they can move from a point solution to a part of a larger service to help patients get the most out of the health care system.

“With Covid-19, we’ve proven a lot of things are possible from home, and so there’s going to be an increase in virtual offerings,” Lee says. “Everything from physical therapy to wellness to simple checkups, all of these are headed in the direction of virtual. The beautiful thing about InfiniteMD is we’re agnostic in terms of what information is delivered. We’re really in the information business, so all of those offerings can be slotted into the IMD platform easily.”