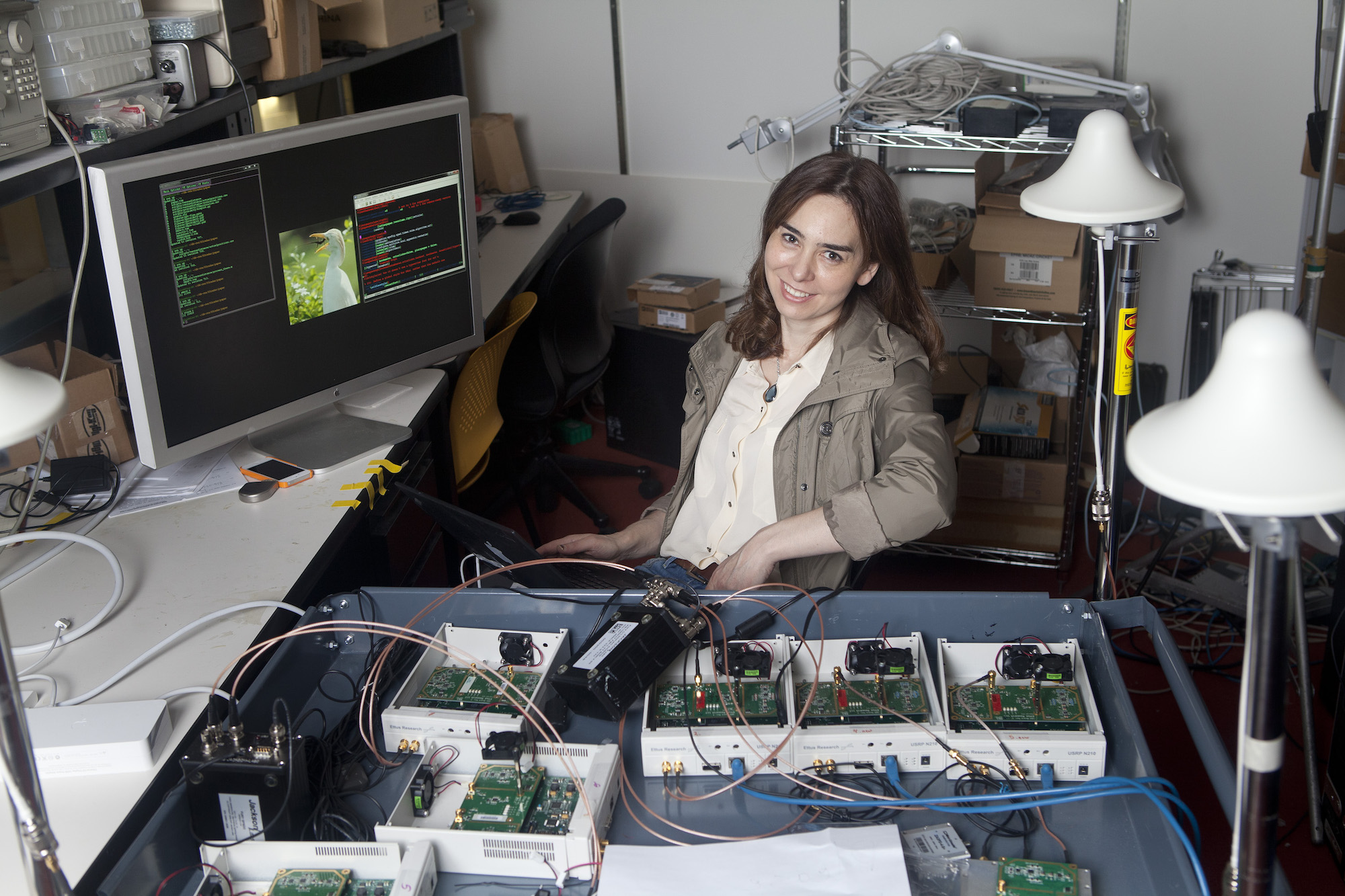 Wireless signals play an essential role in in our daily lives by allowing us to communicate using WiFi devices and cellular phones—but can they save our lives? Dina Katabi, the Andrew and Erna Viterbi Professor of Electrical Engineering and Computer Science at MIT, believes they have that potential.

A principal investigator for the Computer Science and Artificial Intelligence Lab (CSAIL) and the director of the Networks@MIT research group, Katabi has worked on projects ranging from network coding to congestion control, and her breadth of work earned her a MacArthur Fellowship in 2013. But it’s her efforts to harness the power of wireless signals for uses beyond communication that have, above all, captured public attention. With her research team at CSAIL, Katabi has developed a technology that uses wireless signals to track human motion—even through walls—without requiring wearable tracking devices.

Patented as WiTrack, this technology can monitor an elderly person’s movements throughout the house, notifying a caregiver of a fall, as well as alerting to changes in gait and balance, which are key predictors of fall risk. The device is so sensitive that it can monitor the breathing and heartbeats of an infant without touching her body. Katabi and her group are in the process of launching the first commercial product: Emerald, a device marketed for remote patient monitoring and smart caregiving.

“Being able to get the breathing and heart rate in such a cluttered environment, with people all around, that was an ‘a-ha’ moment for us,” Katabi told CBS This Morning in a segment last year, following a visit to the White House to demonstrate the technology to President Obama. Beyond lifesaving applications, the technology could have uses for gaming and smart houses, adjusting heating or lighting by where you are in the house; it might also be used by first responders to determine if a building has been fully cleared.

Among Katabi and team’s other wireless innovations is Chronos, an indoor positioning system that enables a single WiFi access point to locate users within a decimeter by calculating “time of flight” from router to device, rather than requiring triangulation from several points. Chronos vastly improves indoor positioning, and could lead to advancements like safer drones and password-free WiFi that can verify whether a user is on the premises.

Empowering People To Adapt on the Frontlines of Climate Change
Video: Supporting Innovation and Entrepreneurship at MIT
MIT to Name Building 12, Home of MIT.nano, in Honor of Lisa Su
Load more