Imagining the Distant Past—and Finding Keys to the Future 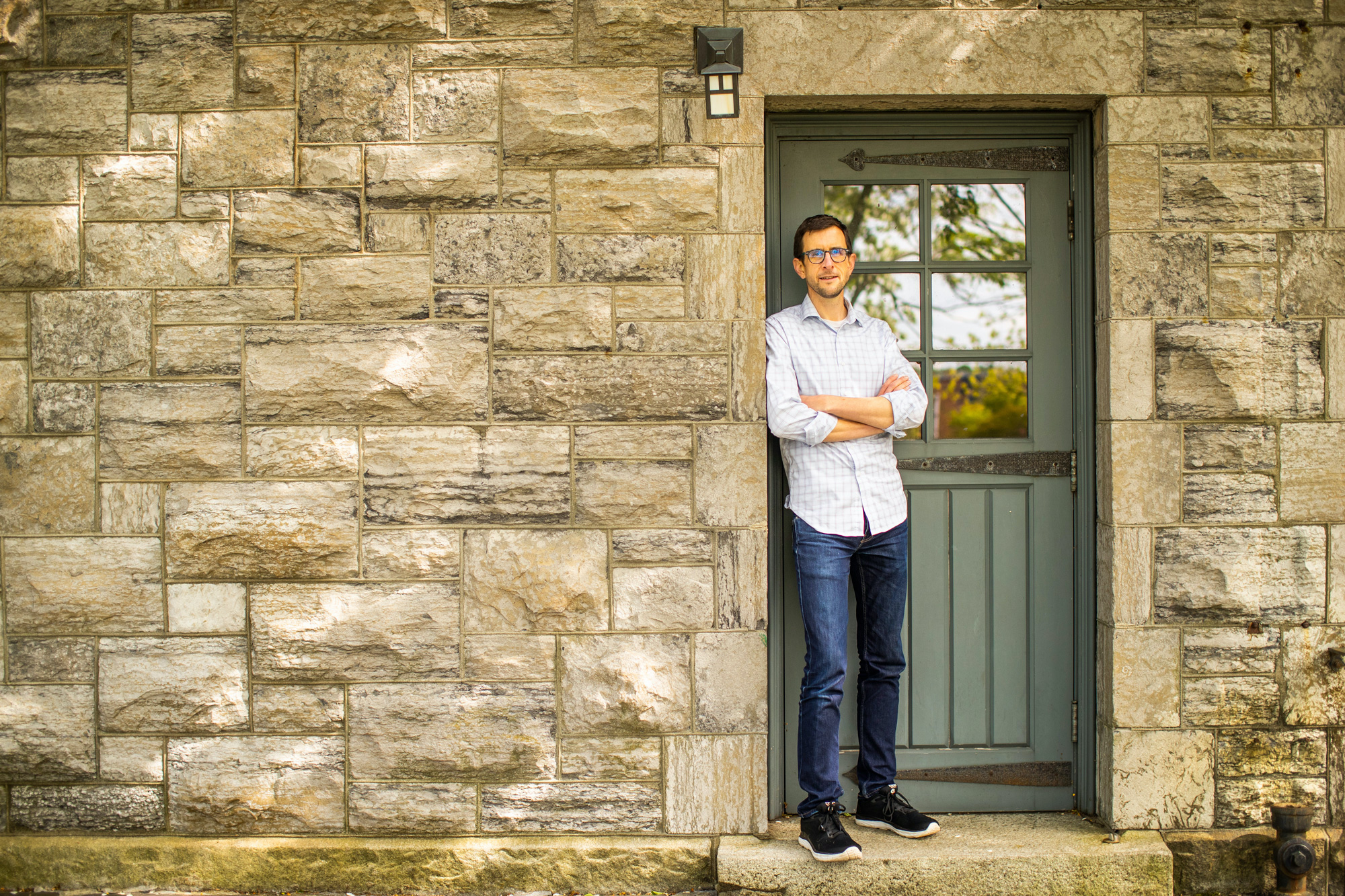 The most dramatic moments of David McGee’s research occur when he is working with cores of sediment drilled from the Earth that hold clues to our planet’s climate long before there were records created by humans.

“Some of the biggest excitement I have,” says McGee, an associate professor in MIT’s Department of Earth, Atmospheric and Planetary Sciences (EAPS), “is when we’re working with sediments that have been taken from 2,000 meters down in the Atlantic Ocean, for example. You’re performing various geochemical measurements on the sediments, you’re using radiocarbon dating to figure how old a core is, and you’re developing records of how the climate has changed over the past thousands of years. You’re able to go basically from mud to a coherent picture of what the atmosphere was doing in the past, what the ocean was doing in the past.”

Imagining the natural world as it was in the distant past, when no people were around to directly observe or write about it, always fascinated McGee. As a child, before it even occurred to him that there was such a thing as an Earth scientist, he was “constantly wondering about what mountains and beaches would have looked like millions of years ago and what they might look like a million years from now.” Recently, while going through the artifacts of his childhood, he found a rock collection and a creative writing project focused on time travel back to the Precambrian Era. He recalls that once when he was set loose in the school library to find a science project topic, he chose a book on ice ages and tried to develop related hypotheses that he could test.

Later, stumbling into a geology class in college, as he describes it, McGee was completely taken in by the idea that Earth science involved a sort of detective work to uncover history out in the natural world, using the tools of modern science, such as geochemistry, computation, and close observation.

McGee’s focus on studying paleoclimate and the atmosphere’s response to past climate changes satisfies his lifelong curiosity—and it yields important insights into the climate change the planet is currently undergoing.

“A really basic message that comes from the study of paleoclimate is the sensitivity of the Earth’s system,” says McGee. “A few degrees of warming or cooling is a really big deal.”

From the start of his career, McGee has been dedicated to sharing his love of exploration with students. He earned a master’s degree in teaching and spent seven years as a teacher in middle school and high school classrooms before earning his PhD in Earth and environmental sciences from Columbia University. He joined the MIT faculty in 2012 and in 2018 received the Excellence in Mentoring Award from MIT’s Undergraduate Advising and Academic Programming office. In 2019, he was granted tenure.

In 2016, McGee became the director of MIT’s Terrascope first-year learning community, where he says he has been able to continue to pursue his interest in how students learn.

“Part of why Terrascope has been so important to me is it’s a place where there is a lot of great thinking about what makes a meaningful educational experience,” he says.

Terrascope, one of four learning communities offered to first-year MIT students, allows them to address real-world sustainability issues in interdisciplinary, student-led teams. The projects the students undertake connect them to related experts and professionals, in part so the students can figure out what blend of areas of expertise—such as technology, policy, economics, and human behaviors—will serve them as they head toward their life’s work.

“Students are often asking themselves, ‘How do I connect what I really like to do, what I’m good at, and what the world actually needs?’” McGee says. “In Terrascope, we try to provide a space for that exploration.”

McGee’s work with Terrascope was, in part, the basis for his September 2020 appointment to the role of associate department head for diversity, equity, and inclusion within EAPS. On the occasion of McGee’s appointment, EAPS department head Rob van der Hilst said, “David has proven he is a dedicated and compassionate leader, able to build a robust community around collaboration, shared purpose, and deep respect for the strengths each member brings.”

McGee says Earth science is often unwelcoming to women, members of racial or ethnic minoritized groups, and people who are LGBTQ+. Improved recruitment and retention policies are needed to diversify the field, he says.

“Earth science is a very white science,” McGee says. “And yet we’re working on problems that affect everyone and disproportionately affect communities of color — things like climate change and natural disasters. It’s really important that the future of Earth science look different than the present in terms of the demographics.”

One of the things McGee takes from his research experience as he approaches students is his observation that being an Earth scientist represents many different approaches and avenues of study—inherently, the field can extend itself to a wide diversity of talent.

“The thing I try to make clear to students is there’s no way to be the expert in every aspect of even one Earth science study,” he says. “With the study of paleoclimate, for instance, there’s field geology, careful analytical chemistry, data analysis, computation, the physics of climate systems. You’re constantly on the edge of your learning and working with people who know more than you about a certain aspect of a study. Students are not coming to Earth science to become a carbon copy of any of us.”

This article was written by Michaela Jarvis and originally appeared on MIT News on June 16, 2021. Image credit: Adam Glanzman.