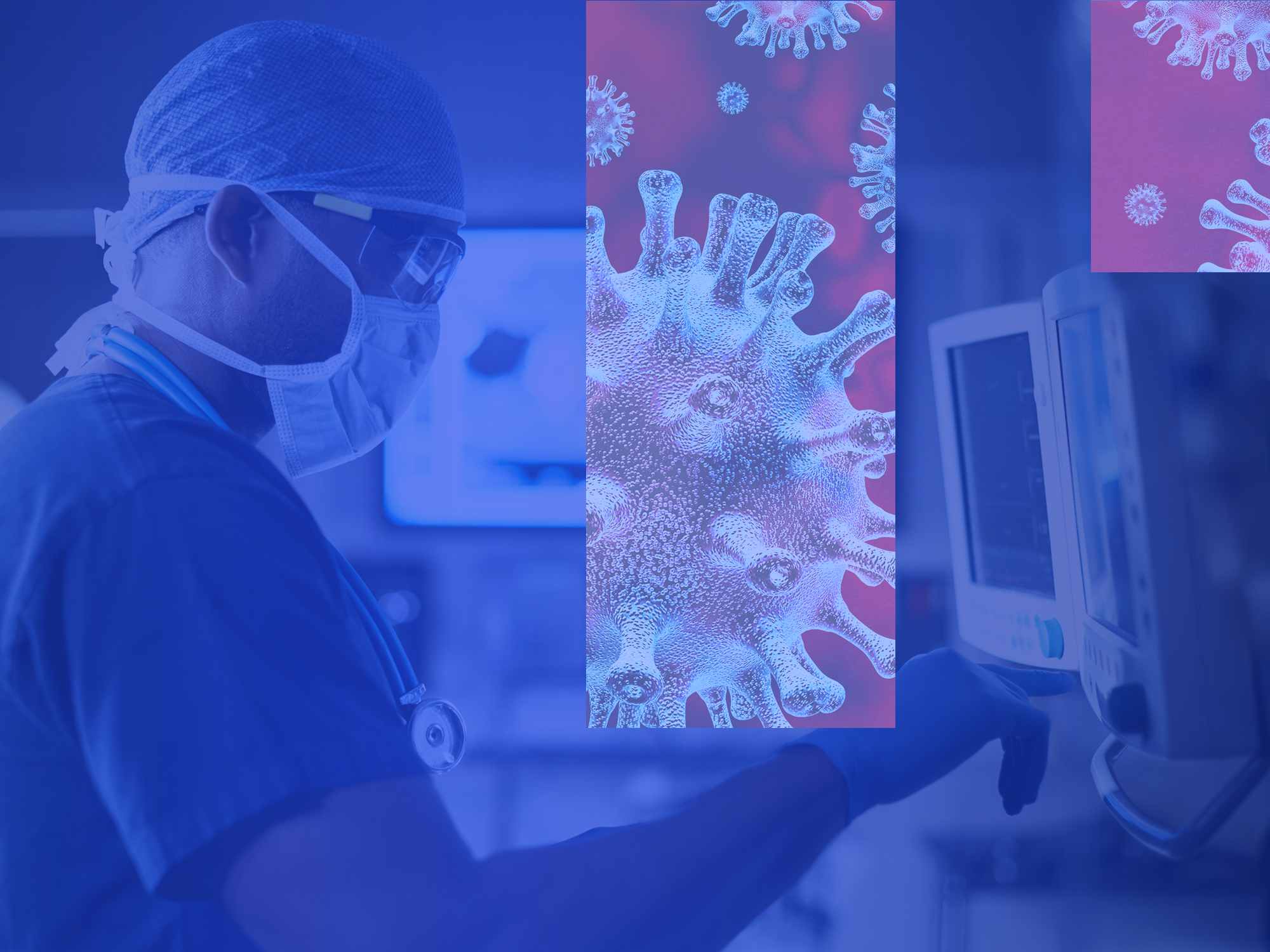 This article was originally published on MIT News on September 28, 2020.

“Covid-19 is both a wildfire and a spotlight. [It] has imposed a terrible burden of suffering on certain individuals, families, and communities. Yet it has left others almost untouched,” said President L. Rafael Reif at the inaugural MIT Forefront, a new virtual series created by the Institute. “But the pandemic has also forced the nation to focus on deep, longstanding inequalities. [T]oday, we will explore meaningful ways to disrupt the inequalities of Covid.”

Through MIT Forefront, the Institute aims to scout the frontiers of science and technology for bold new answers to urgent global problems. On September 24, the first session, “Disrupting the Inequalities of Covid-19 in Work and Health Care,” brought business and policy leaders and MIT experts together to share knowledge and discuss strategies for building a more equitable future.

The hourlong event, viewed live by more than 1,000 people, began with a video from Mariana Matus PhD ’18 and Newsha Ghaeli, cofounders of Biobot Analytics, whose technology creates public health profiles by sampling communities’ wastewater to track the spread of Covid-19, and has found that the virus can be detected in wastewater about seven to 10 days before clinical cases start to appear. “We have now produced data on 10 percent of the US population. No other data set has been shown to have this predictive value,” said Matus. “We imagine, one day, this infrastructure will be deployed everywhere and will help us not only manage and get out of Covid-19, but also prevent the next epidemic.”

Economic impact and challenges for the future

Moderator Eric Schmidt, former CEO and chairman of Google and co-founder of Schmidt Futures, led the panel discussion. “It’s clear that we have not been able to solve the core problems that the pandemic has presented: How do we reopen the economy in such a way that people don’t get sick? How do we solve the inequality we see in the economic impact of Covid-19?”

Schmidt turned first to James Manyika, senior partner at McKinsey & Company and chairperson and director of McKinsey Global Institute, who noted, “Even before Covid-19, we had a very polarized labor market, and inequality was very high.” Manyika explained that the majority of workers most vulnerable to Covid-19’s economic impacts, such as layoffs, furloughs, reduced hours, and wages, are people earning less than $40,000 a year and are disproportionately women and people of color.

“We need to remember that, at most, only a third of us can work from home,” Manyika said. “The other two thirds have to physically show up somewhere. We have to find a way to open up, do it safely, and think about how we organize workplaces.”

“The Covid crisis is terrible, but it’s actually put a spotlight on problems we had already,” agreed MIT Institute Professor and economist Daron Acemoglu, pointing out that even before the pandemic, wages in many jobs were stagnant or declining and many good jobs had disappeared due to increased use of technology. “We have to find ways of rebuilding the economy and providing better institutional protections for workers, forging a new way of using our amazing technological know-how to create good jobs for the majority of the population. That’s a tall order.”

Pressed by Schmidt for specific solutions, Acemoglu suggested that government could play a bigger role in combating inequality by requiring better protections for workers and removing tax advantages for companies to automate jobs. Manyika observed that just 30% of US counties generated two-thirds of the job growth over the last decade, suggesting government should incentivize companies to expand into parts of the country with few large employers.

Role of the private sector

“Companies seem to have decided to stay shut down until there is a vaccine,” said Schmidt. “How would you solve this problem for American and global business?”

Burns advocated for more corporate responsibility. “We have a massive dislocation of employees that companies are not taking responsibility for,” she said. “Businesses in this time have to be more like government and take care of their workers in ways they haven’t before.  Shareholders will say this isn’t what companies are supposed to do. But we’re in a situation now where people have no safety net.”

“Large companies will do their part because they’re visible, and people will hold them accountable if they don’t treat their workers well,” said Nooyi. “They are doing right by their workers with health insurance and broadband access. But that’s just a small portion of our economy. Seventy-five percent of the economy doesn’t have the appropriate support system.”

Manyika offered a reason for economic optimism: In California, where he serves on Governor Gavin Newsom’s Task Force on Business and Jobs Recovery, the state has successfully partnered with corporations to create jobs by doing “things we need to do anyway, jobs related to climate change and to addressing the digital divide, for example.” Acemoglu lauded these efforts but expressed skepticism that the private sector, left to its own devices, would carry out a true change of course. “If there is pressure on public companies they will act, but we don’t have agreement on what needs to be done.”

Shifting to the medical aspects of the crisis, Schmidt turned to Bruce Walker, asking him to talk about prospects for a vaccine. Walker is founding director of the Ragon Institute of MGH, MIT and Harvard, professor of the practice of medicine at MIT, professor of medicine at Harvard Medical School, and a Howard Hughes Medical Institute Investigator.

“Discovering a vaccine is only the first step,” Walker said. “How do you make enough of it and deliver it to the people who need it?” He added that there are lessons to be learned from the HIV epidemic, where treatments rather than a vaccine began saving lives. “HIV taught us a lot about how to therapeutically address critical viruses, and we hope that happens in parallel with vaccine development. Effective treatment would be a real game changer.”

As the session drew to a close, the panel discussed MIT’s carefully planned reopening of campus, which Schmidt said should be a model nationwide. Walker pointed to a similar approach at Massachusetts General Hospital, noting that aggressive testing and mask requirements have been key in both locations. “We’re not seeing secondary transmission when masks are worn,” he said. “If we can get everyone to wear masks, social distancing can even be reduced a little, and we could move forward.”

Considering how to prepare for the next pandemic, Walker said, “I think that MIT is the ideal place to be in this effort. Solving this problem involves multiple disciplines, and we need the best people in the country planning for the next one.” He cited examples such as using nanotechnology for more rapid vaccine development, aggressive surveillance to identify pathogens, and rapid testing to detect cases and reduce transmission.

Nooyi cautioned that MIT can’t solve a pandemic alone and said alignment between the federal and state governments is necessary. “Policy implications come into this,” agreed Walker. “People at MIT can help drive governments to act.”

Schmidt observed that MIT has pioneered best practices in Covid-19 response. “Why,” he wondered, “does the federal government do trillion-dollar bailouts but not fund rapid testing, which is the cornerstone of opening up businesses and schools?”

“What can those of us watching do to disrupt these inequalities in work and health care?” asked an audience member. Walker answered that testing needs to be broadly available, and there should be a national strategy. “We have to depoliticize science and believe in it again,” suggested Acemoglu.

Nooyi agreed that low-cost, rapid testing is critical to safely reopening businesses and schools, pointing out one reason for the current high cost of testing: “We need to tell people who are supplying products for testing to stop price gouging.” She also cautioned that responsible public health policy must be used in concert with economic recovery measures, noting that “It’s not about lives or livelihoods, it’s lives and livelihoods.”

Burns commented on the need for an effective government. “When you have a global pandemic, we can’t have conversations that start with just companies or communities or neighborhoods,” she said. “We absolutely have to have a functioning set of government leaders to map out a strategy.”

Schmidt concluded, “My fervent hope is that MIT will now establish the principles of best practice and do everything possible to get these adopted throughout the nation.”