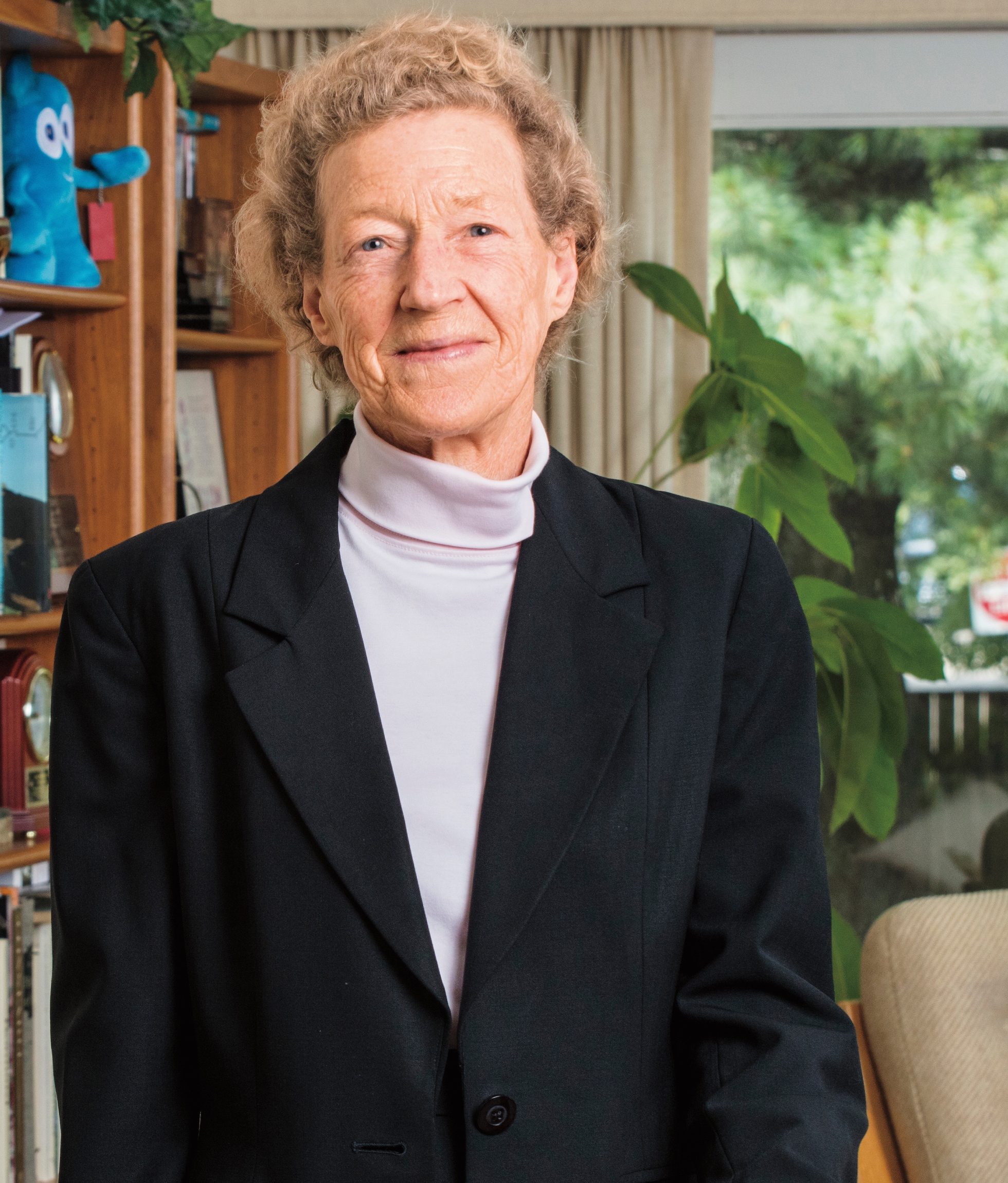 Investing in the Greater Good

Many alums pinpoint their freshman year as the start of their relationship with MIT, but for Patricia Dinneen PhD ’80, those roots go deeper. “It’s a connection that comes directly from my family,” she says, adding that the MIT values of service to others and the pursuit of excellence through education were also values she learned at home. Her father, Gerald Dinneen, was a pioneer in digital computing and satellite communications. In the 1970s, he served as director of MIT’s Lincoln Laboratory, where he had worked since the 1950s. Her uncle, Wilbur “Bill” Davenport SM ’43, ScD ’50, was a longtime professor and chair of MIT’s Department of Electrical Engineering and authored several influential books in the field.

“By the time I graduated from high school,” Pat Dinneen says, “I realized I wanted to focus on issues of poverty, global economic systems, and technology. I also wanted to venture beyond Boston.” She headed to the University of Pennsylvania and from there to the London School of Economics. She returned to the US to work at the Nixon White House in Energy and Research Development, and as a member of a Presidential Task Force on Energy Self- Sufficiency. These were challenging roles, she recalls, during the turbulent years of the Arab oil embargo and Watergate. In 1974, Dinneen returned to Massachusetts to earn her third degree in economics—a doctorate from MIT.

“Without question, being a graduate student at MIT was one of the most challenging experiences of my life,” she says. “It also gave me credibility, confidence, and access to an incredible professional network.” Over the next several decades, Dinneen served in leadership positions at communications and aerospace companies in the US and Britain. In 1997 she joined Cambridge Associates, an investment consulting firm, where she specialized in emerging markets private equity. Preferring investing to consulting, she spent the next 10 years managing a multibillion portfolio of emerging market investments and delved into the field that has become her passion: social impact investing. She defines social impact investing as “investments intended to generate positive, measurable societal and environmental benefits as well as financial returns.”

Despite the commonly held assumption that the goals of profit and social good are necessarily at odds, Dinneen points out that “a growing amount of empirical data shows otherwise,” and notes there is ample opportunity for MIT alums to add to that success.

“I would love to enlist more of the best and brightest minds from MIT to prove that if you create radically low-cost solutions to global problems, such as health care, education, clean water and sanitation, and alternative energy, and if you can achieve scale, it is possible to outperform traditional investments.”

To help new generations of those bright minds get their start at MIT, Dinneen established a scholarship fund in 2014 with her husband, John Mooney. “I have long wanted to promote the core STEM subjects of science, technology, engineering, and mathematics, so the MIT scholarship seemed like a wonderful solution,” she says. She is currently exploring links with some of the myriad MIT programs in social entrepreneurship, especially in Africa, working with students, faculty, and other alums who share common goals to create sustainable business solutions for reducing poverty. Now formally retired, but with a full schedule of pro bono work for nonprofits, startups, and other entities in social impact investing, Dinneen says she is “happier than ever,” and grateful to have many opportunities for working, learning, and giving back.