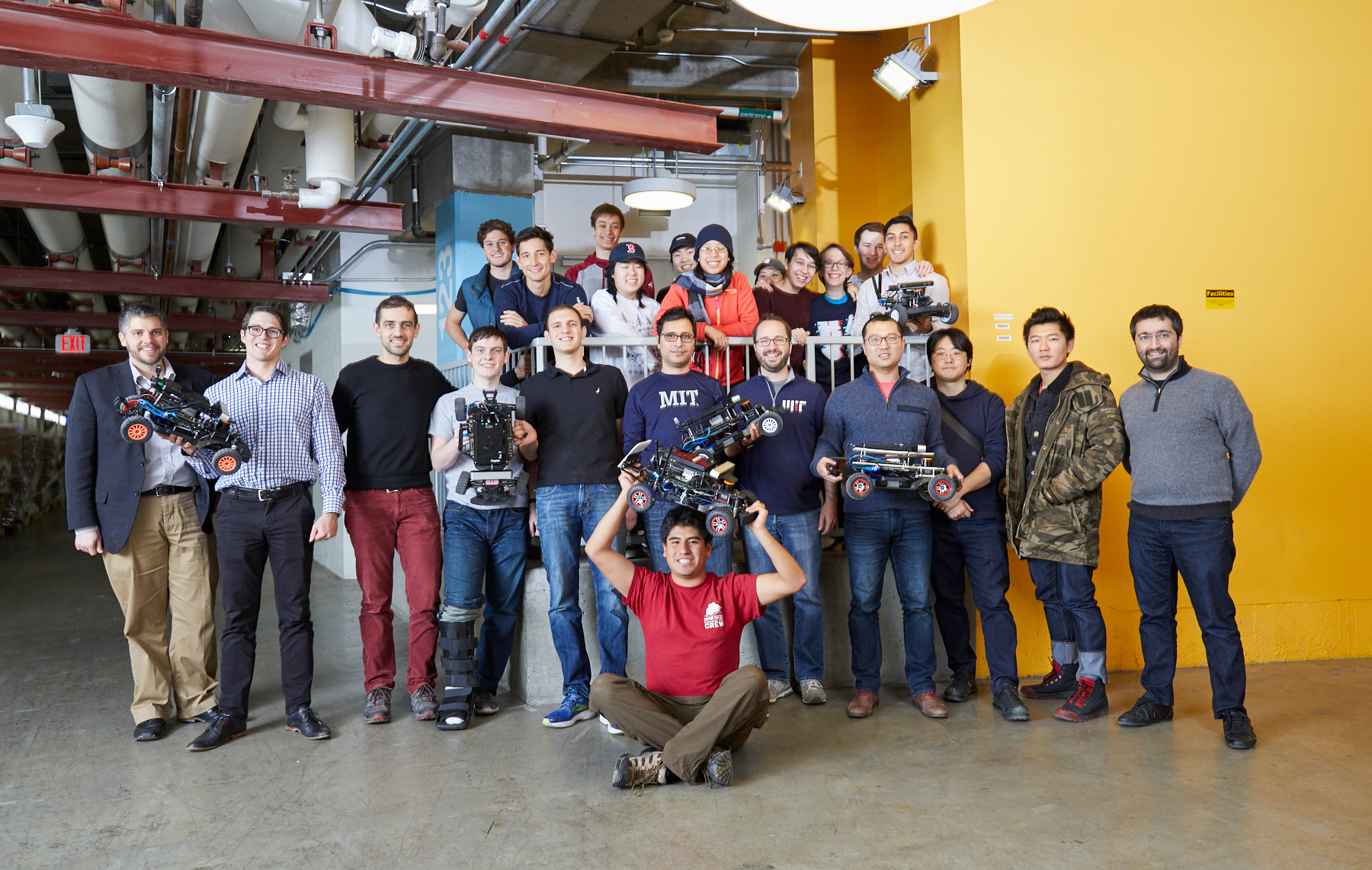 During MIT’s Independent Activities Period (IAP), students get a break from their regular semester work to pick from a menu of lectures, workshops, and micro-courses. That’s how roughly 20 students ended up sprinting through the basement of the Stata Center one January afternoon, trying to keep up with the miniature autonomous cars they’d programmed for maximum speed.

The converted 1/10-scale RC cars used for the class, a Lincoln Lab/AeroAstro collaboration, are equipped with LiDAR, a stereo camera, an inertial measurement unit, and embedded supercomputers.

Karaman notes that the culminating race through Stata’s hallways enlivens the class, but the main objective is broader: “to introduce our students to this hardware and have them develop algorithms and software that is similar to what is used in self-driving vehicles. We believe this experience transforms their understanding of the technology.” The speed challenge does have a purpose beyond friendly competition, he adds: “It forces us to think outside the box, and work to develop software that utilizes the sensory and computational resources to their fullest, which is one of the biggest challenges in developing robots today.”

This year one of the teams set a new speed record: an average 10.1 mph, comparable to a full-scale vehicle hitting 101 mph on a mile-long course. “The handling of the turns and intersections was almost perfect, and I believe it was better than what a human driver can achieve with remote control,” Karaman notes. “We had tremendous fun!”

Intelligence School of Engineering Teaching Learning and Living
Give to MIT