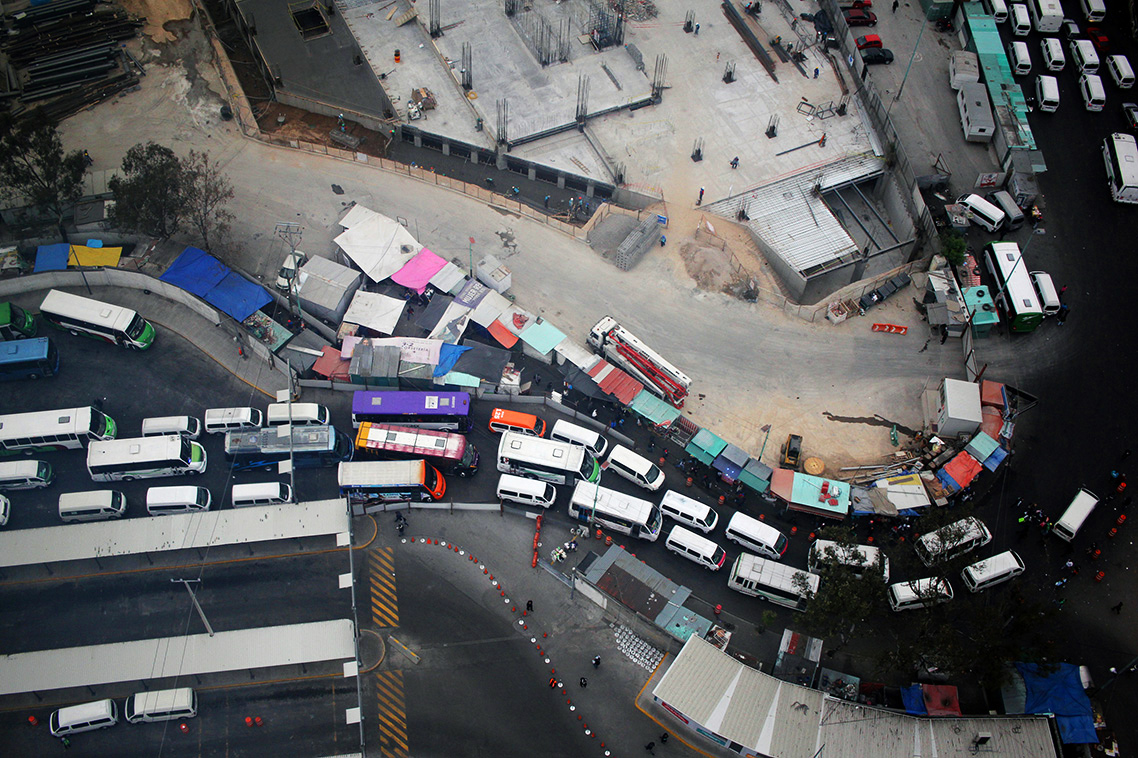 This article originally appeared on MIT News on March 21, 2017.

MIT faculty, students, and alumni consistently find creative ways to apply their knowledge in local contexts, collaborating with partners around the globe to make the world a better place. Arguably, no MIT exchange is more fertile than the one the School of Architecture and Planning (SA+P) enjoys with Mexico.

Recently, students and scholars from SA+P have worked with local collaborators to plan mixed-use developments around mass transit hubs in Mexico City and to design novel solutions for Baja wineries faced with chronic drought. And here in Cambridge, Massachusetts, Mexican artist and social activist Pedro Reyes spent a semester in residence at the MIT Center for Art, Science and Technology (CAST), where he explored potential collaborative projects with MIT faculty and taught a course that invited students to consider the human cost of unbridled technology.

The event will reflect the spirit of the many innovative collaborations between MIT and Mexico, from urban initiatives around housing, transportation, and the environment, to scholarly exchanges on many other topics. Through these engagements, including the recent SA+P activities described below, faculty, students, and alumni are tackling pressing global issues.

Zegras’s students integrated their classroom knowledge into the realities of Mexico’s economy, geography, and politics, crafting solutions that made sense—and could be implemented—in that particular time, space, and culture.

“The good news is that there are concrete actions that can be taken,” says Onésimo Flores PhD ’13, who co-taught the course as a visiting lecturer at MIT. Flores is now CEO of Conecta Cuatro, a company that promotes innovative technology ventures to tackle urban and transportation problems in Mexico.

The client and sponsor for the practicum was Grupo Prodi, a private developer and operator of multimodal transit stations in Mexico City. “It’s clear that transit-oriented development can be the key to improving quality of life in urban areas not only in Mexico City, but also in cities like Monterey and Guadalajara,” says José Miguel Bejos, Grupo Prodi CEO.

Sheila Kennedy, a professor in the Department of Architecture, brought her Architecture Design Core Studio III students to the Valle de Guadeloupe, in Baja—a wine region severely affected by drought and climate change. “I wanted to place the students at the intersection between places of production and the limits of natural resources,” says Kennedy. “The students needed to have a strategy for their designs, their materials, and where those materials were sourced. They couldn’t just rely on standard sustainable solutions like green roofs.”

After a weeklong visit to Baja, with host and sponsor Bodegas F. Rubio Winery, the students returned to campus to develop novel architectural and site designs that could help wineries survive and thrive in a challenging climate. One student suggested using solar chimneys to take advantage of the sharp nightly drops in temperature, storing cool air and releasing it during the day. Another designed a temporary winery that would exist just as long as there was water and could then be dismantled—with its materials repurposed or recycled—when the water ran out.

Second-year master’s student Anne Graziano came to Baja intending to work on dew collection. But after she saw the morning fog roll in each day from the nearby Pacific Ocean, she returned to MIT to design an undulating series of walls made of MIT’s Fog Harvesting Mesh, a finely woven metal textile that can increase fog collection yields fivefold.

“I love the idea that architecture can create something functional but also communicate a sense of place and create shade and shared spaces,” says Graziano. “Because of the landscape and the culture and the community I encountered there, I was able to imagine a winery whose walls provide the water with which the wine will be made.”

Engaging technology through an artist’s perspective

While working and studying in Mexico has stimulated innovation by MIT scholars, the Institute has also inspired others who call Mexico home. “I don’t think there’s any other place in the world that has such a density of creativity” as MIT, says Reyes, the Mexican artist and activist who is the Dasha Zhukova Distinguished Visiting Artist at CAST. “Every person I meet there is inspiring.” Reyes’s ongoing appointment was the first in a series endowed by a $1 million gift to CAST from Russian-American philanthropist, entrepreneur, and art collector Dasha Zhukova.

Last fall, Reyes taught a course with visiting lecturer Carla Fernández, a Mexican fashion designer, titled “The Reverse Engineering of Warfare: Challenging Techno-Optimism and Reimagining the Defense Sector (an Opera for the End of Times).” Reyes encouraged his students to consider the effects of automation on global employment, reexamine the influence of the military sector on US government policies, and imagine retooling the US military complex to combat global climate change.

“My Latin culture leads me to place more importance on human interaction than on technology,” says Reyes. “I’m more interested in replacing robots with humans than in replacing humans with robots. But that doesn’t make me any less of a tech lover. You can see great potential in technology, but also recognize that technology needs to be applied with care. That critical dialectic is a vital part of MIT culture.”

Above: Traffic backs up outside the Cuatro Caminos metro station in Mexico City. Photo: Dennis Harvey