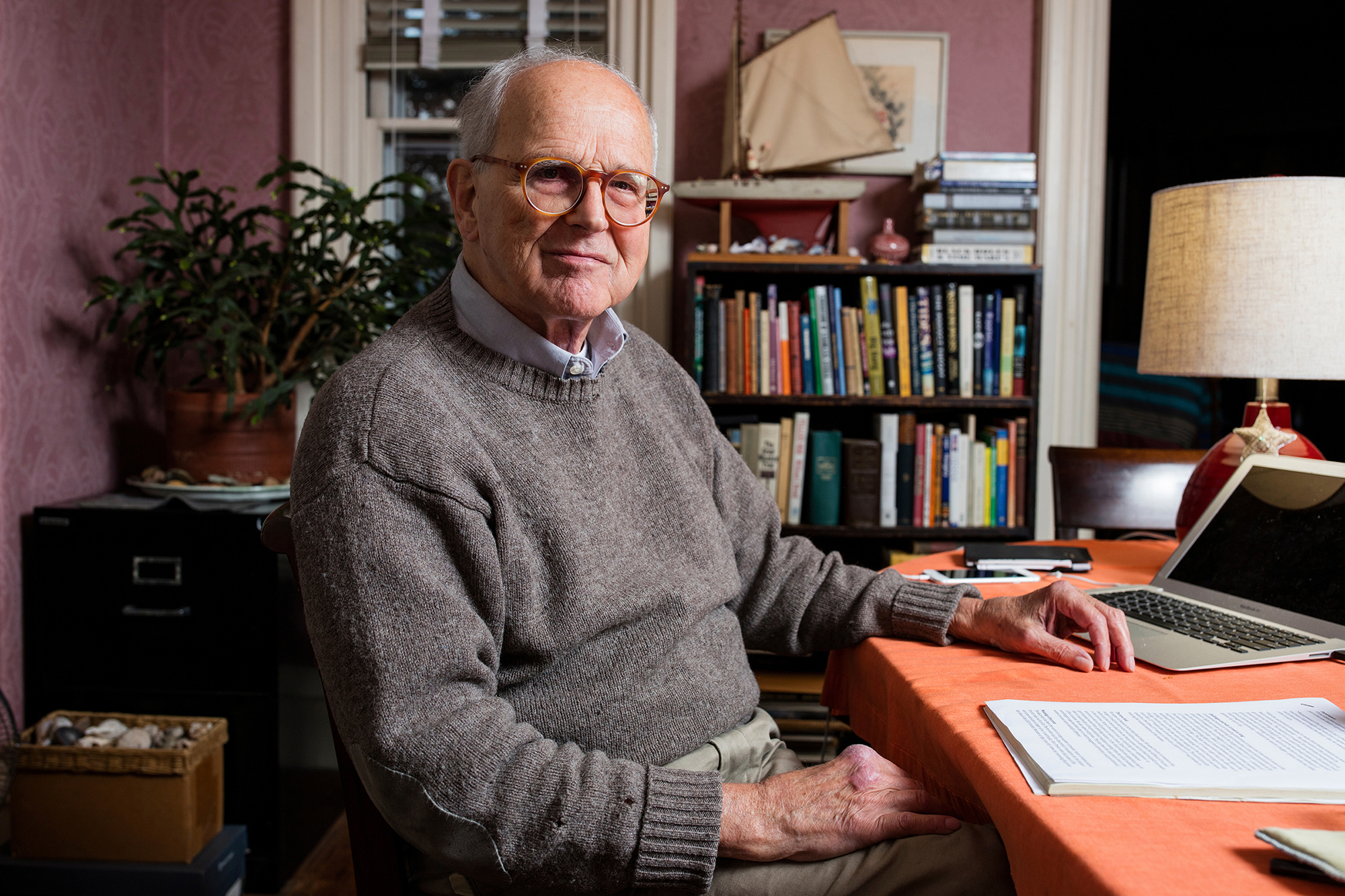 When Rainer “Rai” Weiss ’55, PhD ’62 recently established a graduate fellowship in the physics department, it was the culmination of a long history with MIT—and, he says, a tribute to all that his advisor and mentor, the late Institute Professor Jerrold Zacharias, had done for him in his student days.

Weiss was born in Berlin in 1932. Forced out of Germany by the Nazis, his family ﬂed to Prague and later immigrated to New York City. At age 13, Weiss began buying surplus Navy and Army electronic parts and making sound systems. Though he attended MIT because of his strong interest in electrical engineering, Weiss was disappointed by the number of classes he would have to take before working on electronics and switched to physics. Although a two-month absence from MIT caused Weiss to flunk out, he found a job as a technician in Building 20—which had housed the WWII Radiation Laboratory that had developed radar—and it was there that he met Zacharias. “He was the person who had the biggest inﬂuence on my life,” Weiss says.

Zacharias had carried out fundamental measurements of the properties of individual atoms and had used the techniques to develop an atomic clock with unprecedented precision. When Weiss joined his lab he was thinking of making an even more precise clock—one that could measure Einstein’s prediction that clocks in strong gravitational ﬁelds ran more slowly than those in weak ﬁelds. Zacharias helped Weiss get back into MIT and ﬁnish his undergraduate and later graduate degree in physics. At Zacharias’s urging, Weiss returned to MIT as an assistant professor in the Research Laboratory of Electronics, starting a research group in cosmology and gravitation. It was during this time that Weiss, teaching a course on general relativity, got the idea for LIGO (Laser Interferometer Gravitational-Wave Observatory). Decades later, that project would yield stunning results: the first detection of a gravitational wave, along with the Nobel Prize in Physics, awarded to Weiss and his Caltech collaborators Kip Thorne and Barry Barish.

As he considered what to do with the prize money, Weiss says he knew he wanted to give back to MIT. He understood firsthand the importance of supporting graduate students: as a faculty member, he recalls, he would see MIT losing some of the best graduate student applicants to other universities with greater capability to offer fellowships. So he decided to establish a fellowship in the physics department, naming it the Barish-Weiss Fellowship to acknowledge the former scientist’s instrumental contribution to transitioning the LIGO concept from “tabletop” to the large-scale physics required to detect gravitational waves.

Weiss continues to work at MIT nearly every day, even on weekends. When asked how he would encourage others to support MIT, he replies: “Anything you can do to help advance students—because they are our future.”