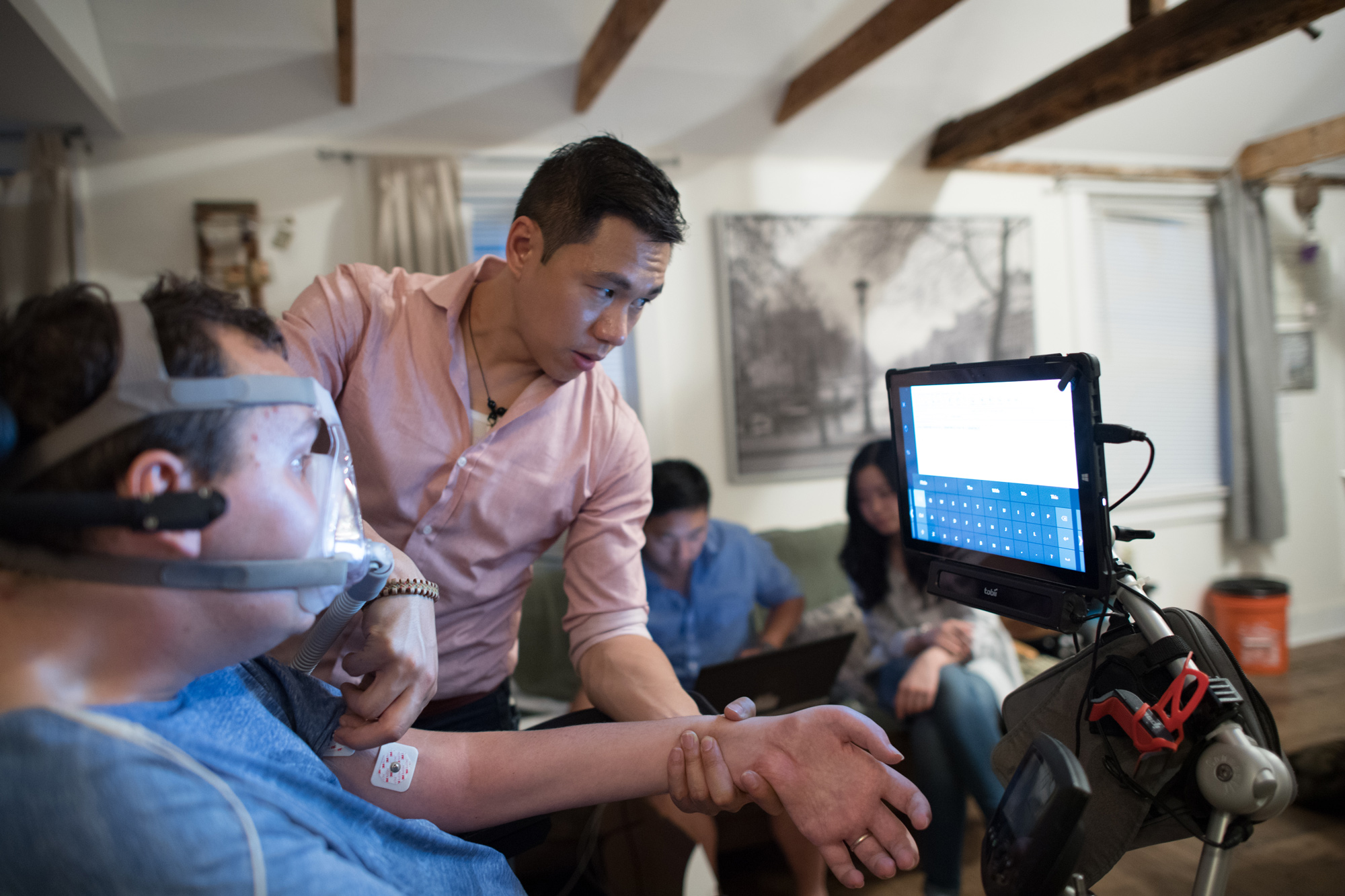 Losing the ability to communicate is one of the cruelest effects of amyotrophic lateral sclerosis (ALS), both for those affected by the progressive neurodegenerative disease and for their loved ones. As muscles atrophy, even assistive technologies operated by eye tracking can be physically—as well as financially—out of reach.

“That particular problem bothered me a lot,” says Dexter Ang ’05, who earned his undergraduate degree in mechanical engineering, and who lost his mother to ALS in 2015. “As an engineer at MIT I felt there had to be a solution. I wanted to find a human-computer interface that could work for a person with no ability to move.”

Ang returned to MIT as a graduate student at the Media Lab and the Sloan School of Management and began working with professors to figure out what types of sensors could capture signals in people with severely atrophied muscles. With the help of the MIT Sandbox Innovation Fund Program, Ang cofounded Pison Technology in 2016 with robotics engineer David Cipoletta and Bobby Forster, who himself has ALS and assists with performance testing.

“We are creating a new wearable neuromuscular controller that can detect the faintest user intent, even non-visible movement. Our first mass market product will be a wristlet that captures all the nerve and muscle signals in the hand to control electronic devices. Our sensors can be used to control VR, exoskeletons, and computers, all without even moving,” reports Ang, who has since taken leave from his MIT graduate studies to work full time as CEO of Pison.

The goal is to have a fully capable prototype and to deploy it in the commercial market at a price within reach within a couple of years. Ang cites four challenges in getting there. His company has already achieved the first—ultrasensitive tracking of individual finger movements in a wearable device. “We can capture millimeter finger movements from the surface of the skin,” he says. The next step is to create a multiplex array of electrodes that would capture signals from around the entire wrist. The last two challenges will be to stitch together sensor data to form a multidimensional snapshot of neural activity and use machine learning to decode user intent and, finally, to put the advanced electronics into a form factor that is small and comfortable to wear.

Surmounting these challenges is key to Pison’s mission to create “transformational human-computer interaction to expand the horizon of human capabilities”—and could make an enormous difference to those whose horizons have been so severely limited by ALS.