The Possibility of Life, Light-Years Away 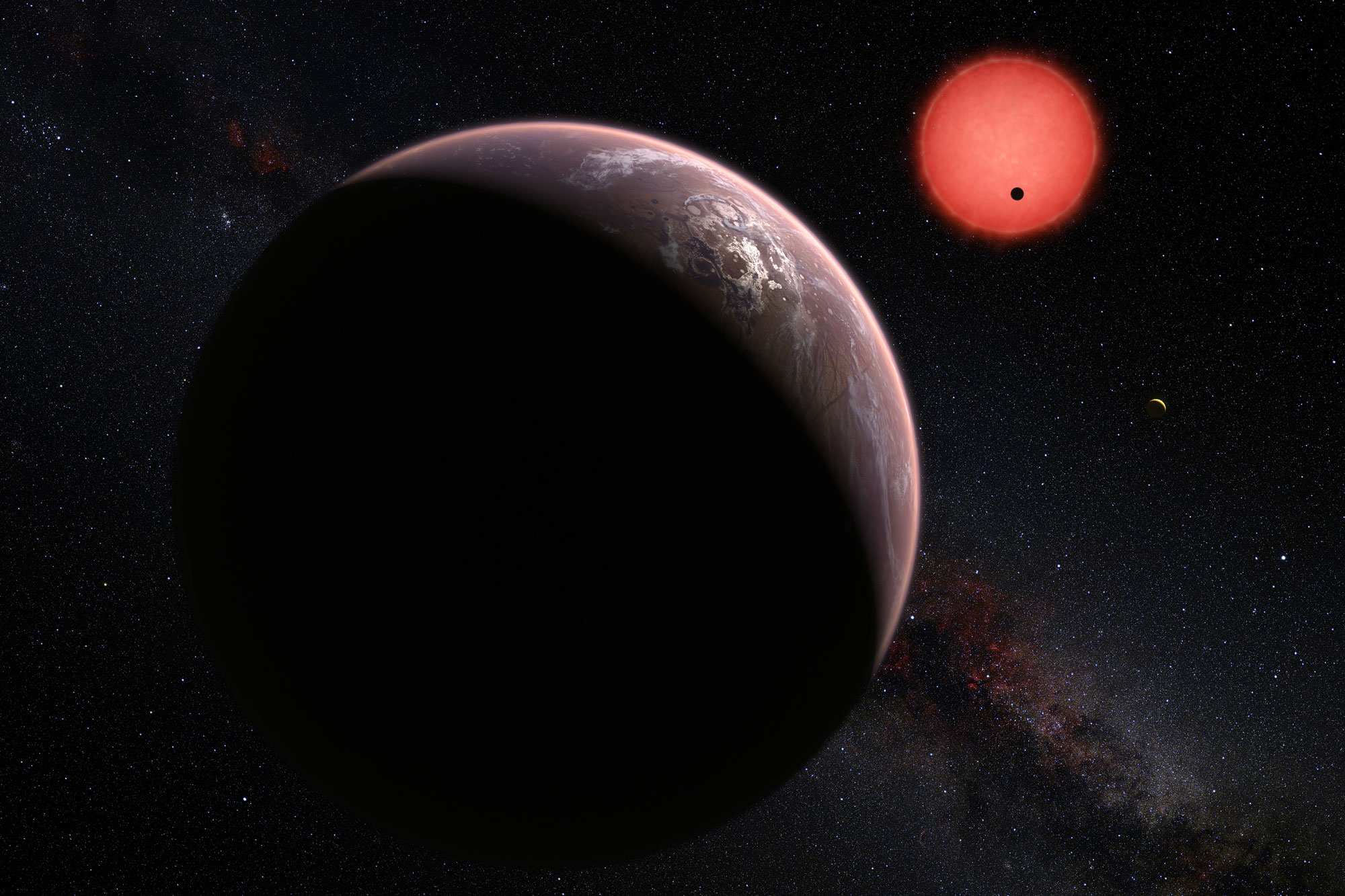 After decades of technological developments, astronomers now have the tools to detect and study planets that may harbor life around other stars.

In early 2016, using a robotic telescope just 60 cm in diameter called TRAPPIST, an international team of astronomers—including MIT Earth, Atmospheric and Planetary Sciences postdoc Julien de Wit—found three terrestrial, temperate planets, all roughly the size of Earth, orbiting a star now known as TRAPPIST-1, 40 light-years away. Three months later, other scientists found a similar planet around the closest star to the sun, Proxima Centauri. The TRAPPIST-1 planets are the first exoplanets with conditions possibly hospitable to life that are suitable for thorough atmospheric studies with the next generation of telescopes—such as the James Webb Space Telescope (JWST), slated for launch in 2018.

The host stars of these four planets are small red dwarf stars. Because these stars are so small, they don’t drown out planetary signals, as their larger counterparts can. Observatories such as the JWST will enable the study of red world atmospheres and their habitability and, possibly, revealing signs of life. These key insights will be gained using transmission spectroscopy to study how a star’s light is affected by the atmosphere of a planet as it passes through it. Using this technique and the Hubble Space Telescope, de Wit has already initiated the study of the atmospheres of two of these red worlds.

Finding more transiting red worlds is a pivotal and time-sensitive endeavor as the launch of JWST approaches. More small-scale, turnkey-design telescopes like TRAPPIST are needed in the Northern Hemisphere to scan these stars; only twenty of the thousand most favorable red dwarfs have been monitored so far. “Our goal is to find all the nearby planets of interest early enough to maximize our chances to identify one that is habitable in the next decade,” says de Wit.