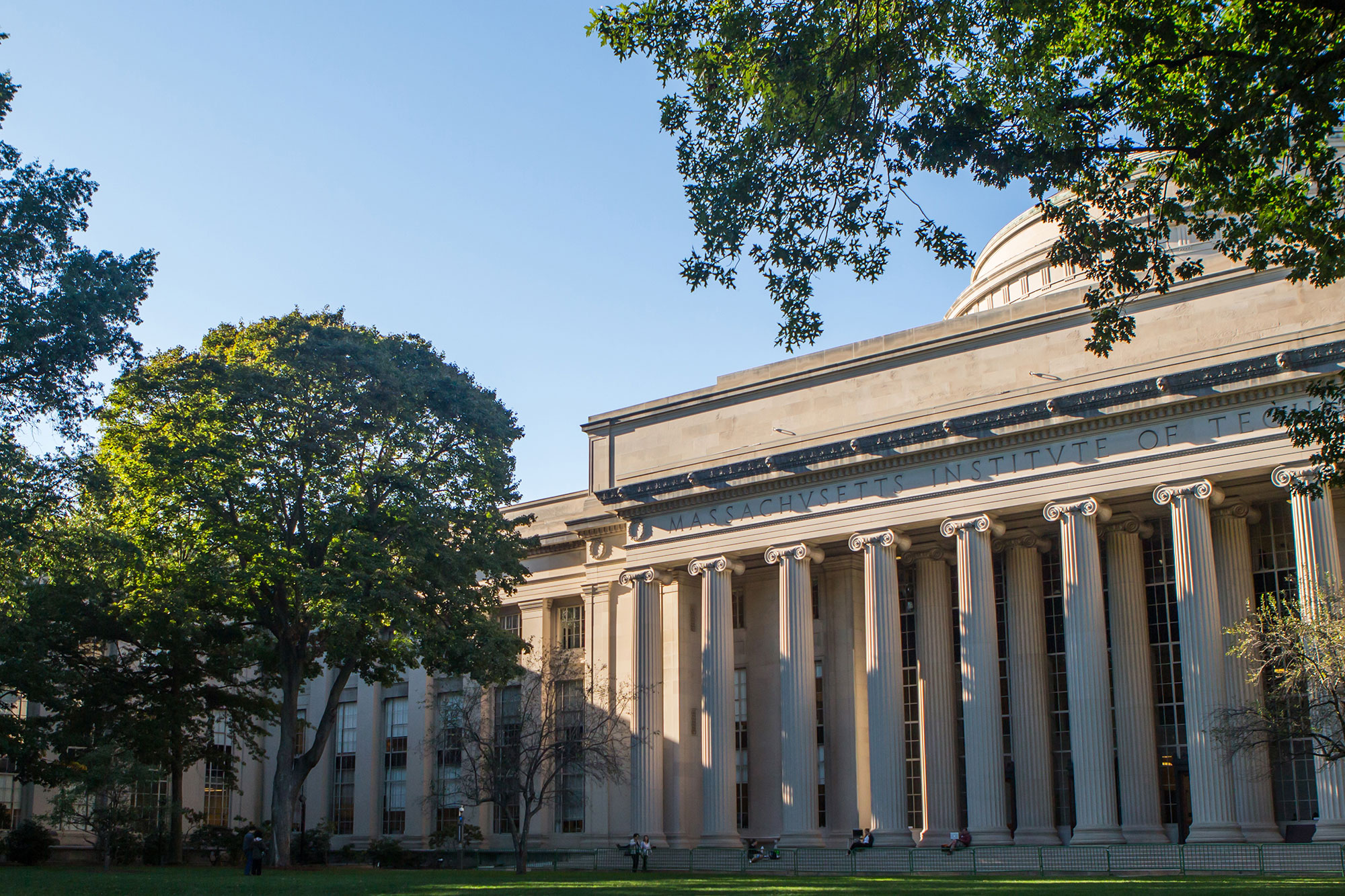 This article originally appeared on MIT News on June 5, 2019.

MIT has issued a set of reports today outlining its progress developing the essential elements of the new MIT Stephen A. Schwarzman College of Computing.

The reports summarize the efforts of five working groups which, over the last few months, have been studying ideas and options for the college, including its structure, curriculum, faculty appointment and hiring practices, social responsibilities, and computing infrastructure. The working groups have been informed by a series of community forums; further feedback from the MIT community is now sought in response to the reports.

The Institute announced in October 2018 the creation of the MIT Schwarzman College of Computing, which represents the biggest institutional change to MIT since 1950. MIT is largely structured around five broad-reaching schools that are the Institute’s main sites for undergraduate and graduate education and research.

In response to the prevalence of computing in society and academic inquiry, the MIT Schwarzman College of Computing will serve as a campus-wide “bridge” across disciplines. It will advance research in computing and computer science—especially in artificial intelligence—and enhance our understanding of the social and ethical implications of technology.

The working groups consist of over 100 MIT faculty, students, and staff, and have been in operation since February, with the help of community input and a campus-wide Idea Bank. The groups each submitted separate reports last week.

The working group co-chairs are also part of a steering committee which is helping guide the formation of the new college and has convened frequently in recent months to examine overlapping areas of interest among the groups. Steering committee members also include MIT Provost Martin A. Schmidt, School of Engineering Dean Anantha Chandrakasan, and Faculty Chair Susan Silbey.

“I wish to express my deep appreciation to the Steering Committee and to all of the members of the working groups for their dedicated work during the last several months, especially knowing that they had a great deal of territory to cover during a relatively short span of time,” said Schmidt in an email sent to the MIT community today. “We are extremely grateful for their efforts.”

Each working group evaluated multiple, often overlapping ideas about the Schwarzman College of Computing. These working group reports do not represent a series of final decisions about the college; rather, they detail important organizational options, often weighing pros and cons of particular ideas.

The Working Group on Organizational Structure was chaired by Asu Ozdaglar, head of the Department of Electrical Engineering and Computer Science (EECS) and the School of Engineering Distinguished Professor of Engineering, and Nelson Repenning, associate dean of leadership and special projects and the MIT Sloan School of Management Distinguished Professor of System Dynamics and Organization Studies.

The group evaluated the best organizational structure for the MIT Schwarzman College of Computing in light of the existing strengths of computing research in EECS and the overall needs of MIT’s five schools: the School of Engineering; the School of Science; the School of Humanities, Arts, and Social Sciences; the School of Architecture and Planning; and the Sloan School of Management.

The working group discussed a structure in which all five schools work to create interdisciplinary core course offerings in the new college. Another key issue the group has been examining is the relationship between the college and EECS. Additionally, the group outlined several ways that faculty can be affiliated with the college while continuing as members of their own departments and programs.

The Faculty Appointments Working Group was co-chaired by Eran Ben-Joseph, head of the Department of Urban Studies and Planning, and William Freeman, the Thomas and Gerd Perkins Professor of Electrical Engineering.

The group examined options concerning four related topics: types of faculty appointments, hiring models, faculty rights and responsibilities, and faculty mentoring handbooks. Many faculty hires could be joint appointments, the group proposed, with teaching and research in both the new college and existing departments; the college’s hiring process could also allow for a significant portion of new faculty to have this kind of multidisciplinary status.

If this approach is followed, the working group suggested, joint-faculty roles, rights, and obligations need to be well-defined—including research expectations and teaching commitments—and guidelines for faculty mentoring should be established in advance.

The Working Group on Curriculum and Degrees was co-chaired by Srini Devadas, the Edwin Sibley Webster Professor of Electrical Engineering and Computer Science, and Troy Van Voorhis, the Haslam and Dewey Professor of Chemistry.

Proposals from this group include ways to encourage more undergraduates to complete the flexible computer science minor or to pursue “threads”—sets of coursework similar to minors—enhancing computing studies within their own majors. MIT might continue to expand joint degrees or even more-encompassing double majors, and might consider establishing a General Institute Requirement in computing. The group also examined graduate education and developed ideas about graduate degrees and certificates in computation, as well as the expansion of joint graduate degrees that include computing. The group also outlined a variety of ways new curriculum development may occur.

The Working Group on the Social Implications and Responsibilities of Computing was co-chaired by Melissa Nobles, the Kenan Sahin Dean of the School of Humanities, Arts, and Social Sciences and a professor of political science, and Julie Shah, an associate professor in the Department of Aeronautics and Astronautics and head of the Interactive Robotics Group in CSAIL.

Broadly, the working group examined how best to incorporate social and ethical considerations into the college’s fabric—including education, research, and external engagement. On the education front, the group examined how that stand-alone classes about ethics and social responsibility could be woven into the college curriculum. They also evaluated how smaller educational units about social issues could be incorporated within other classes. The group also proposed new ideas about including an ethics dimension in research and extracurricular learning—such as leveraging MIT’s UROP program or mentored projects to provide a strong grounding in ethics-focused work.

Members of the MIT community are encouraged to examine the latest reports and offer input about the MIT Schwarzman College of Computing.

“I invite you to review these preliminary reports and provide us with your feedback,” Schmidt said in his letter to the community, adding: “I look forward to further opportunities for community involvement in the early phases and continuing development of our new college.”

He noted that community input will be collected until June 28, after which the final reports will be posted.

The official launch of the MIT Schwarzman College of Computing will occur this fall, with the full development of the college occurring over a period of several years. MIT aims to add 50 full-time faculty to the college and jointly with departments across MIT over a five-year period. The Institute has also identified the location for a new building for the college, on the site of 44 Vassar Street, between Massachusetts Avenue and Main Street, and aims to open the new facility by late 2022.

In February, MIT announced the appointment of Dan Huttenlocher SM ’84, PhD ’88 as the first dean of the college. Huttenlocher will begin the new post this summer.
The MIT Schwarzman College of Computing is being supported by a $1 billion commitment for new research and education in computing, the biggest investment of its kind by a United States academic institution. The core support for the new college comes from a $350 million foundational gift from Stephen A. Schwarzman, the chairman, CEO, and cofounder of Blackstone, the global asset management and financial services firm.

Computing for the Health of the Planet
Tour the Future Stephen A. Schwarzman College of Computing
A Helping Hand for Robotic Manipulator Design
Load more