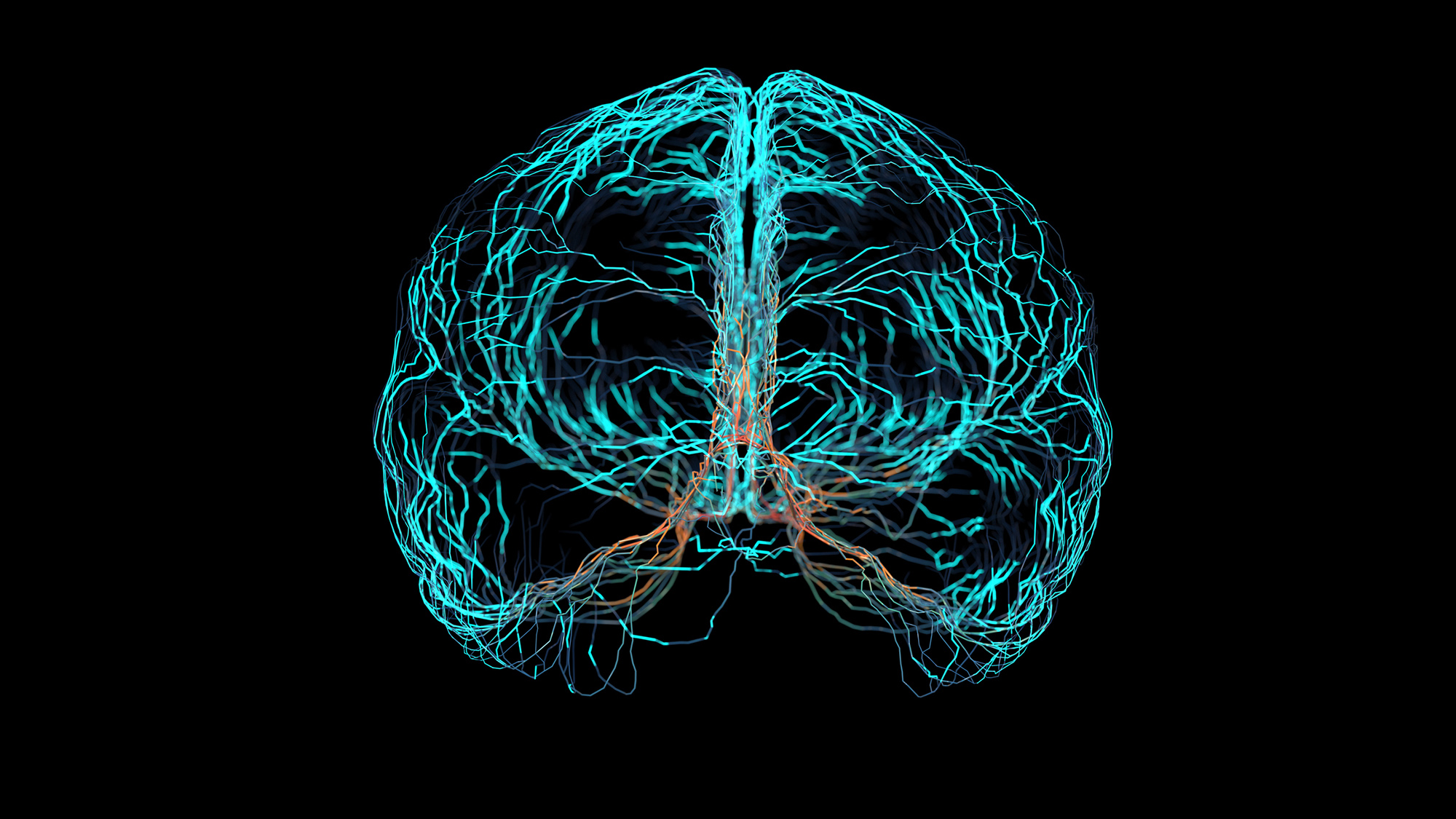 Payton Dupuis’s interest in biology research began where it does for many future scientists —witnessing a relative struggling with an incurable medical condition. For Dupuis, that family member was her uncle, who suffered from complications from diabetes. Dupuis, a senior at Montana State University, says that diabetes is prominent on the Flathead Reservation in Montana where she grew up, and witnessing the impacts of the disease inspired her to pursue a career in scientific research. Since then, that passion has taken Dupuis around the country to participate in various summer research programs in the biomedical sciences. 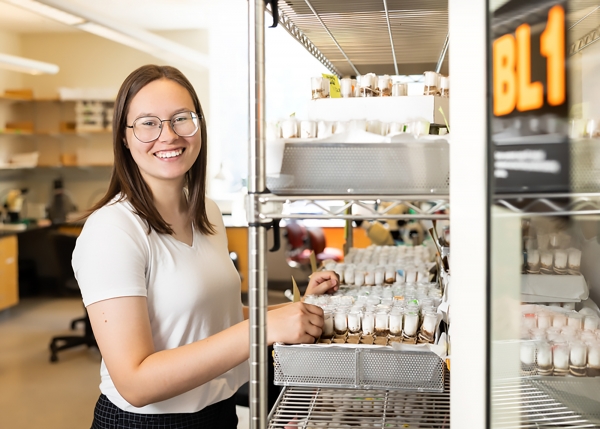 Most recently, she was a participant in the Bernard S. and Sophie G. Gould MIT Summer Research Program in Biology (BSG-MSRP-Bio). The program, offered by the departments of biology and brain and cognitive sciences, is designed to encourage students from underrepresented groups to attend graduate school and pursue careers in science research. More than 85% of participants have subsequently enrolled in highly ranked graduate programs, many of them returning to MIT, just as Dupuis is considering.

Her journey from witnessing the impacts of her uncle’s diabetes to considering graduate school at MIT was made possible only by Dupuis’s love of science and her ability to “find a positive,” as she says, in every experience.

As a high-schooler, Dupuis made her first trip to the Northeast, participating in the Summer Academy of Math and Sciences at Carnegie Mellon University. For Dupuis, who hadn’t even taken calculus yet, the experience was a welcome challenge. “That definitely made me work hard,” she laughs, comparing herself to other program participants. “But I proved to myself, not for anyone else, that I belonged in that program.”

In addition to being a confidence booster, the Carnegie Mellon program also gave Dupuis her first taste of scientific research working in a biomedical lab on tissue regeneration. She was excited about the possibilities of growing new organs—such as the insulin-producing pancreas that could help regulate her uncle’s diabetes—outside of the body. Dupuis was officially hooked on biology.

Her experience that summer encouraged Dupuis to major in chemical engineering, seeing it as a good pipeline into biomedical research. Unfortunately, the chemical engineering curriculum at Montana State wasn’t what she expected, focusing less on the human body and more on the oil industry. In that context, her ability to see a silver lining served Dupuis well.

“That wasn’t really what I wanted, but it was still interesting because there were ways that I could apply it to the body,” she explains. “Like fluid mechanics—instead of water flowing through a pipe, I was thinking about blood flowing through veins.”

Dupuis adds that the chemical engineering program also gave her problem-solving skills that have been valuable as she’s undertaken biology-focused summer programs to help refine her interests. One summer, she worked in the chemistry department at Montana State, getting hands-on experience in a wet lab. “I didn’t really know any of the chemistry behind what I was doing,” she admits, “but I fell in love with it.” Another summer, she participated in the Tufts Building Diversity in Biomedical Sciences program, exploring the genetic side of research through a project on bone development in mice.

In 2020, a mentor at the local tribal college connected Dupuis with Keith Henry, an associate professor of biomedical sciences at the University of North Dakota. With Henry, Dupuis looked for new binding sites for the neurotransmitter serotonin that could help minimize the side effects that come with long-term use of selective serotonin reuptake inhibitors (SSRIs), the most common class of antidepressants. That summer was Dupuis’s first exposure to brain research and her first experience modeling biological processes with computers. She loved it. In fact, as soon as she returned to Montana State, Dupuis enrolled as a computer science minor.

Because of the minor, Dupuis needs an extra year to graduate, which left her one more summer for a research program. Her older sister had previously participated in the general MSRP program at MIT, so it was a no-brainer for Dupuis to apply for the biology-specific program.

This summer, Dupuis was placed in the lab of Troy Littleton, the Menicon Professor in Neuroscience at The Picower Institute for Learning and Memory. “I definitely fell in love with the lab,” she says. With Littleton, Dupuis completed a project looking at complexin, a protein that can both inhibit and facilitate the release of neurotransmitters like serotonin. It’s also essential for the fusion of synaptic vesicles, the parts of neurons that store and release neurotransmitters.

A number of human neurological diseases have been linked to a deficiency in complexin, although Dupuis says that scientists are still figuring out what the protein does and how it works.

To that end, Dupuis focused this summer on fruit flies, which have two different types of complexin—humans, in comparison, have four. Using gene editing, she designed an experiment comparing fruit flies possessing various amounts of different subtypes of the protein. There was the positive control group, which was untouched; the negative control group that had no complexin; and two experimental groups, each with one of the subtypes removed. Using fluorescent staining, Dupuis compared how neurons lit up in each group of flies, illuminating how altering the amount of complexin changed how the flies released neurotransmitters and formed new synaptic connections.

After touching on so many different areas of biological research through summer programs, Dupuis says that researching neuronal activity in fruit flies this summer was the perfect fit intellectually, and a formative experience as a researcher.

“I’ve definitely learned how to take an experiment and make it my own and figure out what works best for me, but still produces the results we need,” she says.

As for what’s next, Dupuis says her experience at MIT has sold her on pursuing graduate work in brain sciences. “Boston is really where I want to be and eventually work, with all the biotech and biopharma companies around,” she says. One of the perks of the MSRP-Bio program is professional development opportunities. Though Dupuis had always been interested in industry, she says she appreciated attending career panels this summer that demystified what that career path really looks like and what it takes to get there.

Perhaps the most important aspect of the program for Dupuis, though, was the confidence it provided as she continues to navigate the world of biomedical research. She intends to take that back with her to Montana State to encourage classmates to seek out similar summer opportunities.

“There’s so many people that I know would be a great researcher and love science, but they just don’t either know about it or think they can get it,” she says. “All I’d say is, you just got to apply. You just have to put yourself out there.”

This story was originally written by Leah Campbell and published in MIT News on September 29, 2022.

Discovery Science Human Health School of Science
Give to MIT

Through Mentorship, a Deeper Understanding of Brain Cancer Metabolism Grows
At the Forefront of Building With Biology
MIT-Northpond Program Created To Advance Innovation in Engineering and Life Sciences
Load more