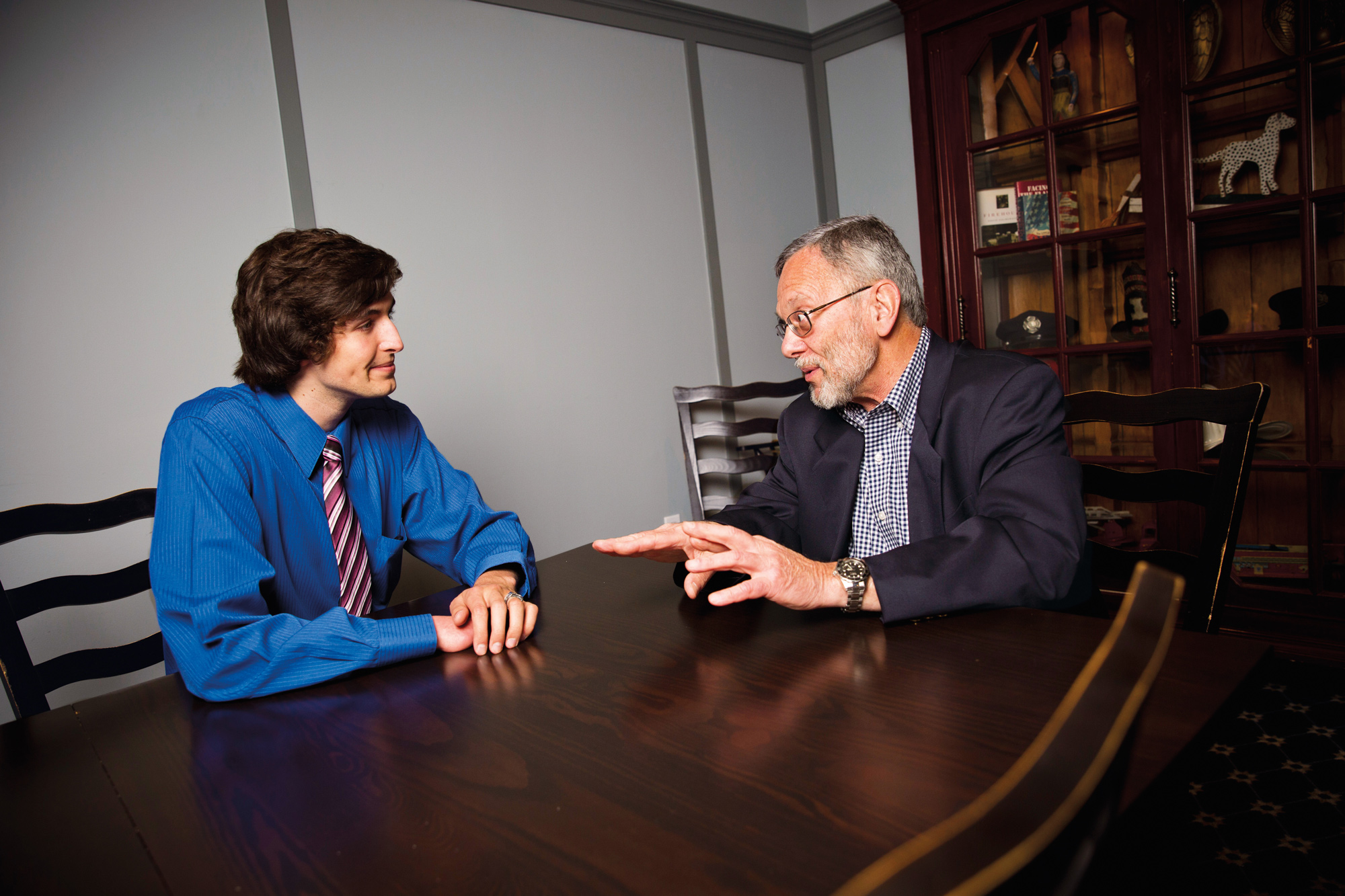 When Stephen Hoffman ’66 decided to endow a scholarship at MIT, he knew at once whom it should honor. “In your lifetime, you meet very few people like Jim,” he says of the namesake of the James E. Brown III Memorial Scholarship. Not coincidentally, Brown came to MIT on full scholarship. “Aside from being an outstanding student, as well as fulfilling his non-academic workload, Jim always found time to help anybody who asked him for academic assistance,” Hoffman recalls of his friend, who went on to apply his degree in electrical engineering to a career in academia and the oil industry.

In June 2016, Hoffman returned to MIT for his 50th Reunion. Though Brown, who died in 1992, could not be there, his memory was celebrated in the back room of a Kendall Square restaurant that weekend as it filled with people exchanging lively greetings: Hoffman and his wife, Mindy; Brown’s daughter Emily ’96, in town for her own 20th Reunion; Richard ’66 and Emily Levine, also contributors to the scholarship fund and close friends of Brown; and student Geronimo Mirano ’16 and his family. Mirano had been supported throughout his entire four years at MIT as the first Brown Scholar, and was now graduating with a degree in computer science and mathematics.

Hoffman converses in the practical tones of a businessman (he recently retired from the helm of a food and beverage company), but he says he saw the hand of fate in that June encounter: marking his half-century as an MIT alumnus the same weekend Mirano became one, all while MIT celebrated 100 years in Cambridge. And it wasn’t just the timing. If you pictured the ideal candidate for a scholarship in Brown’s name, “Geronimo is that person,” Hoffman says. “He reflects a lot of Jim’s attributes: inquisitive, hardworking, personable. He didn’t just ‘get through’ MIT—he took it very seriously and I think has gotten a lot out of it.”

Mirano, now beginning his master’s of engineering at MIT, says he relished a period of academic exploration before settling on his undergraduate major. He also credits opportunities for research through the Undergraduate Research Opportunities Program (UROP), as well as travel with the MIT International Science and Technology Initiatives (MISTI) program in Japan, for honing his focus.

“I want to develop engineering solutions to real problems,” Mirano says. One of his interests is automating aspects of manual labor to decrease strain on workers “and elevate the engagement people have with their jobs.” To that end, he is working with his master’s advisor, computer scientist Russell Tedrake PhD ’04, on robotic grasp control.

Looking back at Commencement weekend, Mirano says, “It was a highlight for my parents and grandparents to meet the Hoffmans for the first time.” He recalls his own first meeting with them and Brown’s widow, Cathy, and elder daughter Kate: “I remember being floored by their stories about James Brown. To know I was being sponsored in his memory was humbling.”

That’s the kind of reaction Hoffman hopes will continue to inspire the fund’s future recipients for decades to come. “Naming a scholarship is about turning the financial aid transaction between MIT and the recipient into a more personal relationship,”  he believes—and not just through donor/student interactions, but in a big-picture sense, by demonstrating someone cared enough to provide the student with an opportunity. Hoffman hopes this might even prompt some recipients to establish a scholarship fund themselves, down the road: “It multiplies, and makes it that much easier for MIT to thrive and help more students.”