Real-time Data for a Better Response to Disease Outbreaks 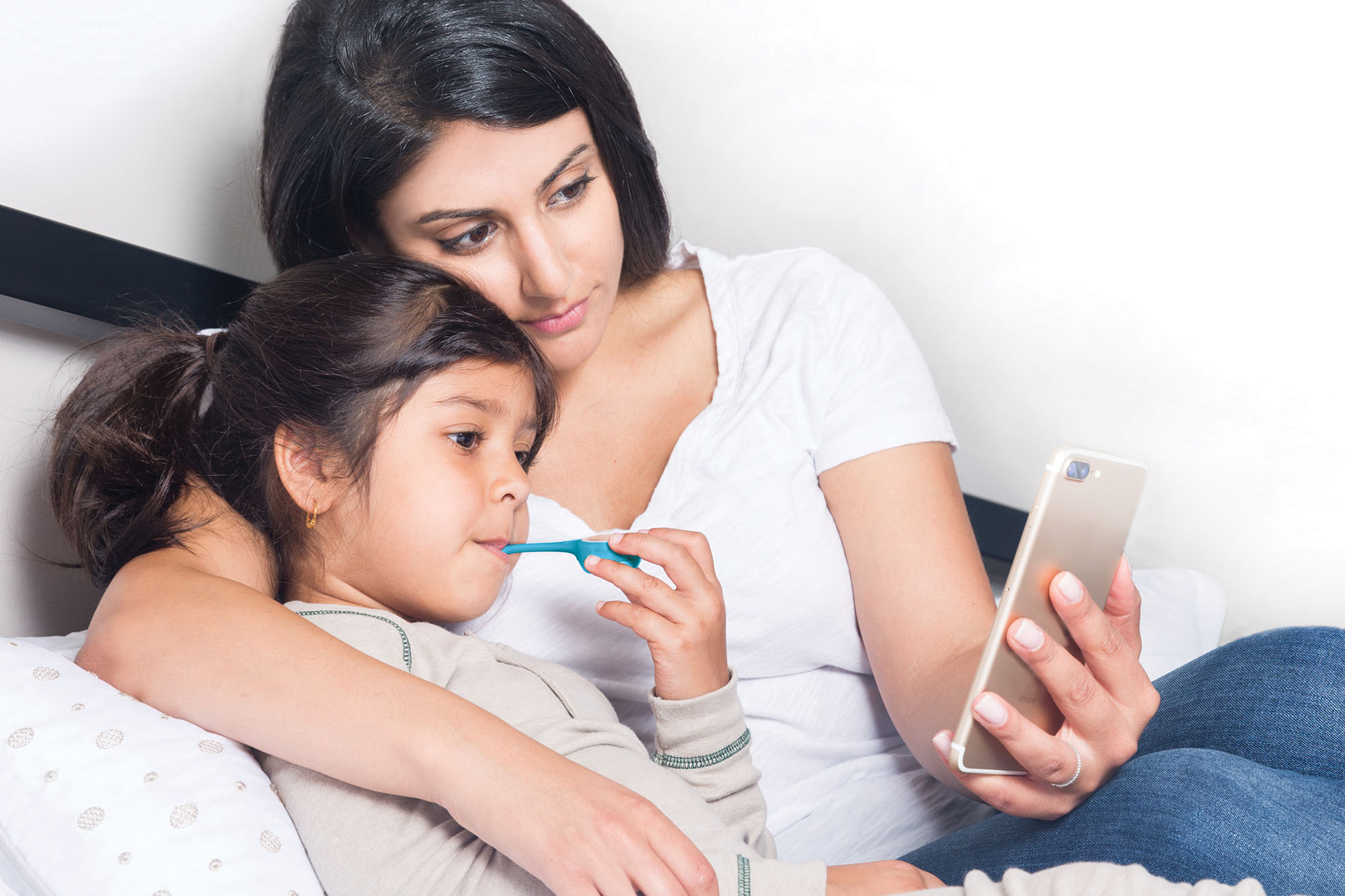 This article originally appeared on MIT News on August 21, 2020.

Kinsa was founded by MIT alumnus Inder Singh MBA ’06, SM ’07 in 2012, with the mission of collecting information about when and where infectious diseases are spreading in real-time. Today the company is fulfilling that mission along several fronts.

It starts with families. More than 1.5 million of Kinsa’s “smart” thermometers have been sold or given away across the country, including hundreds of thousands to families from low-income school districts. The thermometers link to an app that helps users decide if they should seek medical attention based on age, fever, and symptoms.

At the community level, the data generated by the thermometers are anonymized and aggregated, and can be shared with parents and school officials, helping them understand what illnesses are going around and prevent the spread of disease in classrooms.

By working with over 2,000 schools to date in addition to many businesses, Kinsa has also developed predictive models that can forecast flu seasons each year. In the spring of this year, the company showed it could predict flu spread 12 to 20 weeks in advance at the city level.

The milestone prepared Kinsa for its most profound scale-up yet. When Covid-19 came to the United States, the company was able to estimate its spread in real time by tracking fever levels above what would normally be expected. Now Kinsa is working with health officials in five states and three cities to help contain and control the virus.

“By the time the CDC [US Centers for Disease Control] gets the data, it has been processed, deidentified, and people have entered the health system to see a doctor,” say Singh, who is Kinsa’s CEO as well as its founder. “There’s a huge delay from when someone contracts an illness and when they see a doctor. The current health care system only sees the latter; we see the former.”

Today Kinsa finds itself playing a central role in America’s Covid-19 response. In addition to its local partnerships, the company has become a central information hub for the public, media, and researchers with its Healthweather tool, which maps unusual rates of fevers—among the most common symptom of Covid-19—to help visualize the prevalence of illness in communities.

Singh says Kinsa’s data complement other methods of containing the virus like testing, contact tracing, and the use of face masks.

Singh’s first exposure to MIT came while he was attending the Harvard University Kennedy School of Government as a graduate student.

“I remember I interacted with some MIT undergrads, we brainstormed some social-impact ideas,” Singh recalls. “A week later I got an email from them saying they’d prototyped what we were talking about. I was like, ‘You prototyped what we talked about in a week!?’ I was blown away, and it was an insight into how MIT is such a doer campus. It was so entrepreneurial. I was like, ‘I want to do that.’”

Soon Singh enrolled in the Harvard-MIT Program in Health Sciences and Technology, an interdisciplinary program where Singh earned his master’s and MBA degrees while working with leading research hospitals in the area. The program also set him on a course to improve the way we respond to infectious disease.

Following his graduation, he joined the Clinton Health Access Initiative (CHAI), where he brokered deals between pharmaceutical companies and low-resource countries to lower the cost of medicines for HIV, malaria, and tuberculosis. Singh described CHAI as a dream job, but it opened his eyes to several shortcomings in the global health system.

“The world tries to curb the spread of infectious illness with almost zero real-time information about when and where disease is spreading,” Singh says. “The question I posed to start Kinsa was ‘how do you stop the next outbreak before it becomes an epidemic if you don’t know where and when it’s starting and how fast it’s spreading’?”

Kinsa was started in 2012 with the insight that better data were needed to control infectious diseases. In order to get that data, the company needed a new way of providing value to sick people and families.

“The behavior in the home when someone gets sick is to grab the thermometer,” Singh says. “We piggy-backed off of that to create a communication channel to the sick, to help them get better faster.”

Kinsa started by selling its thermometers and creating a sponsorship program for corporate donors to fund thermometer donations to Title 1 schools, which serve high numbers of economically disadvantaged students. Singh says 40 percent of families that receive a Kinsa thermometer through that program did not previously have any thermometer in their house.

The company says its program has been shown to help schools improve attendance, and has yielded years of real-time data on fever rates to help compare to official estimates and develop its models.

“We had been forecasting flu incidence accurately several weeks out for years, and right around early 2020, we had a massive breakthrough,” Singh recalls. “We showed we could predict flu 12 to 20 weeks out—then March hit. We said, let’s try to remove the fever levels associated with cold and flu from our observed real time signal. What’s left over is unusual fevers, and we saw hotspots across the country. We observed six years of data and there’d been hot spots, but nothing like we were seeing in early March.”

The company quickly made their real-time data available to the public, and on March 14, Singh got on a call with the former New York State health commissioner, the former head of the US Food and Drug Administration, and the man responsible for Taiwan’s successful Covid-19 response.

“I said, ‘There’s hotspots everywhere,’” Singh recalls. “They’re in New York, around the Northeast, Texas, Michigan. They said, ‘This is interesting, but it doesn’t look credible because we’re not seeing case reports of Covid-19.’ Lo and behold, days and weeks later, we saw the Covid cases start building up.”

A tool against Covid-19

Singh says Kinsa’s data provide an unprecedented look into the way a disease is spreading through a community.

“We can predict the entire incidence curve [of flu season] on a city-by-city basis,” Singh says. “The next best model is [about] three weeks out, at a multistate level. It’s not because we’re smarter than others; it’s because we have better data. We found a way to communicate with someone consistently when they’ve just fallen ill.”

Kinsa has been working with health departments and research groups around the country to help them interpret the company’s data and react to early warnings of Covid-19’s spread. It’s also helping companies around the country as they begin bringing employees back to offices.

Now Kinsa is working on expanding its international presence to help curb infectious diseases on multiple fronts around the world, just like it’s doing in the United States. The company’s progress promises to help authorities monitor diseases long after Covid-19.

“I started Kinsa to create a global, real-time outbreak monitoring and detection system, and now we have predictive power beyond that,” Singh says. “When you know where and when symptoms are starting and how fast they’re spreading, you can empower local individuals, families, communities, and governments.”

Covid-19 Human Health Innovation and Entrepreneurship
Give to MIT