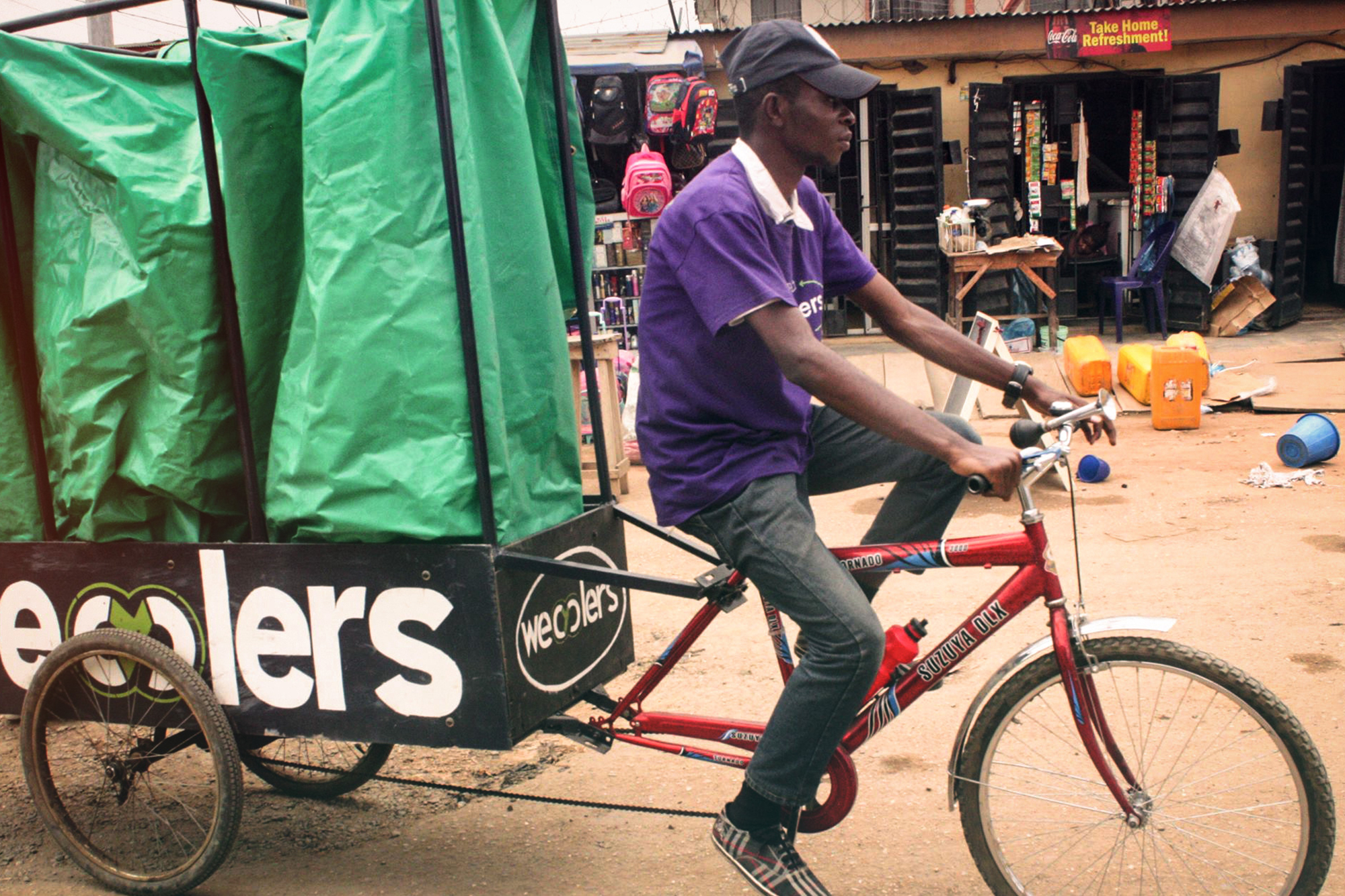 Recycling is considered a luxury in many parts of the developing world. Yet the accumulation of trash creates major health problems for those populations. Adebiyi, who grew up in Lagos, Nigeria, teamed up with classmate Fallon to create Wecyclers. The program’s fleet of bike-riding locals collects recyclables in exchange for rewards. Launched in 2012, Wecyclers is serving more than 7,000 households in Lagos and has created 75 jobs.