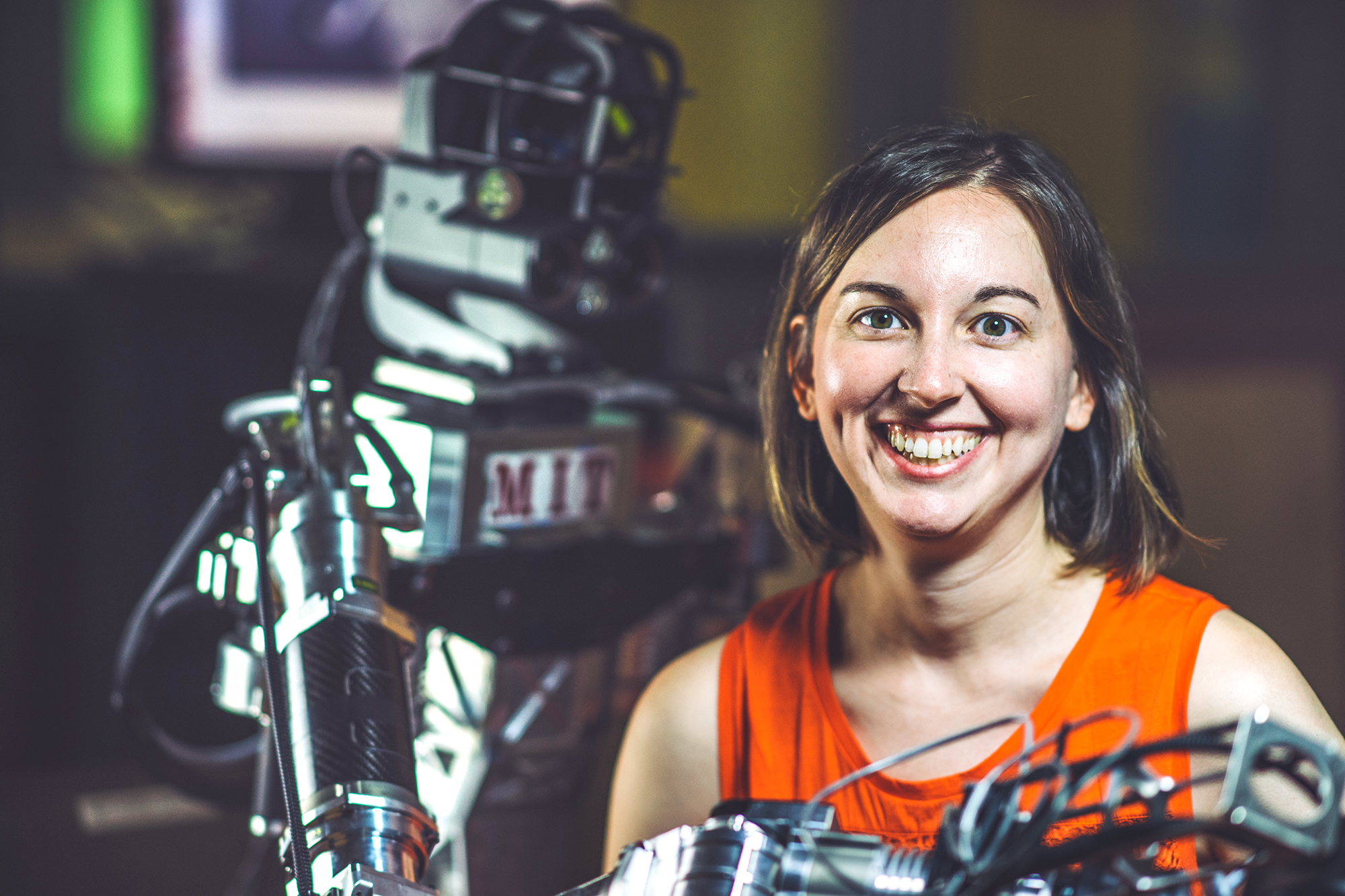 In popular culture—and in the news—robots are often depicted acting independently. These are the robots that are sometimes characterized as “coming for our jobs.” But Julie Shah, associate professor of aeronautics and astronautics, leader of the Interactive Robotics Group, and associate dean, social and ethical responsibilities of computing, sees a far different future when it comes to robots.

“Our goal is to be able to harness the relative strengths of humans and machines to accomplish what neither of us can do alone,” she says. “And our group works to do that by developing the artificial intelligence to make robots understand us better.”

She points out that there are far more robots in our everyday lives in the United States than we think, including in delivery, security, and stocking roles. “They do very circumscribed tasks and aren’t very interactive,” she says. “An automated vacuum cleaner can coexist in your house, for example, but it doesn’t understand your needs.”

To create robots that can more effectively assist humans, Shah’s group draws from models in cognitive science and behavioral psychology to find out what makes a person an effective teammate. The researchers then design computational models that enable machines to exhibit those same characteristics. The goal is for the robot to understand what its human counterpart is thinking, anticipate what the human is going to do next, and make fast adjustments when things don’t go according to plan.

“This idea of designing for a combined human-machine system is something that grows out of aerospace—a development of pilots working with intelligent systems in the cockpit to fly complex aircraft,” she explains. Building on these principles, collaborative robots can work alongside humans in a variety of systems, from factories to hospitals.

While many of these collaborative robots have already been deployed, Shah’s group is just getting started. “I think one of the strengths of MIT is the ability to grow interesting new technologies and disciplines at the intersection of existing fields,” she says. “Having spent nearly two decades here as a student and now a faculty member, my experience has been shaped by the very low barrier between departments and disciplines.”