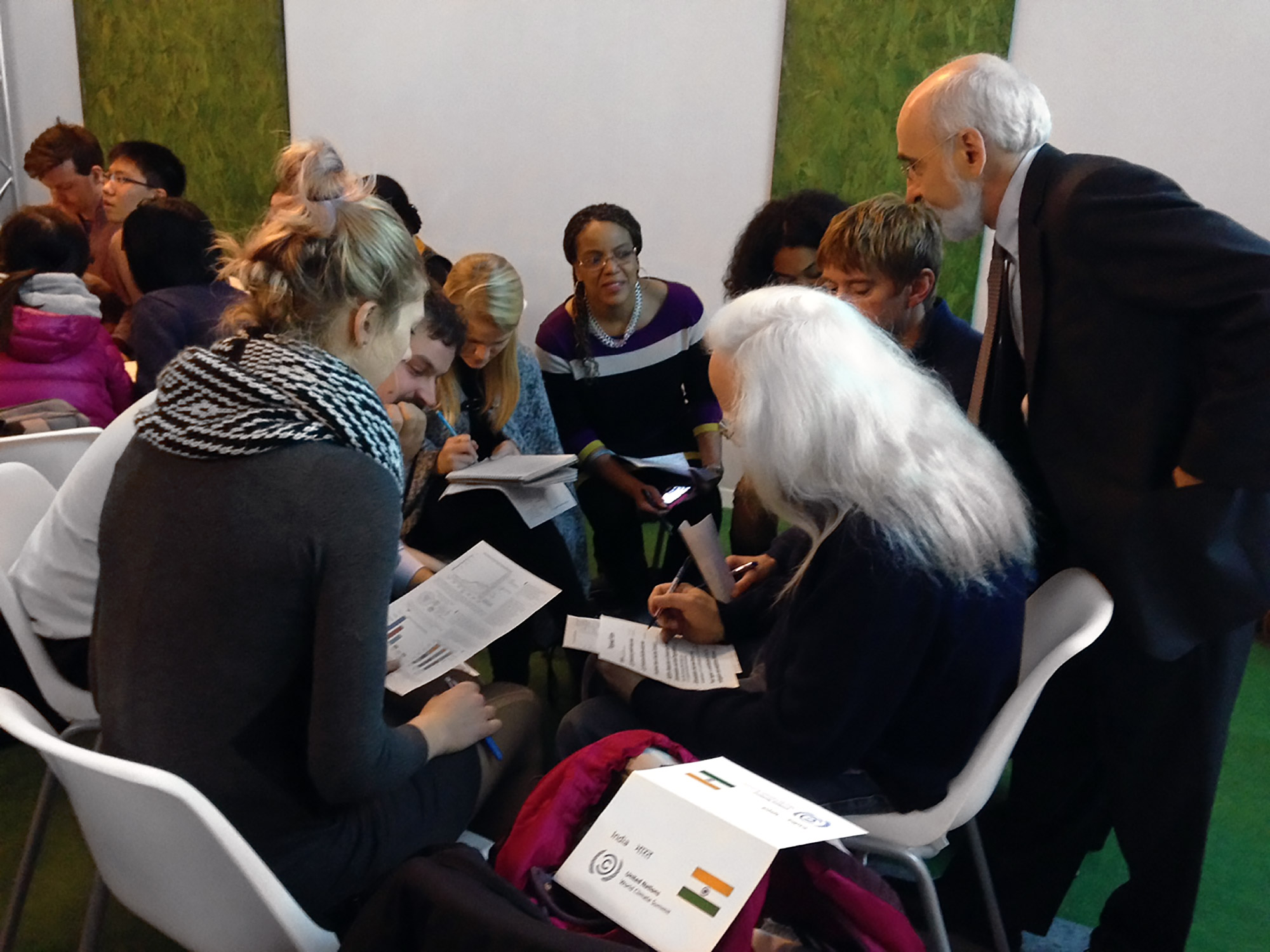 If you were Narendra Modi, how fast would you pledge to cut India’s greenhouse gas emissions? How would you protect India’s economic development? What would you demand in return? What if you were Barack Obama? Vladimir Putin?

“World Climate,” a live-action role-playing simulation of the UN climate change negotiations, asks just those questions—and has proved useful not only in classrooms across the world, but for Nobel-winning scientists, EU policymakers, oil executives, and the US State Department, all of whom have participated in the simulation since its White House debut in 2015.

Why simulation? “We have only one Earth, so we can’t run controlled experiments or reverse course after climate change harms human welfare. More important, public opinion, public policies, and personal behavior don’t change just because scientists tell us about the risks,” Sterman says. “Research shows that showing people research doesn’t work. For climate change, and many pressing issues, simulation is the only way people can learn for themselves.” Sterman and his colleagues have developed many famous simulation games, many freely available, including the Beer Game and Fishbanks.

In World Climate, people negotiate a climate agreement, then use Climate Interactive’s C-ROADS computer model to receive immediate feedback on how their proposed policies affect the global climate.

Sterman, Jones, and Climate Interactive took World Climate to Paris for the 2015 UN Climate Conference, with the “delegates” ranging from high schoolers to representatives of NGOs and firms. “First-round results were close to the Paris pledges—nowhere near enough to curb climate change,” Sterman says. “Many were shocked—they thought their pledges would get the job done.” Participants seized a second chance to negotiate, and reached a stronger agreement—an outcome the exercise’s inventors work to catalyze in the real negotiations. To date, more than 28,000 people have played World Climate, in more than 60 nations.

This story was originally published in November 2016.