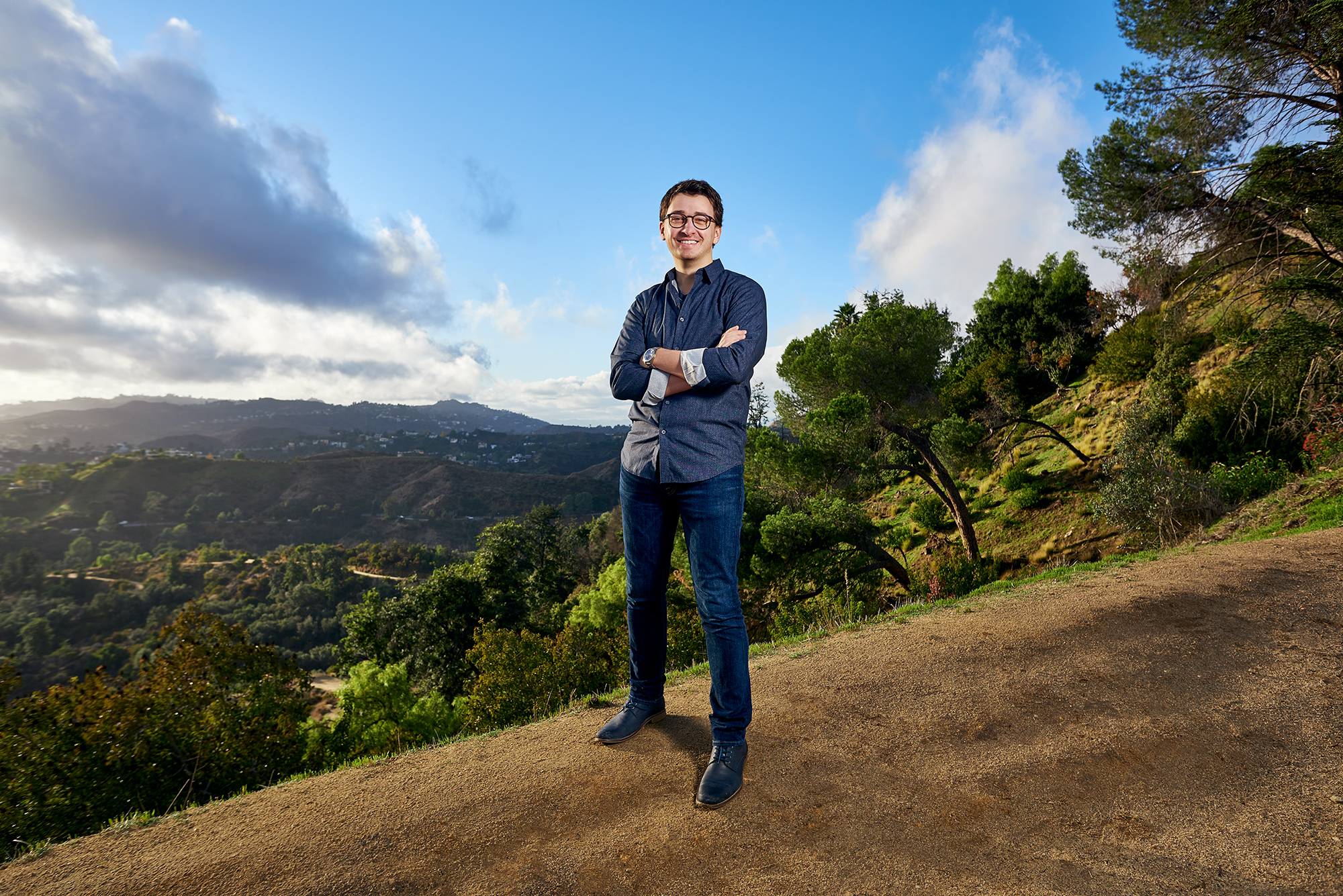 MIT means the world to Garrett Parrish ’17. Attending the Institute on a scholarship helped set him free from the defining struggle of his early life, financial insecurity, and gave him the skills and hands-on experience to achieve his childhood dream. “I grew up in a single-parent household with major financial troubles,” he explains, “and the only relief from that struggle was when we went to Disney World.” With no money for plane tickets, the family drove more than 20 hours to reach the park.

Parrish was fascinated by the Disney “nighttime spectacular” show he saw at the age of 10, “IllumiNations: Reflections of Earth,” at Epcot. As the show drew to a close, he turned to his brother and said, “I want to do that. Whatever that is, that’s my life.” Today, Parrish is an associate production designer at Walt Disney Imagineering, the very job of his childhood ambitions. “Everything I’ve done was in service of that goal,” he says.

Getting there took a combination of hard work, focus, and exceptional abilities. Financial stress during his high school years required Parrish to balance an intense academic workload and extracurricular activities with part-time jobs that helped his family make ends meet. He helped shoulder financial tasks and was keenly aware of crippling debt brought on by a costly family divorce and unemployment resulting from the recession. “In that situation, you’re so focused on survival,” he reflects. “I knew I could only go to college if I got a full scholarship, otherwise I would create more debt for my mom. I was lucky enough to know that if I got into MIT they would help.” He was thrilled to receive scholarship support from the J. Burgess Jamieson and Elizabeth Jamieson Endowment Fund.

At MIT, Parrish, an accomplished percussionist, studied jazz as well as engineering, took courses that interested him even if they were outside his major, and designed his own concentration in music technology. Scholarship funds were vital: “When you’re a college student, it can take you a whole Saturday to earn $100 in a part-time job,” he explains. “Not having to work to pay my tuition freed me up to do more research, play more music, even start a company during my years at MIT. Coming from a humble background, it’s such a relief not to have financial stress so you can emotionally relax and take full advantage of all the MIT community has to offer.”

Undergraduate accomplishments led to a summer internship at Disney, where Parrish was told he’d stood out from a field of 400 applicants because of direct experience he’d gained at the MIT Media Lab. He was excited by the opportunity to work on “Star Wars: Galaxy’s Edge”—a new land now open at Disney World and Disneyland. Back on campus, his senior thesis project was a multimedia show in the tradition of the Disney spectaculars he loved, incorporating technology, dance, music, and theater.

The show was performed live to welcome incoming MIT students in fall 2017, and Parrish sent a recording to his internship supervisors at Disney. As a result, he was invited to intern and ultimately hired by Disney’s Imagineering Creative Entertainment division, where part of his portfolio is the show that will replace “IllumiNations: Reflections of Earth,” the production he so loved as a child. “I inject all the things I learned at MIT into the creative process,” says Parrish. “Every day I think, I’d never in a billion years be able to do this work if I hadn’t gotten a scholarship to MIT.”