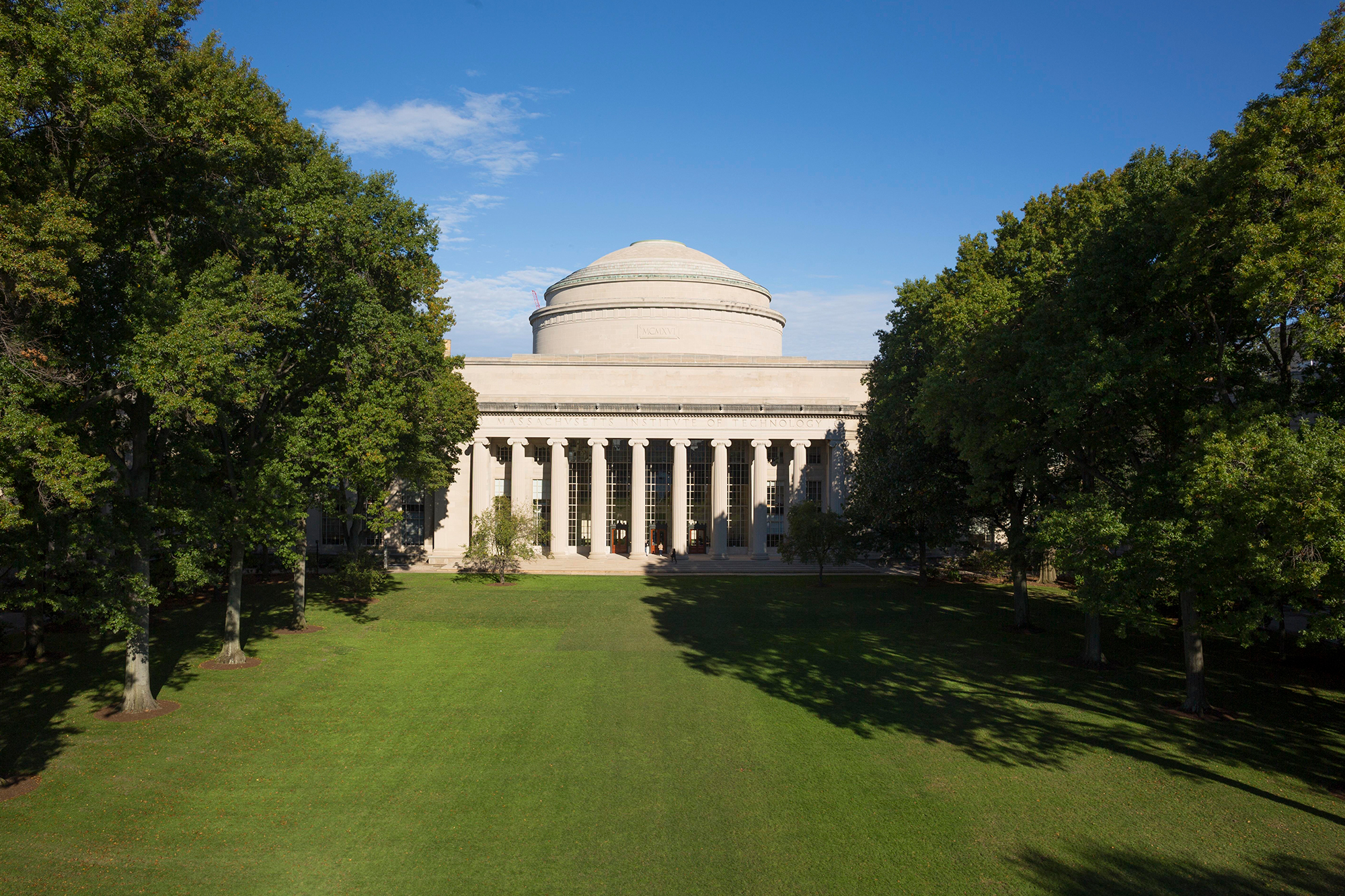 The School of Science has awarded chaired appointments to 12 faculty members. These faculty, who are members of the departments of Biology; Brain and Cognitive Sciences; Chemistry; Earth, Atmospheric and Planetary Sciences; and Physics, receive additional support to pursue their research and develop their careers. 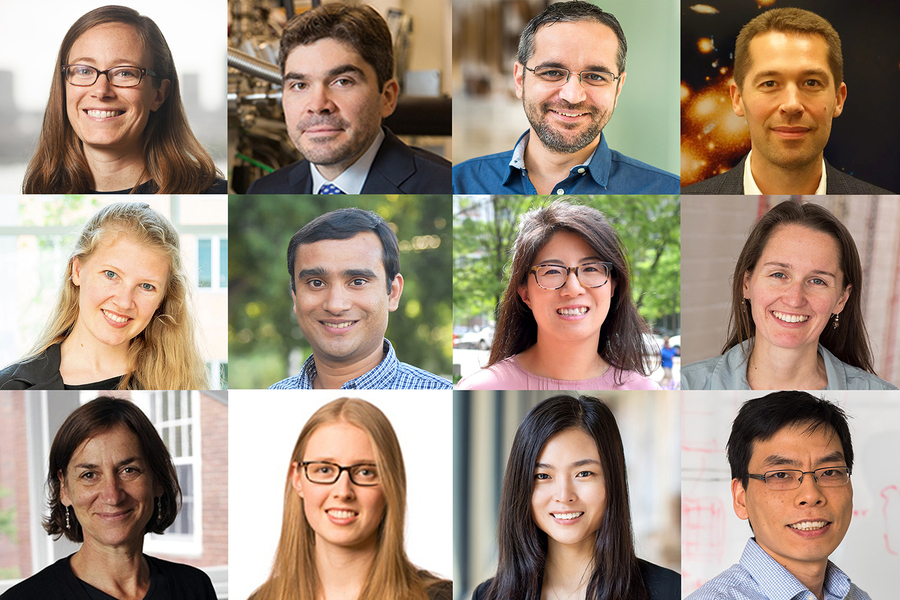 Kristin Bergmann, an assistant professor in the Department of Earth, Atmospheric and Planetary Sciences, has been named a D. Reid Weedon Jr. ’41 Career Development Professor. This is a three-year professorship. Bergmann’s research integrates across sedimentology and stratigraphy, geochemistry, and geobiology to reveal aspects of Earth’s ancient environments. She aims to better constrain Earth’s climate record and carbon cycle during the evolution of early eukaryotes, including animals. Most of her efforts involve reconstructing the details of carbonate rocks, which store much of Earth’s carbon, and thus, are an important component of Earth’s climate system over long timescales.

Joseph Checkelsky is an associate professor in the Department of Physics and has been named a Mitsui Career Development Professor in Contemporary Technology, an appointment he will hold until 2023. His research in quantum materials relies on experimental methods at the intersection of physics, chemistry, and nanoscience. This work is aimed toward synthesizing new crystalline systems that manifest their quantum nature on a macroscopic scale. He aims to realize and study these crystalline systems, which can then serve as platforms for next-generation quantum sensors, quantum communication, and quantum computers.

Mircea Dincă, appointed a W. M. Keck Professor of Energy, is a professor in the Department of Chemistry. This appointment has a five-year term. The topic of Dincă’s research falls largely under the umbrella of energy storage and conversion. His interest in applied energy usage involves creating new organic and inorganic materials that can improve the efficiency of energy collection, storage, and generation while decreasing environmental impacts. Recently, he has developed materials for efficient air-conditioning units and been collaborating with Automobili Lamborghini on electric vehicle design.

Matthew Evans has been appointed to a five-year MathWorks Physics Professorship. Evans, a professor in the Department of Physics, focuses on the instruments used to detect gravitational waves. A member of MIT’s Laser Interferometer Gravitational-wave Observatory research group, he engineers ways to fine-tune the detection capabilities of the massive ground-based facilities that are being used to identify collisions between black holes and stars in deep space. By removing thermal and quantum limitations, he can increase the sensitivity of the device’s measurements and, thus, its scope of exploration. Evans is also a member of the MIT Kavli Institute for Astrophysics and Space Research.

Evelina Fedorenko is an associate professor in the Department of Brain and Cognitive Sciences and has been named a Frederick A. (1971) and Carole J. Middleton Career Development Professor of Neuroscience. Studying how the brain processes language, Fedorenko uses behavioral studies, brain imaging, neurosurgical recording and stimulation, and computational modeling to better grasp language comprehension and production. In her efforts to elucidate how and what parts of the brain support language processing, she evaluates both typical and atypical brains. Fedorenko is an associate member of the McGovern Institute for Brain Research.

Ankur Jain is an assistant professor in the Department of Biology and now a Thomas D. and Virginia W. Cabot Career Development Professor. He will hold this career development appointment for a term of three years. Jain studies how cells organize their contents. Within a cell, there are numerous compartments that form due to weak interactions between biomolecules and exist without an enclosing membrane. By analyzing the biochemistry and biophysics of these compartments, Jain deduces the principles of cellular organization and its dysfunction in human disease. Jain is also a member of the Whitehead Institute for Biomedical Research.

Pulin Li, an assistant professor in the Department of Biology and the Eugene Bell Career Development Professor of Tissue Engineering for the next three years, explores genetic circuitry in building and maintain a tissue. In particular, she investigates how communication circuitry between individual cells can extrapolate into multicellular behavior using both natural and synthetically generated tissues, for which she combines the fields of synthetic and systems biology, biophysics, and bioengineering. A stronger understanding of genetic circuitry could allow for progress in medicine involving embryonic development and tissue engineering. Li is a member of the Whitehead Institute for Biomedical Research.

Elizabeth Nolan, appointed an Ivan R. Cottrell Professor of Immunology, investigates innate immunity and infectious disease. The Department of Chemistry professor, who will hold this chaired professorship for five years, combines experimental chemistry and microbiology to learn about human immune responses to, and interactions with, microbial pathogens. This research includes elucidating the fight between host and pathogen for essential metal nutrients and the functions of host-defense peptides and proteins during infection. With this knowledge, Nolan contributes to fundamental understanding of the host’s ability to combat microbial infection, which may provide new strategies to treat infectious disease.

Leigh “Wiki” Royden is now a Cecil and Ida Green Professor of Geology and Geophysics. The five-year appointment supports her research on the large-scale dynamics and tectonics of the Earth as a professor in the Department of Earth, Atmospheric and Planetary Sciences. Fundamental to geoscience, the tectonics of regional and global systems are closely linked, particularly through the subduction of the plates into the mantle. Royden’s research adds to our understanding a of the structure and dynamics of the crust and the upper portion of the mantle through observation, theory and modeling. This progress has profound implications for global natural events, like mountain building and continental break-up.

Phiala Shanahan has been appointed a Class of 1957 Career Development Professor for three years. Shanahan is an assistant professor in the Department of Physics, where she specializes in theoretical and nuclear physics. Shanahan’s research uses supercomputers to provide insight into the structure of protons and nuclei in terms of their quark and gluon constituents. Her work also informs searches for new physics beyond the current Standard Model, such dark matter. She is a member of the MIT Center for Theoretical Physics.

Xiao Wang, an assistant professor, has also been named a new Thomas D. and Virginia W. Cabot Professor. In the Department of Chemistry, Wang designs and produces novel methods and tools for analyzing the brain. Integrating chemistry, biophysics, and genomics, her work provides higher-resolution imaging and sampling to explain how the brain functions across molecular to system-wide scales. Wang is also a core member of the Broad Institute of MIT and Harvard.

Bin Zhang has been appointed a Pfizer Inc-Gerald Laubach Career Development Professor for a three-year term. Zhang, an assistant professor in the Department of Chemistry, hopes to connect the framework of the human genome sequence with its various functions on various time and spatial scales. By developing theoretical and computational approaches to categorize information about dynamics, organization, and complexity of the genome, he aims to build a quantitative, predictive modeling tool. This tool could even produce 3-D representations of details happening at a microscopic level within the body.

This article was written by the School of Science and originally appeared on MIT News on September 11, 2020.

Faculty Support MIT Core School of Science
Give to MIT