Setting the Stage for a Lasting Legacy

Throughout his life, Lord Swraj Paul ’52 has risen to meet diverse challenges. His company, Caparo Group, has gained global recognition since he founded it in 1968. He is renowned for his philanthropy. He is also an advisor, as member of the Privy Council, to Elizabeth II, Queen of the United Kingdom and the other Commonwealth Realms: his formal title is “the right honourable Lord Swraj Paul of Marylebone, PC.”

Looking back, what is his takeaway from these experiences? Gratitude is key.

“You look back on your life, you see how kind people have been,” Paul reminisces. “At MIT, I learned a lot. I received a great education. And I’m ever so grateful.” 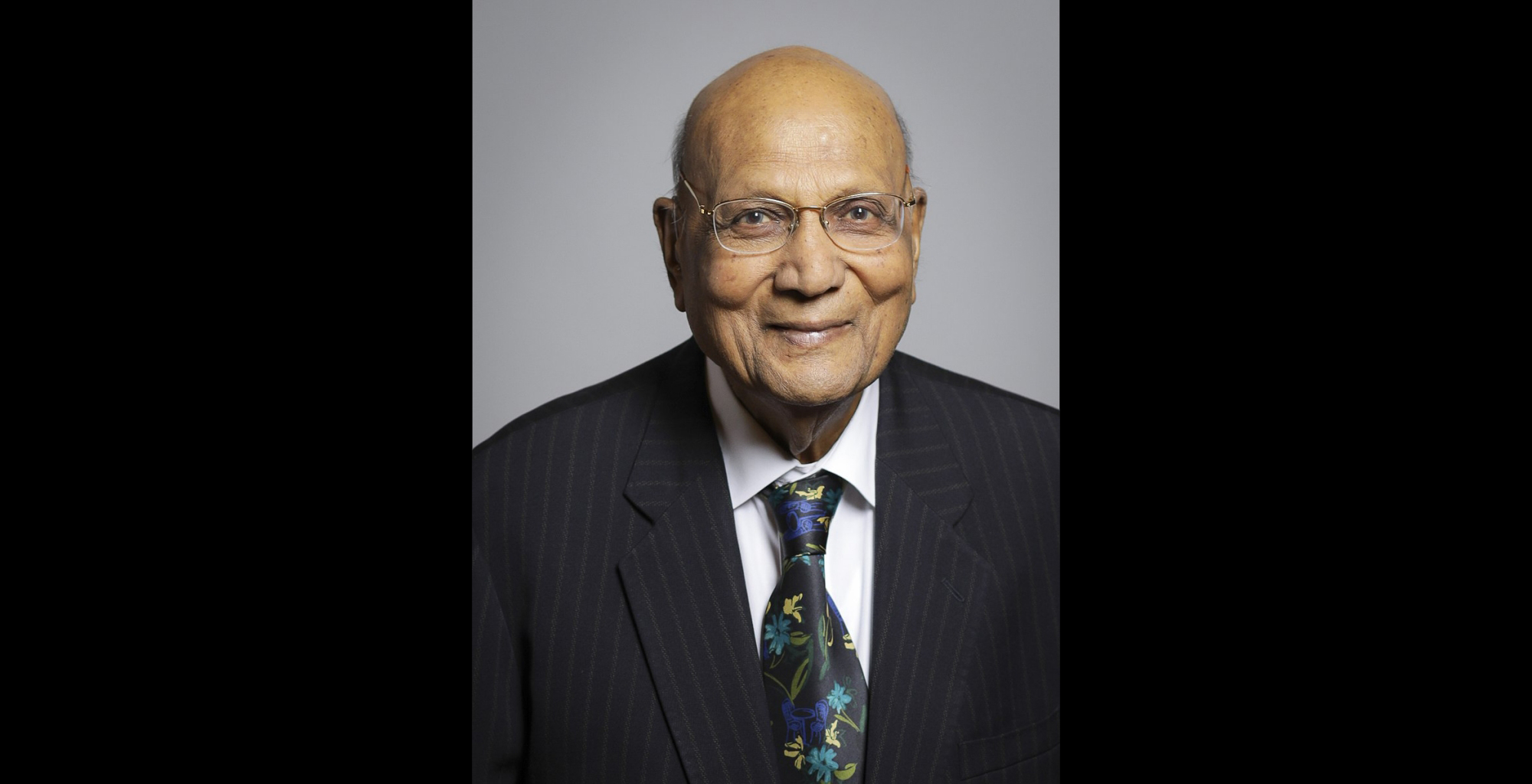 Now, he has made a gift to name the large theater in MIT’s Kresge Auditorium, which was designed by famed architect Eero Saarinen and built in 1955. The 1,200-seat theater has been named the Lord Swraj Paul PC ’52 and Angad Paul ’92 Theater—or, more colloquially, the Swraj Paul Theater—after Paul and his late son, Angad, who graduated from MIT in 1992. His son Akash Paul SM ’81 also attended MIT, as did a nephew and a niece.

“I have always had a great respect for MIT as a world center of technical excellence and was delighted when my sons followed me there,” says Paul. “MIT means a lot to our family, and I am honored that we are able to support the continuation of its values and way of life through this iconic building.”

Kresge is MIT’s premier venue for world leaders, renowned musicians, distinguished speakers, and student presentations. In addition to presentations from academic and political leaders, this includes dynamic projects and pitches from, for example, the mechanical engineering course 2.009 Product Engineering Processes and performances by student musical groups such as the MIT Symphony Orchestra. While the coronavirus pandemic has precluded large indoor gatherings on campus, upon reopening, the Swraj Paul Theater will again serve as a bustling hub for more than 100 major events each year.

The road to MIT

When Paul was a student growing up in British-ruled India in the World War II era, the thought of attending college in the United States was almost unfathomable. “If students went elsewhere for their education, Cambridge was the fashion,” he recalls, meaning Cambridge, England, not Massachusetts. “America was a completely different world.”

Serendipitously, the principal of his school was married to the sister of Karl Taylor Compton, who was president of MIT from 1930 to 1948. “She asked me one day, ‘What are you going to do with your life?’” he recalls. “I told her I wanted to join my family’s business, a foundry, and planned to attend an engineering college in India. And she said, ‘No, you’ve got to go to MIT.’” When Paul was accepted, he was sure that his family would say he was “crazy and should stay in India,” he says. After all, he was only 18 years old and none of his very traditional family—followers of Mahatma Gandhi who were deeply involved in the Indian freedom movement—had ever studied abroad. But they all urged him to go to MIT, especially his eldest brother Stya, who was also interested in education and later founded several institutions of higher learning in India.

Paul was initially overwhelmed once he arrived on campus, but, he says, an understanding faculty and convivial students soon made him feel welcome. “The constant interaction with people from other cultures was enormously broadening,” he says. “The intellectual challenges were stimulating and provoked much discussion and debate, and the sociability of American boys and girls was infectious.” He attributes his MIT experience in linking his view of industrial enterprise and higher education—in other words, a “mens et manus” mindset.

“Education is one of the few things you can give away and, in giving, increase your own capacities“ he says. “During my time at the Institute, I saw how education was infused with the ethic of public service, and I applaud MIT for its continuing commitment to these ideals.”

In a roundabout way, Paul did end up in the family business. Although he did not join the family foundry, his own company, Caparo, primarily holds interests in the design, manufacture, marketing, and distribution of value-added steel and niche engineering products. “Because of my time at MIT, I decided to expand my Caparo companies into the United States,” he says, “and for more than 30 years, we have made significant investments across the country in our Bull Moose Tube and XL Trailers businesses.” Coincidentally, Bull Moose Tube is headquartered in St. Louis, Missouri, where the famous Gateway Arch, also designed by Kresge Auditorium architect Eero Saarinen, has overlooked the city since 1965.

His MIT experience also led Paul to create a scholarship fund in 1987 to support MIT students who are forging their own path at the Institute. He also gave a gift to create a student lounge at the MIT Sloan School of Management named for his late daughter, Ambika, who died of leukemia in 1968 at age four. Paul’s foundation is also named for Ambika and promotes the well-being of children and young people all over the world through education, culture, and health.

Kresge was not the campus landmark it has become when Paul was a student at MIT, but he and his family members have since attended multiple events within its walls. Paul believes that his time at MIT set the stage for his future success.

“Because of MIT, I am where I am,” he says. “It has given me a great lift. The confidence that students develop at MIT is invaluable to their pursuits to make a better world.”