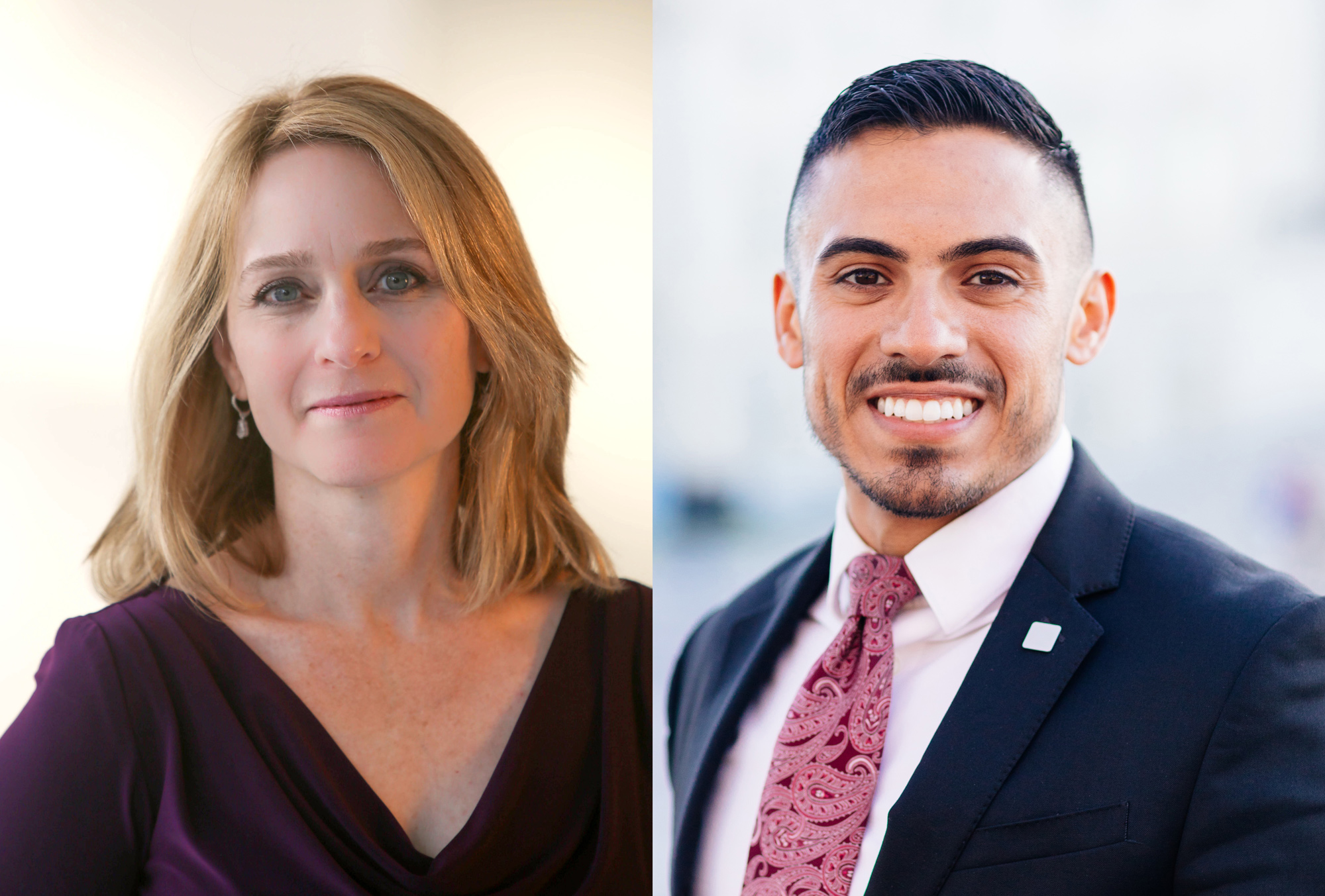 With an MIT degree in humanities and engineering fields, and a social science minor, Samuel Rodarte ’13 could have found a top job in almost any enterprise, from startup to multinational corporation. Instead, he chose to join generations of alumni who have put their MIT skills to work shaping public policy in Washington.

“Laws are written here. One little detail is changed, and millions of lives are transformed,” says Rodarte, a legislative aide to US Rep. Michael Capuano (D-Mass.).

The son of Mexican immigrants, Rodarte grew up in Brownsville, Texas, one of the nation’s most economically challenged cities. He recognizes that federal policies on immigration and financial aid helped him get where he is today—writing bills and advising the congressman on higher education, tax policy, immigration, and science.

“Even getting to MIT for me was an unbelievable occurrence,” he says. “It makes me extremely happy to do this job because it’s an opportunity to give back for everything this country has done for me.”

Rodarte credits MIT’s humanities, arts, and social sciences requirement for inspiring his work in policy. “I ended up taking a class called Making Public Policy with Professor Andrea Campbell, and that class just opened my eyes to a whole different world. It put what I was learning on the engineering side into perspective,” says Rodarte, who double-majored in aerospace engineering and Latin American/Latino studies, with a minor in political science. “After taking that class I caught the policy bug.”

Later, Rodarte participated in the MIT Washington Summer Internship Program, where he researched NASA’s Earth and planetary sciences space missions portfolio and learned about “the essential role scientists and engineers have in advising lawmakers.”

The DC internship program, led by Charles Stewart III, the Kenan Sahin Distinguished Professor of Political Science, encourages MIT students from all backgrounds to explore policy making at the national level through study and practical experience.

“Our students who go to Washington are really excited, and in many cases, they are transformed,” says Stewart. “The encounter between MIT undergraduates and policy makers also shows Washington what a great resource MIT undergraduates are, how articulate and perceptive they are, and what hard workers they are.”

Rodarte says, “I think if I hadn’t done that internship, I wouldn’t be in this position today. I feel now like I’ve come full circle—from being on campus learning how government works, to being able to work to bring effective federal policy to the District, Massachusetts, and the country.”

A history of influence and engagement

Rodarte is one of the latest in a long line of MIT influencers who have affected US policy in myriad ways. People from across the five MIT schools have been important in DC for more than a century—from Samuel W. Stratton, who developed the plan for the National Bureau of Standards in 1901 (and went on to direct it), to physicist Ernest Moniz, who has just concluded distinguished service as US secretary of energy for the Obama administration. Last month, President Trump announced his intent to nominate Goldman Sachs executive James Donovan SB ’89, SM ’89 as deputy secretary of the treasury.

Among these dedicated public servants has been a steady stream of alumni rigorously trained in the MIT School of Humanities, Arts, and Social Sciences (SHASS), in fields including economics, political science, languages, security studies, and international relations. Nobel Prize winner and Institute Professor Emeritus Robert Solow served on the staff of President Kennedy’s Council of Economic Advisors; George Shultz PhD ’49 was secretary of state under President Reagan; Larry Summers ’75 was secretary of the treasury under President Clinton; and Professor Esther Duflo PhD ’99 served on President Obama’s Global Development Council.

Other notable SHASS alumni who have served in the nation’s capital include:

The SHASS-based Security Studies group even runs a special endeavor—Seminar XXI—focused on providing current and future leaders of the US national security and foreign policy-making communities with the broad perspectives and analytical skills required to evaluate and formulate effective policies. Part of the Center for International Studies (CIS), and designed for high-ranking military officers, Seminar XXI boasts more than 2,000 graduates, many of whom work in Washington.

Political scientist Chappell Lawson, faculty co-director of IPL, says, “MIT engineers, scientists, and scholars produce a great deal of research that has direct implications for policy. We have found that many faculty members want to have an impact on policy but don’t feel familiar enough with how the process works to do so efficiently. The IPL’s work to connect the academic and policy communities is another way MIT is helping to make a better world.”

From his perspective on Capitol Hill, Rodarte adds, “MIT can play a critical role in guiding debate on issues because people—especially lawmakers—recognize the caliber of the research there.”

Staff and affiliates at the Abdul Latif Jameel Poverty Action Lab (J-PAL) travel frequently to DC to share evidence about successful poverty alleviation efforts; the MIT Election Data and Science Lab, led by Stewart, serves as a nonpartisan resource with the expertise necessary to improve US elections; and the MIT GOV/LAB, directed by political scientist Lily Tsai, focuses on innovation in citizen engagement and government responsiveness.

“Punching above our weight”

MIT alumni do well in Washington because the Institute’s course requirements ensure that graduates gain a firm grounding in history and an appreciation for theories about how societies understand and grapple with major issues.

“Those skills are foundational, yet many people in the security field don’t come with them. If you can bring that kind of background to bear, it elevates the conversation,” says Kathleen Hicks PhD ’10, former principal deputy under secretary for policy in the Department of Defense.

That’s why Hicks says she is always delighted to connect with fellow alumni of MIT’s acclaimed Security Studies Program. “The security studies community from MIT is an incredibly valuable network,” says Hicks, who is now the senior vice president, Henry A. Kissinger chair, and director of the International Security Program at the Center for Strategic and International Studies, a political think tank.

Noting that she connects with fellow alumni not only in Washington but all over the country, she says, “We’re punching above our weight. It’s a small cohort, but it’s very well-represented in people focused on security studies.”

Another hub of connection among MIT alumni in the nation’s capital is the very active MIT Club of Washington, DC. Established in 1899, the club serves a community of nearly 7,000 alumni, the third-largest concentration of MIT alumni in the world, and focuses on educational and charitable activities that help advance the Institute’s mission.

Alumni who make their careers in the DC political world are likely to feel at home with the city’s pace—at least if they are at all like Rodarte. “That MIT experience of drinking from the fire hose—it’s the exact same feeling on Capitol Hill,” he observes. “You have to think quickly, act on limited information, and always be on the move.”

And, Rodarte adds, the capital is simply an “amazing place” to live, especially for someone who loves politics. “DC is such an international epicenter, there is always something happening here—the next debate, the next big march, events with foreign dignitaries, you name it. What happens here changes the country.”

The many forms of MIT service in the nation’s capital will be in evidence on April 13, at an MIT Campaign for a Better World event at the Newseum in Washington. Part of an ongoing celebration of MIT’s global culture and the Institute’s mission to build a better world, the event will be an opportunity to hear from President L. Rafael Reif, who will describe his vision for MIT’s future, and from featured speakers, including political scientist Lily Tsai, engineer-physician Sangeeta Bhatia SM ’93, PhD ’97, mathematics PhD candidate and NFL offensive lineman John Urschel, neuroscientist Stephen Allsop PhD ’16, and former U.S. Chief Technology Officer Megan Smith ’86, SM ’88.

This article originally appeared on MIT News on April 12, 2017.