Record Number of Alumni Step Up to Make a Better World 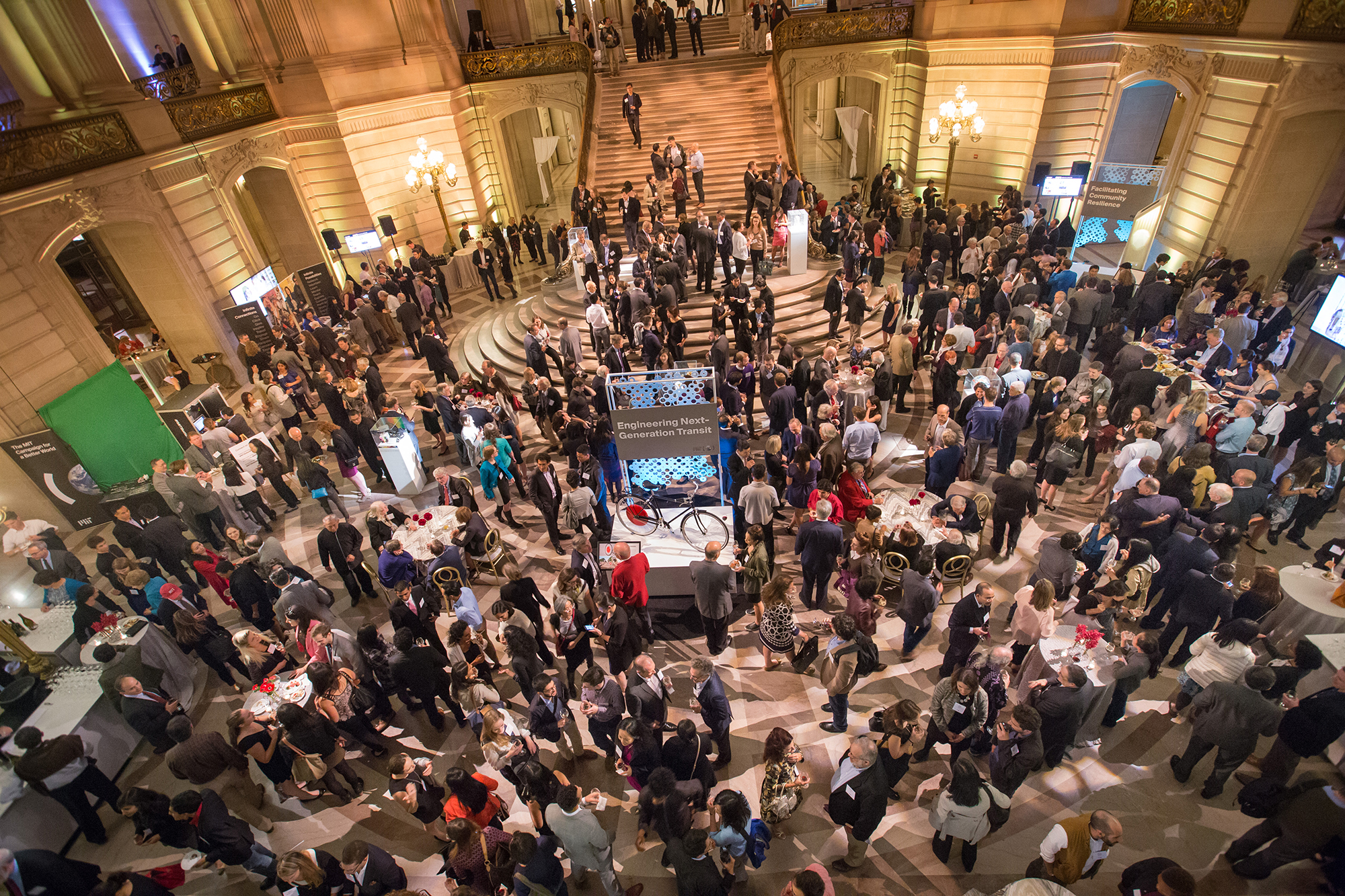 The MIT Campaign for a Better World global event series was a first for the Institute. Debuting in October 2016, the tour featured Institute leaders, faculty, and students visiting cities where a critical mass of alumni and supporters live and work, bringing the attendees into the story of what their MIT community is doing to make a better world.

The audience data tell the story of how the alumni community responded. At the series’ first New York City event, in 2016, regional attendance records were shattered, and the trend continued as MIT traveled to hubs like San Francisco, London, and Hong Kong. Even as the Institute pivoted to online events during the pandemic, alumni logged on in droves to learn from those creating solutions to problems relevant to three key Campaign priorities: discovery science, human health, and health of the planet. Altogether, more than 11,650 alumni and friends attended one or more of these Campaign events.

The success of the Better World tour also increased alumni engagement, building on the MIT Alumni Association’s (MITAA) consistent progress in keeping MIT’s alumni and friends connected with one another and the Institute.

“Seeing firsthand how the Campaign united our community—over and over, around the world—was electrifying, and the enthusiasm for our virtual, pandemic-era gatherings was equally impressive.”

“Our community has been devising clever ways to stay connected ever since the 1916 Telephone Banquet, in which MIT’s historic leap to Cambridge was commemorated by scores of alumni clubs using new-fangled telephones to dial into a special dinner at Symphony Hall. Then as now, though practical realities may present certain barriers, the impulse to come together always carries the day,” says MIT President L. Rafael Reif.

Measuring the connections of a community

The success is also quantifiable: During the life of the Campaign, 83% of all living alumni engaged in some capacity with MIT. Meaningful ways of participating included making annual gifts to the Institute; attending events produced by the MITAA or by its more than 200 regional alumni clubs, classes, and affinity groups; connecting through their departments, programs, and schools; logging onto the Infinite Connection, the online portal for alumni; and contributing their time in a variety of roles.

“In this Campaign, our alumni community gathered together around their innate, MIT-honed innovative and problem-solving nature.”

“Suddenly, their connection to MIT was given reinvigorated purpose: working together to make a better world,” says Alumni Association CEO Whitney T. Espich.

“To further the well-being of the Institute and its graduates”

In the more than 15 decades since the MITAA was founded, the Institute and the world have changed in dramatic ways. Yet the “mens et manus” ethos that ran through the first graduating Class of 1868 can be still found in today’s Class of ’21 graduates, with many alumni today now adding “heart” to their “mind and hand” approach to life.

As focused as the MIT alumni community is on solving problems, both big and small, out in the world, it enthusiastically retains its core traditions. For example, during the Campaign, the decades-long MIT Tech Reunions event continued to bring back more than 3,500 alumni and their families annually to celebrate their milestone years with moments of ceremonial pride, as when the 50th Reunion classmates don their cardinal red jackets for the first time to lead the graduating class onto Killian Court during Commencement. Meanwhile, more alumni found ways to connect digitally through the online alumni directory or by attending virtual forums featuring expert MIT faculty and all-star alumni.

During the last several years, as longstanding organizations like the Association of MIT Alumnae and the Black Alumni of MIT marked significant anniversaries, the MITAA officially recognized the formation of new groups like the First Generation Alumni of MIT and the Social Entrepreneurship Alumni Group.

On the giving front, those who had been loyally mailing in annual contributions for decades were joined by thousands of peers who participated in new online fundraising drives like the MIT 24-Hour Challenge, which launched in 2017, and the annual #GivingTuesday, all collectively contributing to the Institute’s mission-critical needs. From a macro perspective, of the total number of donors to the MIT Better World Campaign, 64% were alumni.

During the Campaign, nearly 27,000 alumni contributed their time and talents as MIT volunteers. These dedicated individuals held roles charged with keeping regional alumni community satellites connected to the MIT “mothership,” serving as professional mentors and advisors to current students and fellow alumni, participating on boards and committees stood up to support MIT priorities, recruiting and interviewing promising admissions candidates, and more.

“The mission of the MIT Alumni Association is ‘to further the well-being of the Institute and its graduates by increasing the interest of members in the school and in each other,’” says Annalisa Weigel ’94, ’95, SM ’00, PhD ’02, who is serving as the association’s 127th president for the 2021–2022 year.

“When you look at the sheer volume of engagement of living alumni during this transformative era, you see clearly that our community is catalyzed by a third, unwritten motivation: to further the well-being of the world itself.”

Campaign Impact Events
Give to MIT