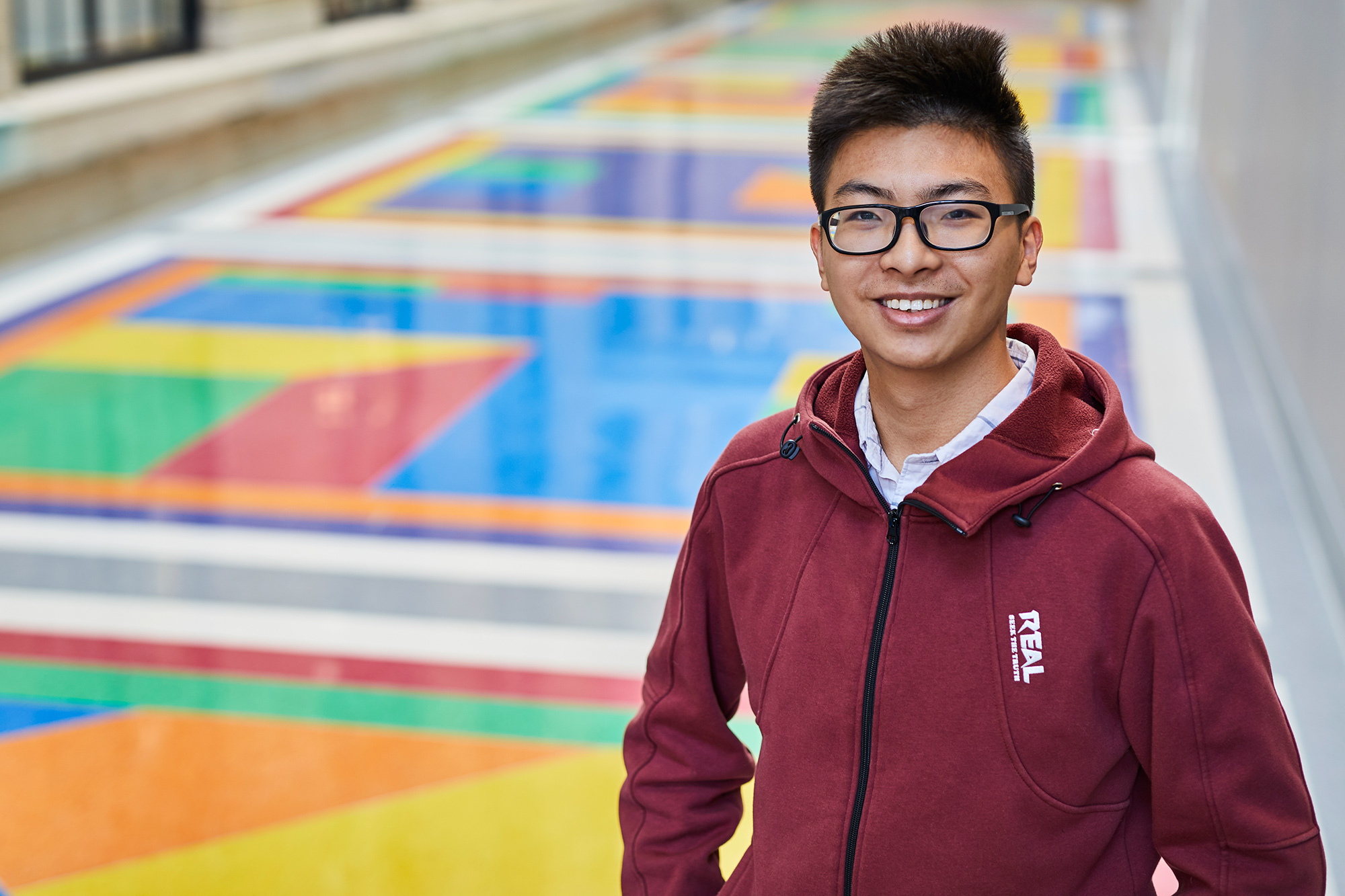 Haoyu Guo ’18 transferred to MIT after completing his freshman year at Peking University in hopes of gaining physics research experience. By the end of his junior year at MIT, Guo published as the lead author of a March 2017 paper in Proceedings of the National Academy of Sciences, and contributed to another paper published in August 2017 in Nature Physics—a rare level of achievement for an undergraduate.

The research for the PNAS paper—which predicted “superballistic” electron flows—developed from Guo’s participation in the Undergraduate Research Opportunities Program (UROP). Guo first approached professor of physics Leonid Levitov for a research topic. “We started with a problem that was one dimensional, and I solved the behavior for this 1-D case,” explains Guo. “Then we generalized for the two-dimensional case that we were really interested in. We came up with tricks to reduce it to something that can be tackled numerically by a computer. There were some things we expected, and also some surprises”—including findings that contradicted conventional theory regarding the way electrons flow through a slit (i.e., a narrow constriction in a material such as graphene).

That first paper predicted that interactions among electrons make them move in a neatly coordinated manner, allowing them to pass through a slit together more easily than they would do individually. The second paper—published just six months later by Levitov’s group and collaborators at the University of Manchester—reported on an experiment that employed devices built from an atomically thin layer of graphene and confirmed the theory.

According to Levitov, the work could have promising implications for the design of low-power electronics, and it advances scientific understanding of transport phenomena. That’s a heady accomplishment for an undergraduate to share in. But Guo—who has known from a young age that he wanted to be some kind of scientist—is not resting there. “I’m also trying to explore other directions in physics,” he says.