Teaching What He Knows: MIT Entrepreneurship 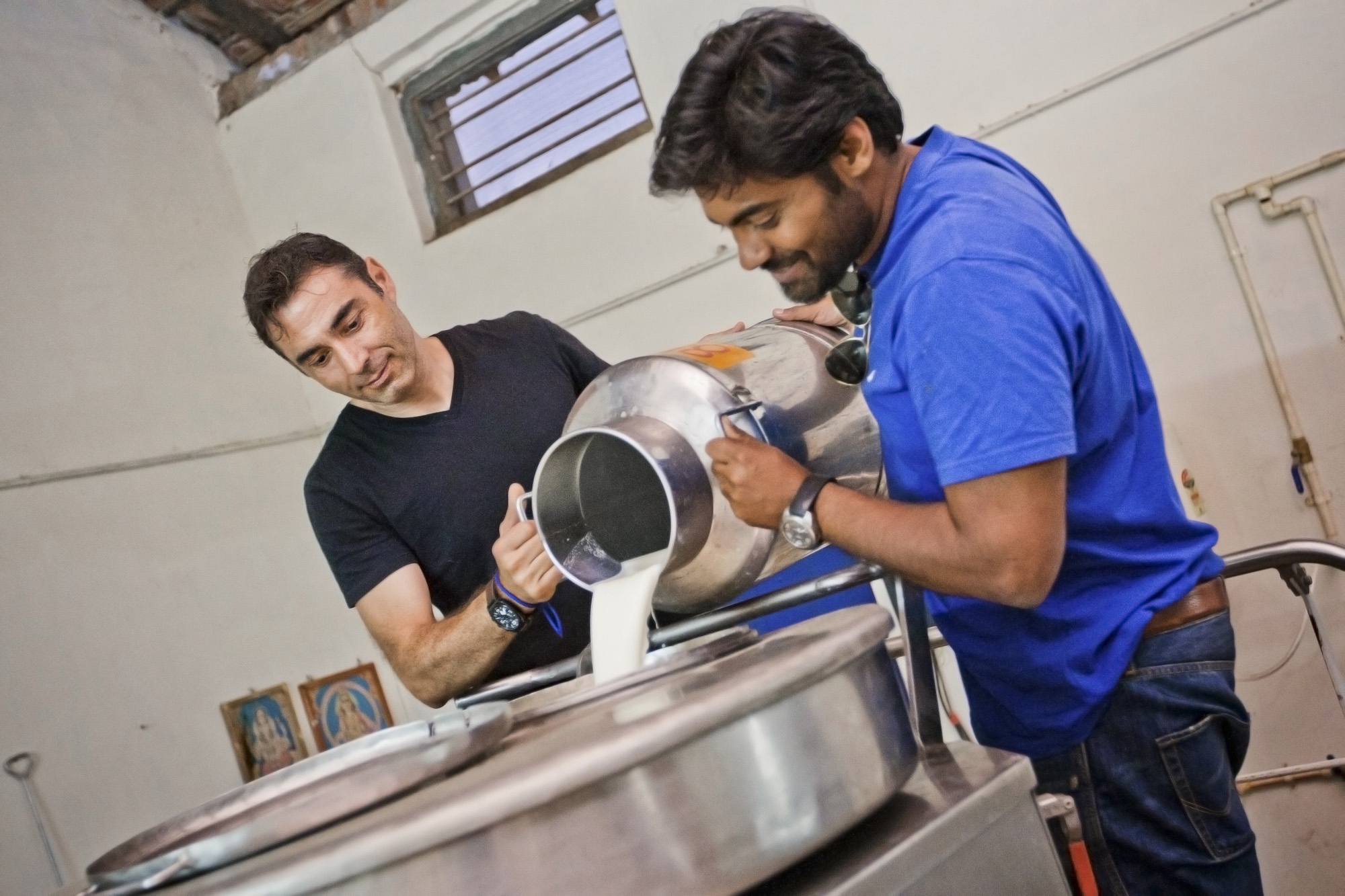 In just a decade, the work of Sorin Grama SM ’07 has brought him full circle—from Massachusetts, to rural India, and now back again. In 2007, with MIT’s resources for student entrepreneurs at his fingertips, Grama cofounded Promethean Power Systems. Now he’s been hired as an entrepreneur-in-residence at the Martin Trust Center for MIT Entrepreneurship and the Legatum Center for Development & Entrepreneurship, bringing his experience in the developing world back to Cambridge.

Grama’s startup manufactures thermal energy storage systems, of particular use to dairy farmers and processors in rural India, where an unpredictable power grid often prevents the safe chilling of milk. (Trained as an electrical engineer, he is the principal inventor of the thermal battery integral to the system.) Having set up a team in India, the company is now making inroads in Sri Lanka and Bangladesh.

Back at MIT, Grama is the first entrepreneur-in-residence to work within both the Trust Center (founded in 1990 by Professor Edward Roberts) and the Legatum Center (created in 2007 to accelerate entrepreneurship as it relates to social and economic progress in the developing world). Grama’s real-world experience is an asset to current students—and so is his deep understanding of what MIT has to offer.

“I already know how the system works because I’ve used it. I’m in the same place, but at that same time a much different place,” Grama says. “I did the MIT $100K Entrepreneurship Competition, I used Venture Mentoring Services, I used all the entrepreneurial teachings. And I’m now part of this ecosystem and giving back to it.”