The Art of Understanding 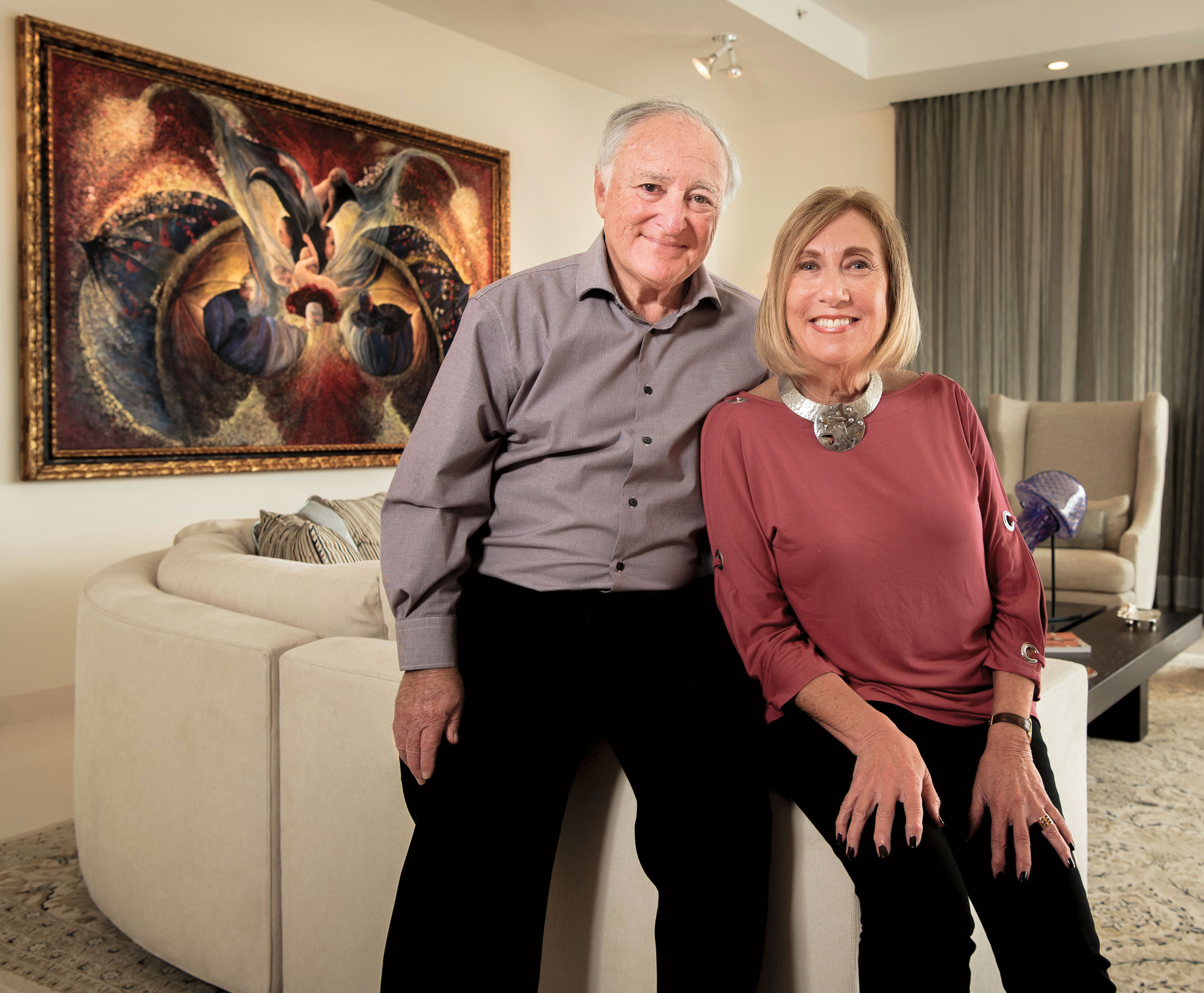 While a student at MIT, Ronald H. Cordover SB ’64, SM ’65, PhD ’67, an electrical engineer by degree and a lover of science and technology by nature, came to understand the power of art to communicate big ideas to the world.

Ron—who with his wife, Barbara, has given generously to the Institute, including important support for the MIT Museum—shares two relevant anecdotes from his student days. In one, he was a freshman thrilled by the work of M.C. Escher during the artist’s 1960 visit to MIT. As Ron recalls, Escher’s intricate, mathematically inspired designs generated “an amazingly sympathetic appreciation for graphic art, and the way in which it could help present scientific thought.” The Dutch artist would go on to be a meaningful presence in the Cordovers’ life. After acquiring a number of Escher’s pieces, the couple built a wide-ranging art collection from which they regularly lend works to exhibitions around the world.

In the other reminiscence, Ron describes an educational “aha” moment from his time as a PhD candidate researching atomic spectra under the late visionary physicist Charles H. Townes. Addressing a particularly complex concept, Townes sketched a “beautiful” drawing of the atomic phenomena rather than using words or formulas. This reinforced for Ron the notion “that artistic visualization can be a critically useful element for processing information.”

These examples are just two of many, Ron notes, that illustrate how championing the integration of science and art came to be “a kind of purpose” for him and Barbara. Ron is also an overseer at the Museum of Fine Arts, Boston, where he and Barbara sponsored an exhibition of a unique 17th-century Flemish cabinet painting that celebrates the moment when science began to replace ancient dogma as the methodology to understand our universe. Additionally, they have provided important support for Science Gallery International, a worldwide network of university-based exhibition centers that aims to excite young people about the intersection of science and art.

Ron and Barbara believe strongly in art as a vehicle for broadening the experiences of students and happily acknowledge that, more than ever, creative activity is flourishing at MIT. To help encourage this development, they established an arts-focused MIT scholarship fund in the 1990s, and are longtime supporters of both the MIT Council for the Arts and the MIT Museum. The latter, Barbara remarks, has continued to perfect its mission, and is a “very special place.”

As the museum prepares to move from its current location to a custom-built space in the heart of Kendall Square, part of MIT’s expansion and reimagining of the neighborhood, the Cordovers have given a significant gift to contribute to the facility’s next chapter. Excited that the museum is poised to become a major presence in the new gateway to MIT’s campus, the couple hope that their gift will enhance what they view as the museum’s principal purpose—“to present complex and critically important research in a way that is inspirational for the students and faculty doing the work, and to make it accessible to the public at large.”

Barbara, who has a background in fine art and education, notes that in directing their support, she and Ron considered a number of worthy people and projects at MIT but decided that the museum could best realize the spirit of their gift. Ron offers that “if the MIT Museum, in its presence in Kendall Square, can be a beacon to communicate the aesthetic beauty and the inherent relevance of science, it would make us very happy for all who would benefit.”