The Changing World of Work 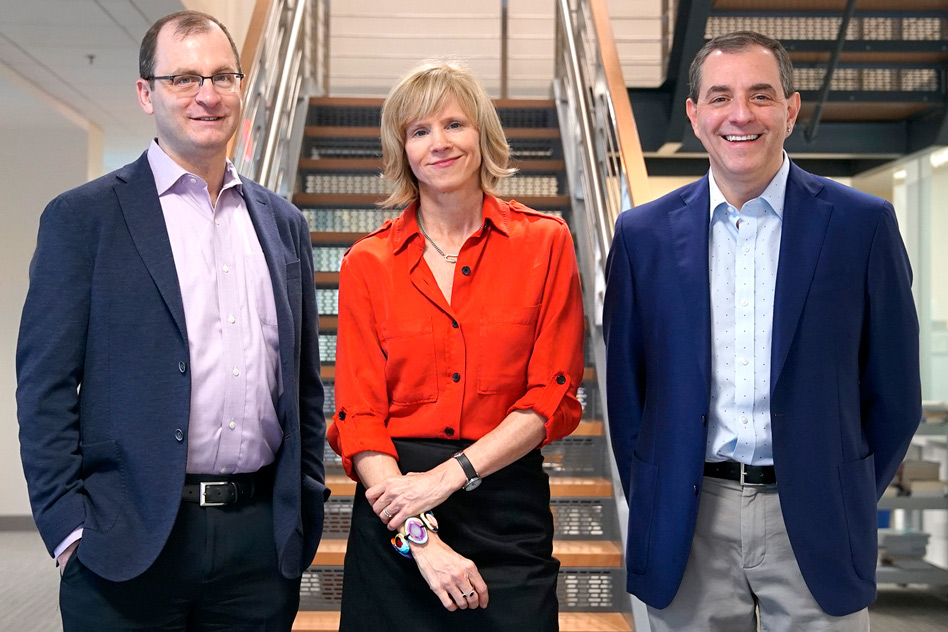 This article was originally published on MIT News on May 18, 2020.

With 20.5 million jobs slashed from United States payrolls in April and a 14.7 percent unemployment rate, the Covid-19 pandemic has created workforce problems unseen since the Great Depression. These dynamics are being closely observed by MIT’s Task Force on the Work of the Future, which released a high-profile interim report last September, with a nuanced set of findings: Automation is unlikely to eliminate millions of US jobs soon, but improved policies are needed to support many workers, who have been suffering from a lack of quality jobs and viable careers. The task force will issue its final report this fall.

To look at the current crisis, MIT News recently had a conversation with the three task force leaders: executive director Elisabeth B. Reynolds, who is also executive director of the MIT Industrial Performance Center; co-chair David Autor, the Ford Professor of Economics at MIT and associate head of MIT’s Department of Economics; and co-chair David A. Mindell, professor of aeronautics and astronautics, the Dibner Professor of the History of Engineering and Manufacturing at MIT, and founder and CEO of the Humatics Corporation.

Q: How is the MIT task force reacting to the rapid workplace changes of the last two months?

Reynolds: The issues the task force has been taking on are more important, not less important, in this crisis. A lot of trends may be accelerated, and a lot of weaknesses in institutions have been exposed. We’re going to be in a place of rebuilding and recovery for several years to come. That’s going to involve investments in both institutions and technology. Now is the time for us to be weighing in on that.

Q: The task force interim report emphasized that institutions and policy choices matter greatly for workers. What is your view of the government’s response in the US? How does it compare to the interventions in other countries?

Autor: What Congress did to allocate 10 percent of U.S. GDP in one bill, the CARES act, was significant—there’s no private corporation or philanthropic organization that could allocate those kinds of resources and change laws bringing people into the the unemployment system. On the one hand, we see the incredible power and relevance of our systems of governance at a time of crisis.

[However], the US institutional capacity for dealing with such things has really atrophied. Other countries have been able to quickly dispense resources to employers to maintain employment, through short-time work arrangements. The US doesn’t have the governance or the technological infrastructure to do that well. To the extent we wanted to pay employers to keep workers on the books, we had to basically set up an ad-hoc system of forgivable loans. And the US institutional response has maximized unemployment to a much larger extent than any other country, because we’ve made unemployment more attractive than work. But I don’t think any country has spent more as a percentage of GDP than the US It doesn’t mean there isn’t more that can be done. But the US has not been timid.

The meta-lessons are: One, institutions are pivotal in a situation like this. Two, they can respond very quickly. Three, there’s a difference between intention and capacity, and the US, through decades of starve-the-beast governance, weakened its capacity to act in a coordinated, large-scale fashion.

Reynolds: A fourth would be: The crisis has exposed the shadow labor market that exists in this country. The independent contractor has no access to benefits, the gig worker has no access to benefits. The response has extended for the first time these benefits, but it raises important questions: Going forward, can we create a social insurance system in which these workers are supported?

Q: How might the pandemic change trends in automation and robotics? The interim report noted that the “low-hanging fruit” in robotics has already been discovered. What forms might technological innovation take now?

Mindell: The question is: Is this event an automation-forcing event? The jury is very much still out on that. On the one hand, it may be appealing to imagine a worker-free system where things can still get delivered without humans. On the other hand, that’s going to take some time. As we understand better how supply chains have adapted in the last month or so, it’s in no small part because there were a lot of people in those supply chains who could change the way they work very quickly.

Everything we [the MIT task force] looked at last year was under a labor market that was basically at full employment. And even under those conditions [where wages rise], robots have a tough time competing with a $20-to-$30-an hour forklift operator. Now you are trying to make a supply chain that’s resilient to Covid-19, but you have 20 million people unemployed and a very different labor market for robots and automation to compete with. Whether this is an automation-forcing event or not, or to what degree, depends on the policies we adopt and the technologies we create.

Reynolds: There will be significant opportunities to shape technological trajectories in a number of fields. For example, we imagine we’re going to see changes around online education, with opportunities there for innovation and expanding access; likewise, digital manufacturing may be more of a priority, to improve flexibility and responsiveness. Every hospital should potentially have its own 3-D printing capability for PPE. In some areas it will be more challenging. For example, in meat packing, where there have been such terrible risks for workers, the reality is that robotics aren’t advanced enough right now to replace many of the tasks workers are doing in a meat-packing plant.

Autor: If we had been forced 20 years ago to ditch our offices and shelter in place, much of the work of business, government, and education would have come to a screeching halt. I have to believe we’re going to come away from this thinking there are more things we can do through digital infrastructure than we had recognized.

Mindell: The world is changing, and there are always opportunities for people who see the ways the world is changing. There are hospital-disinfecting robots out there, there are all kinds of new medical technologies, and of course what’s going to happen in the life sciences and biotech sectors. I think the public health field is about to get high-tech. The biggest changes are often the smart applications of relatively ordinary technologies, as much as the dazzlingly new.

Q: Are these economic changes going to favor big firms?

Autor: Unfortunately, yes. I think it’s going to cause a reallocation of the share of economic activity from small and midsize firms to large firms, and that will have an immediate consequence for the labor share of national income, because those firms are much more capital-intensive. [They have more equipment creating greater productivity.] There’s reason to think big firms are in much better shape to survive this—they have access to capital markets, they have deep pockets. It’s going to lead to us to more of an economic monoculture, where a larger and larger number of things are done by a smaller and smaller number of firms. And I’m not enthusiastic about that.

Mindell: Some startups are going to go under, purely based on where they were in their lifecycle as of March 14. Some may get acquired into larger firms. Something like 13 percent of startups have more than three months of runway in the bank. That said, the labor market for startups has changed, and what it’s going to look like six months from now if some growth starts to happen is going to be very interesting. People are being forced to experiment and work in different ways. We’re just at the beginning of that. That question is nothing short of: How do we learn to live in this new world?

Q: What else should we consider about work right now?

Mindell: Now essential work is suddenly more visible to the broader public. That’s a good thing. And we’re also acutely aware we’ve been living in a system that makes that essential work invisible, and treats the people who do that essential work as disposable. Hopefully we are moving toward a world where those who are essential are treated as if they’re essential. And we recognize the resilience of the economy depends on them. We’ve seen how dangerous it is to pretend otherwise.

Reynolds: One of the big themes in our interim report was about improving job quality, and these are many of those same workers, whether it’s janitorial, retail, health care, food services. How do we improve their wages, their protection, how do we extend benefits? Those are, it seems to me, front and center questions.