The Factory of the Future, Batteries Not Included 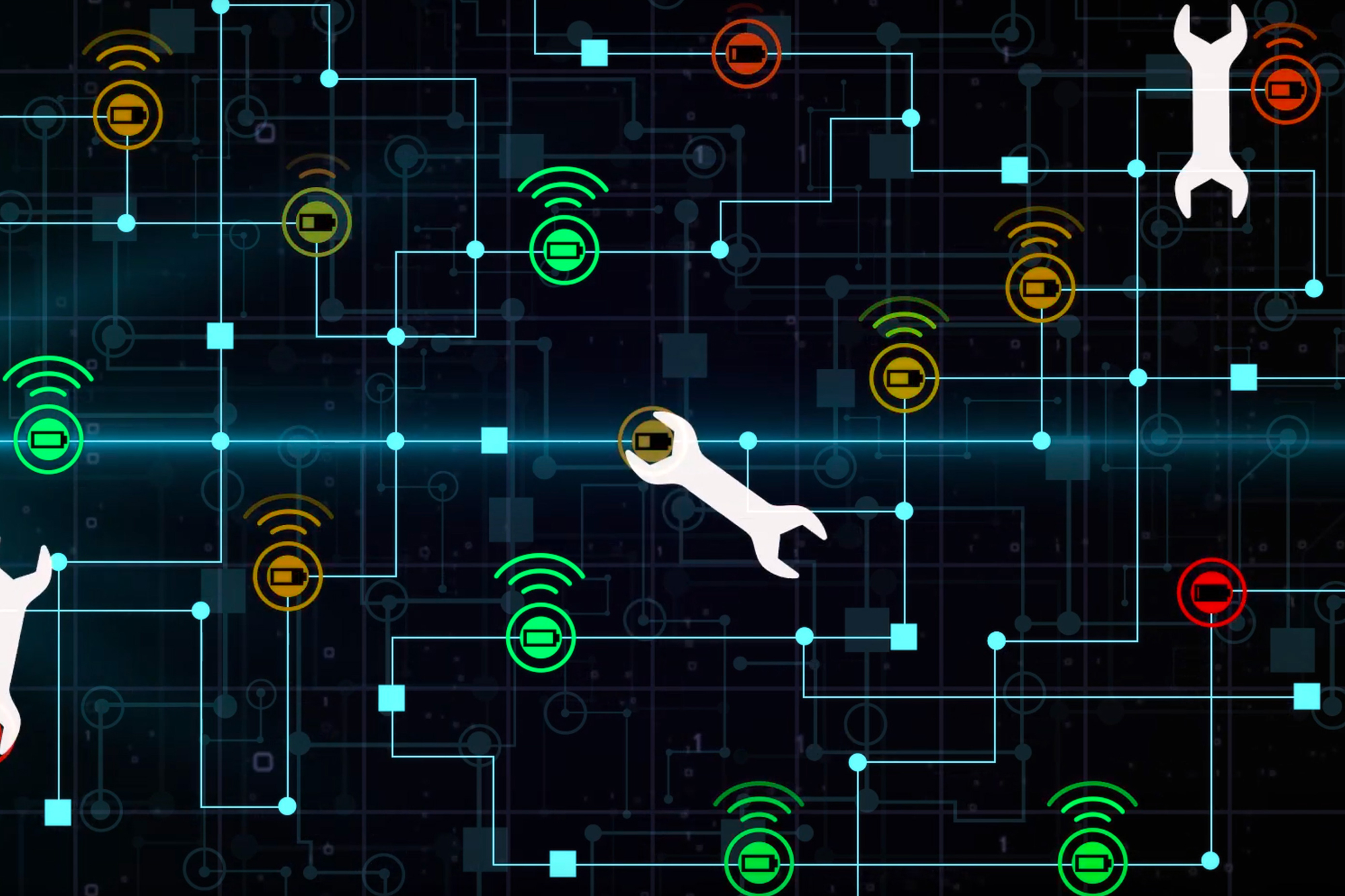 This article originally appeared on MIT News on August 20, 2020.

Many analysts have predicted an explosion in the number of industrial “internet of things” (IoT) devices that will come online over the next decade. Sensors play a big role in those forecasts.

Unfortunately, sensors come with their own drawbacks, many of which are due to the limited energy supply and finite lifetime of their batteries.

Now the startup Everactive has developed industrial sensors that run around the clock, require minimal maintenance, and can last over 20 years. The company created the sensors not by redesigning its batteries, but by eliminating them altogether.

The key is Everactive’s ultra-low-power integrated circuits, which harvest energy from sources like indoor light and vibrations to generate data. The sensors continuously send that data to Everactive’s cloud-based dashboard, which gives users real time insights, analysis, and alerts to help them leverage the full power of industrial IoT devices.

“It’s all enabled by the ultra-low-power chips that support continuous monitoring,” says Everactive co-chief technology officer David Wentzloff SM ’02, PhD ’07. “Because our source of power is unlimited, we’re not making tradeoffs like keeping radios off or doing something else [limiting] to save battery life.”

Everactive builds finished products on top of its chips that customers can quickly deploy in large numbers. Its first product monitors steam traps, which release condensate out of steam systems. Such systems are used in a variety of industries, and Everactive’s customers include companies in sectors like oil and gas, paper, and food production. Everactive has also developed a sensor to monitor rotating machinery, like motors and pumps, that runs on the second generation of its battery-free chips.

By avoiding the costs and restrictions associated with other sensors, the company believes it’s well-positioned to play a role in the IoT-powered transition to the factory of the future.

“This is technology that’s totally maintenance free, with no batteries, powered by harvested energy, and always connected to the cloud. There’s so many things you can do with that, it’s hard to wrap your head around,” Wentzloff says.

Wentzloff and his Everactive cofounder and co-CTO Benton Calhoun SM ’02, PhD ’06 have been working on low-power circuit design for more than a decade, beginning with their time at MIT. They both did their PhD work in the lab of Anantha Chandrakasan, who is currently the Vannevar Bush Professor of Electrical Engineering and Computer Science and the dean of MIT’s School of Engineering. Calhoun’s research focused on low-power digital circuits and memory while Wentzloff’s focused on low-power radios.

After earning their PhDs, both men became assistant professors at the schools they attended as undergraduates—Wentzloff at the University of Michigan and Calhoun at the University of Virginia—where they still teach today. Even after settling in different parts of the country, they continued collaborating, applying for joint grants and building circuit-based systems that combined their areas of research.

The collaboration was not an isolated incident: The founders have maintained relationships with many of their contacts from MIT.

“To this day I stay in touch with my colleagues and professors,” Wentzloff says. “It’s a great group to be associated with, especially when you talk about the integrated circuit space. It’s a great community, and I really value and appreciate that experience and those connections that have come out of it. That’s far and away the longest impression MIT has left on my career, those people I continue to stay in touch with. We’re all helping each other out.”

Wentzloff and Calhoun’s academic labs eventually created a battery-free physiological monitor that could track a user’s movement, temperature, heart rate, and other signals and send that data to a phone, all while running on energy harvested from body heat.

“That’s when we decided we should look at commercializing this technology,” Wentzloff says.

In 2014, they partnered with semiconductor industry veteran Brendan Richardson to launch the company, originally called PsiKick.

In the beginning, when Wentzloff describes the company as “three guys and a dog in a garage,” the founders sought to reimagine circuit designs that included features of full computing systems like sensor interfaces, processing power, memory, and radio signals. They also needed to incorporate energy harvesting mechanisms and power management capabilities.

“We wiped the slate clean and had a fresh start,” Wentzloff recalls.

The founders initially attempted to sell their chips to companies to build solutions on top of, but they quickly realized the industry wasn’t familiar enough with battery-free chips.

“There’s an education level to it, because there’s a generation of engineers used to thinking of systems design with battery-operated chips,” Wentzloff says.

The learning curve led the founders to start building their own solutions for customers. Today Everactive offers its sensors as part of a wider service that incorporates wireless networks and data analytics.

The company’s sensors can be powered by small vibrations, lights inside a factory as dim as 100 lux, and heat differentials below 10 degrees Fahrenheit. The devices can sense temperature, acceleration, vibration, pressure, and more.

The company says its sensors cost significantly less to operate than traditional sensors and avoid the maintenance headache that comes with deploying thousands of battery-powered devices.

For instance, Everactive considered the cost of deploying 10,000 traditional sensors. Assuming a three-year battery life, the customer would need to replace an average of 3,333 batteries each year, which comes out to more than nine a day.

The next technological revolution

By saving on maintenance and replacement costs, Everactive customers are able to deploy more sensors. That, combined with the near-continuous operation of those sensors, brings a new level of visibility to operations.

“[Removing restrictions on sensor installations] starts to give you a sixth sense, if you will, about how your overall operations are running,” Calhoun says. “That’s exciting. Customers would like to wave a magic wand and know exactly what’s going on wherever they’re interested. The ability to deploy tens of thousands of sensors gets you close to that magic wand.”

With thousands of Everactive’s steam trap sensors already deployed, Wentzloff believes its sensors for motors and other rotating machinery will make an even bigger impact on the IoT market.

Beyond Everactive’s second generation of products, the founders say their sensors are a few years away from being translucent, flexible, and the size of a postage stamp. At that point customers will simply need to stick the sensors onto machines to start generating data. Such ease of installation and use would have implications far beyond the factory floor.

“You hear about smart transportation, smart agriculture, etc.,” Calhoun says. “IoT has this promise to make all of our environments smart, meaning there’s an awareness of what’s going on and use of that information to have these environments behave in ways that anticipate our needs and are as efficient as possible. We believe battery-less sensing is required and inevitable to bring about that vision, and we’re excited to be a part of that next computing revolution.”

Innovation and Entrepreneurship School of Engineering Teaching Learning and Living