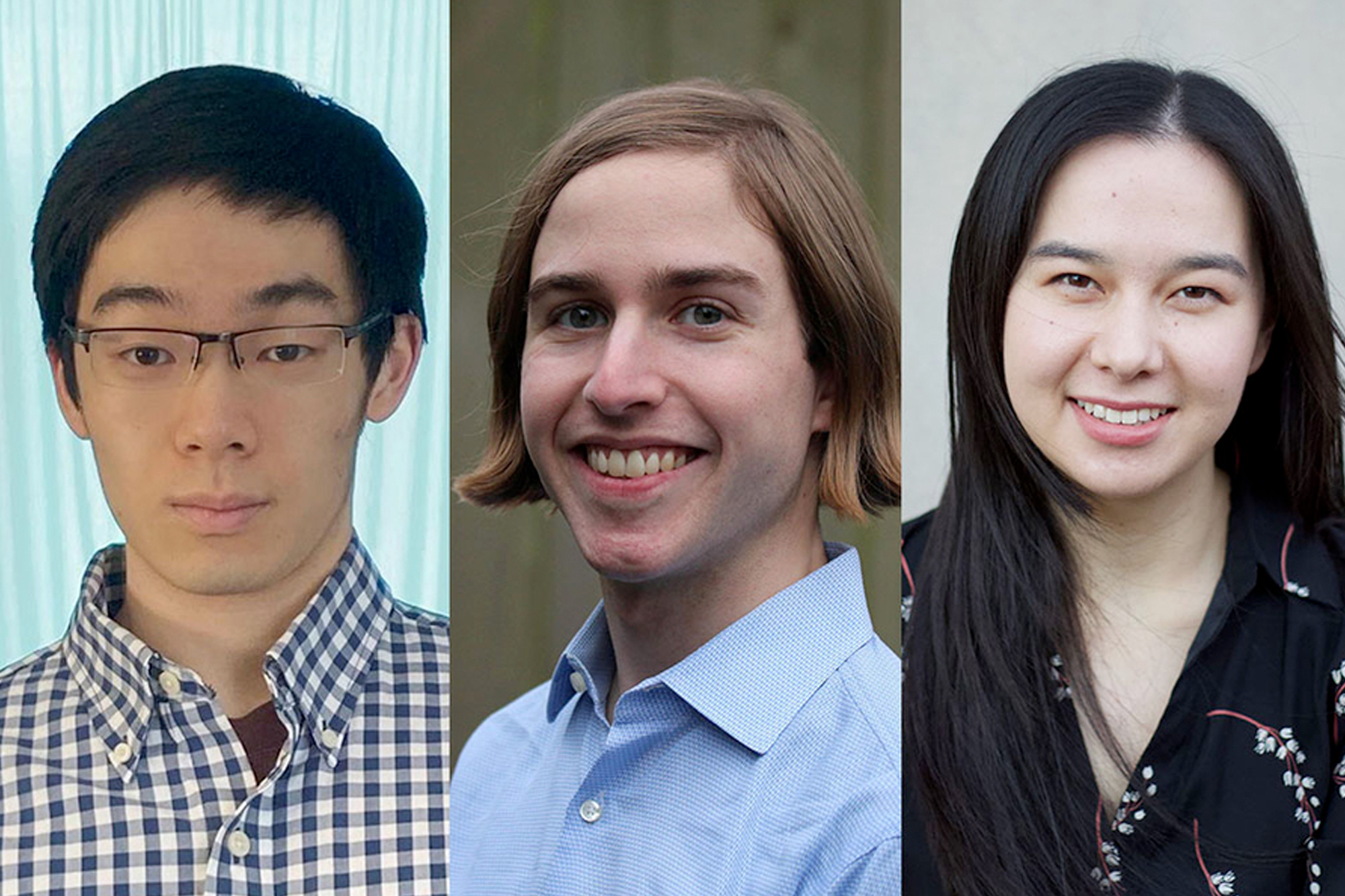 The foundation awarded 12 fellowships in all, chosen from a pool of over 900 applicants from around the country.

“The 2021 Hertz fellows embody the kind of transformative scientific talent our nation and world need now,” says Robbee Baker Kosak, president of the Fannie and John Hertz Foundation. “The fellows we’ve selected demonstrate an unusual capacity for creative exploration and problem-solving. We’re pleased to support their research and look forward to the impact these fellows will have on our future.”

Hertz Foundation Fellowships are unusual in that they provide recipients with five years of doctoral-level research funding (up to $250,000) and free rein to pursue their research interests, wherever they may lead. Since the awards were established in 1963, the Hertz Foundation has funded more than 1,200 researchers. Recipients receive lifelong mentoring and professional support and join a network of highly accomplished alumni. To date, Hertz Fellows have founded over 200 companies, hold more than 3,000 patents, and have received more than 200 prestigious awards, including Nobel Prizes and MacArthur Fellowships.

To date, there are 423 MIT awardees; of those, 126 were undergraduates at the Institute and 275 graduated with a PhD from MIT. Several notable faculty have received Hertz fellowships, including Edward Boyden, professor of brain and cognitive sciences, and Kevin Esvelt, assistant professor in media arts and sciences.

This year’s MIT recipients plan to pursue various research interests in the fields of computer science and physics.

Allen Liu ’20 majored in mathematics and has remained at MIT for his doctorate in computer science, focusing on developing algorithms with provable guarantees for a variety of fundamental learning problems in preference learning, robust statistics, and other areas. Working with professor of mathematics Ankur Moitra, Liu developed an efficient algorithm that provably learns the parameters of a mixture of Gaussians from samples, even amid adversarial noise.

Alex Miller ’21 graduated from the Institute with a bachelor’s in electrical engineering and computer science and physics. As an undergraduate, Miller researched deployable lunar tower infrastructure and signal processing for physical oceanography. Miller also completed several internships, developing technical skills in areas such as controls, digital electronics design, and space systems engineering. Miller plans to continue studies in electrical engineering and computer science at MIT and is particularly interested in using multidisciplinary engineering and science skills to advance exploration of harsh environments on Earth and in space, and in searching for ways to increase human sustainability.

Isabelle Yan Phinney ’20 is currently a PhD student in chemical physics at Harvard University, where she researches condensed-matter physics in the two-dimensional limit. As an undergraduate at MIT, she conducted research on an in-vacuum optical parametric oscillator for the Laser Interferometer Gravitational-Wave Observatory. For two years she worked in the lab of professor of physics Pablo Jarillo-Herrero on twisted bilayer graphene (TBG), exploring TBG as a platform for hydrodynamic behavior, and studied electron-electron and electron-phonon interactions at small twist angles.

This article was written by Elizabeth Durant and originally appeared on MIT News on June 30, 2021. Image is courtesy of the Hertz Foundation.