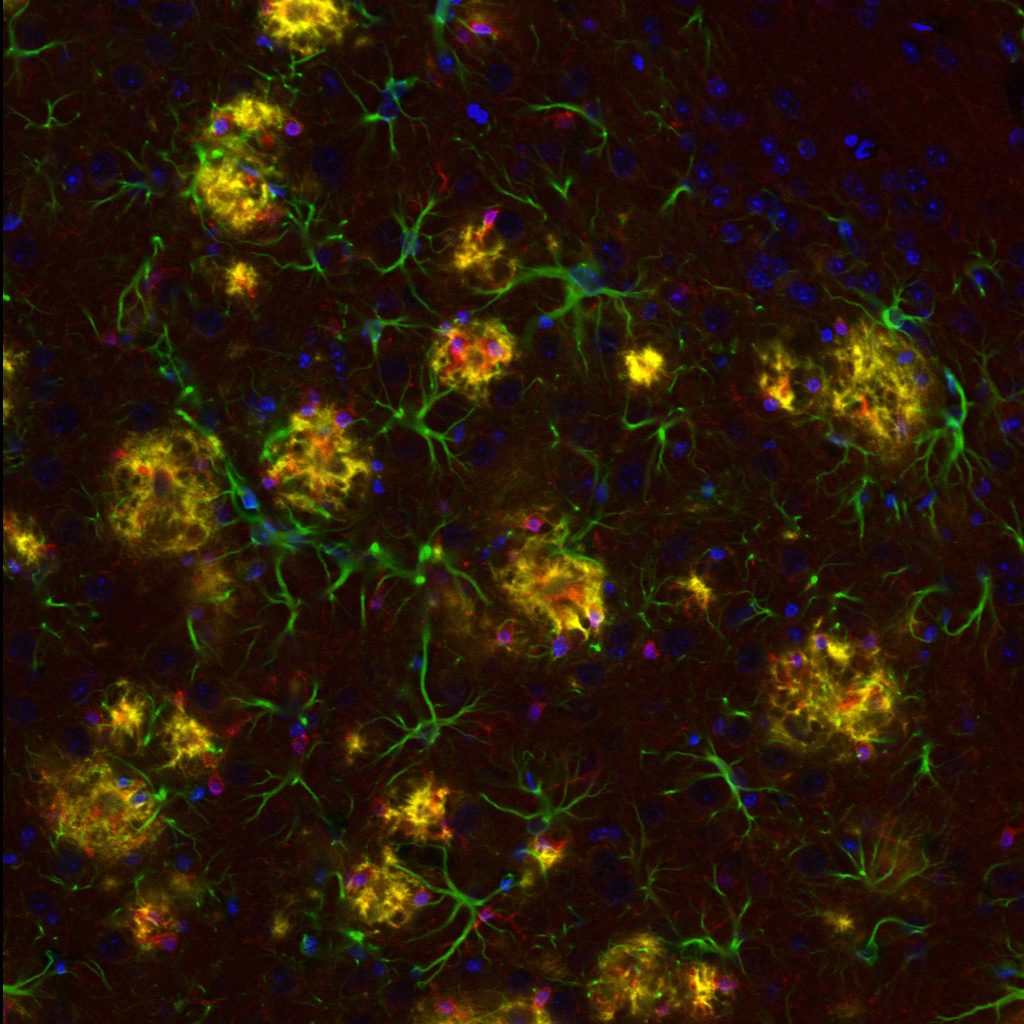 An extended version of this article was published on MIT News on December 7, 2016.

Using LED lights flickering at a specific frequency, MIT researchers have shown that they can substantially reduce the beta amyloid plaques seen in Alzheimer’s disease, in the visual cortex of mice.

This treatment appears to work by inducing brain waves known as gamma oscillations, which the researchers discovered help the brain suppress beta amyloid production and invigorate cells responsible for destroying the plaques.

Further research will be needed to determine if a similar approach could help Alzheimer’s patients, says Li-Huei Tsai, the Picower Professor of Neuroscience, director of MIT’s Picower Institute for Learning and Memory, and senior author of the study, which appeared in the December 7, 2016, online edition of Nature.

“It’s a big ‘if,’ because so many things have been shown to work in mice, only to fail in humans,” Tsai says. “But if humans behave similarly to mice in response to this treatment, I would say the potential is just enormous, because it’s so noninvasive, and it’s so accessible.”

Tsai and Ed Boyden, an associate professor of biological engineering and brain and cognitive sciences at the MIT Media Lab and the McGovern Institute for Brain Research, who is also an author of the Nature paper, have started a company called Cognito Therapeutics to pursue tests in humans. Emery Brown, the Edward Hood Taplin Professor of Medical Engineering and Computational Neuroscience and a member of the Picower Institute, is also an author of the paper. Its lead authors are graduate student Hannah Iaccarino and Media Lab research affiliate Annabelle Singer.

“This important announcement may herald a breakthrough in the understanding and treatment of Alzheimer’s disease, a terrible affliction affecting millions of people and their families around the world,” says Michael Sipser, dean of MIT’s School of Science. “Our MIT scientists have opened the door to an entirely new direction of research on this brain disorder and the mechanisms that may cause or prevent it. I find it extremely exciting.”

Picower Institute for Learning and Memory