Unlocking the Secrets of a Plastic-Eater

It was during a cruise in Alaska that Linda Zhong realized that the world didn’t have to be full of plastic. “I grew up in cities, so you’re very used to seeing all kinds of trash everywhere,” says the graduate student in microbiology. Zhong, who is Canadian and lived in Ottawa growing up and in Toronto during college, routinely saw trash in the waters of the Ottawa River and on the beaches around Lake Ontario. “You never see it as anything other than normal.”

Alaska changed that. Seeing the pristine, plastic-free landscape, Zhong decided to find a way to get rid of plastic waste. “I’m a biologist, so I approached it from a biological standpoint,” she says.

Plastic pollution is a global problem. According to the United Nations Environment Program, an estimated 8.3 billion tons of plastic have been produced since the 1950s. More than 60 percent of that has ended up in landfills and the environment. A major type of plastic is polyethylene terephthalate, or PET, which most water bottles are made of. Even though PET is easy to recycle compared to other types of plastic, in reality, it isn’t.

“There are two ways to recycle PET: one is mechanical, and the other’s chemical,” says Zhong. Chemical recycling, which converts PET back to its original raw materials, is theoretically a closed loop in terms of material flow, but not so in practice. “For the most part, no one uses it right now because it’s so costly,” explains Zhong.

Mechanical recycling involves melting PET into small pellets that can be used to make new products. It’s a much cheaper process but, as Zhong says, it can’t be done infinitely. “Companies can recycle a bottle into another a handful of times before the material is too degraded to make bottles,” she says. When this happens, the degraded material is thrown out, ending up in landfills or in the ocean. Zhong’s ultimate goal is to reduce that massive material loss.

Before arriving at MIT, Zhong began looking for organisms that could degrade plastic and learned that a group in Japan had published a paper on Ideonella sakaiensis. “It’s this weird environmental microbe that really likes digesting weird compounds,” says Zhong. One of those weird compounds is PET.

With the organism found, Zhong set her sights on the enzyme produced by Ideonella sakaiensis that digests plastic: PETase. When Zhong got into MIT, she brought the project with her and proposed it to her advisor, professor of biology Anthony Sinskey.

As Zhong delved into the project, her aims changed. “At the beginning, I really wanted to do a screen and rapidly evolve this enzyme to make it better,” she says. That is still ongoing, but as Zhong learned more about PETase, she realized that there was a huge gap in the field’s understanding of how it works. “I keep finding myself stumbling over what the literature says and what my results show,” says Zhong.

This led Zhong to shift her experiments to more fundamental questions. “I started developing methods to study this enzyme in more detail,” says Zhong. Previous assays that looked at PETase would measure the breakdown of plastic 24 hours after the enzyme was added. “My method allows me to start taking measurements within 30 minutes, and it shows me a lot more about what the enzyme does over time.” Zhong explains that understanding how PETase truly works is essential before engineering it to digest plastic more efficiently. “So, getting that fundamental picture of the enzyme and establishing good methods to study it are what I’m focusing on.” 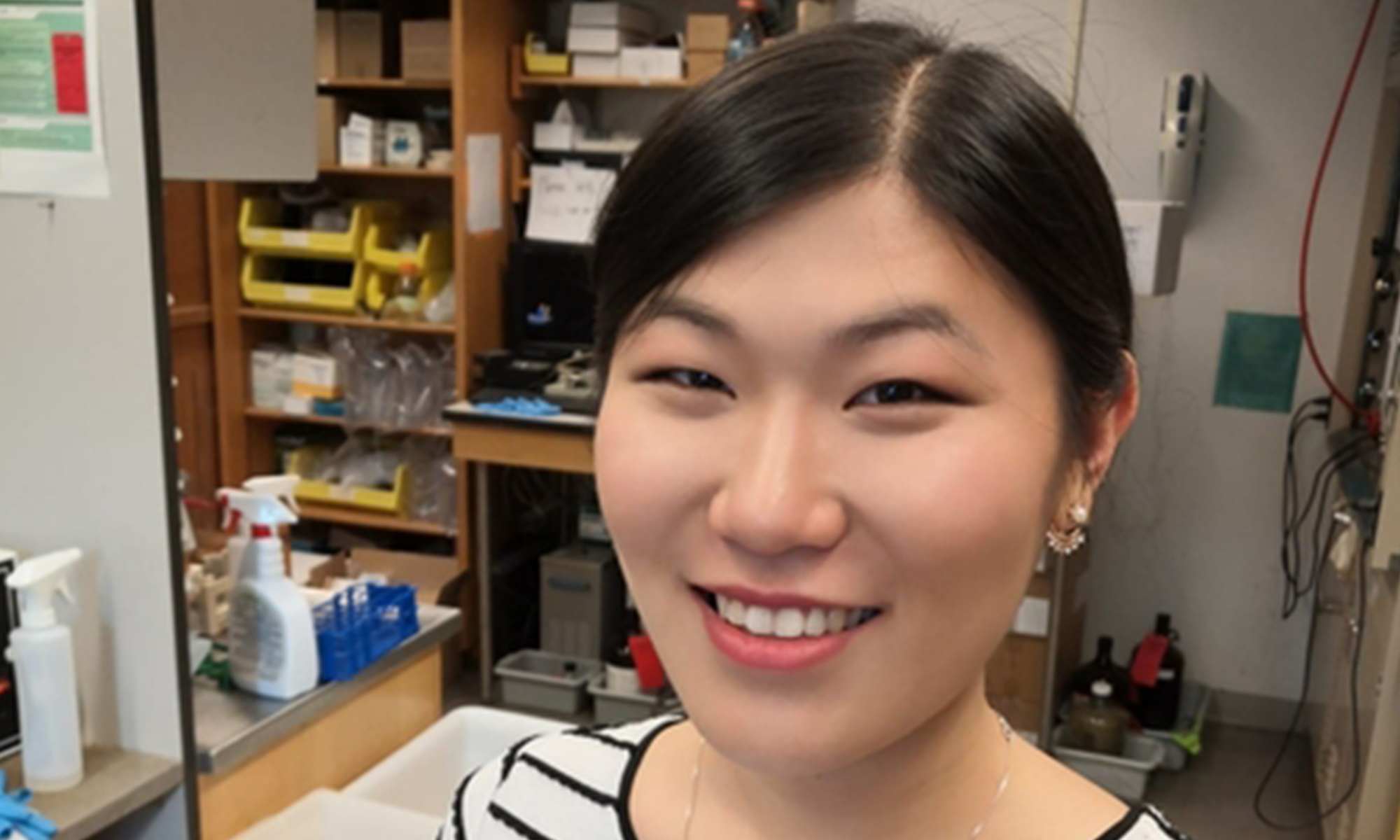 Right now, Zhong is working from home due to the Covid-19 health crisis, balancing her time between reading papers and cooking. “It’s sort of my replacement for experiments, since it’s something I do with my hands at a bench,” says Zhong. But cooking isn’t a perfect substitute and she still can’t wait to get back to the lab. “I really want to find the answers to the questions I’ve just started exploring,” Zhong says.

Zhong and Sinskey received a grant from the Ally of Nature Fund to help fund the PETase project. The fund was established in 2007 by MIT alumni Audrey Buyrn ’58, SM ’63, PhD ’66 and her late husband Alan Phillips ’57, PhD ’61 to provide support for projects whose purpose is to prevent, reduce, and repair humanity’s impact on the natural environment.

In 2019, according to Zhong, the fund was a boon. “Because it was a new project in the lab, we had no funding,” she says. The Ally of Nature grant also has no spending restrictions, which is ideal for a project that has moved beyond bioengineering to encompass biochemistry and fundamental biology. “I didn’t have a budget, because I didn’t know what I needed,” says Zhong. “But now I can buy what I need when I need it.”

This article was written by Fernanda Ferreira and originally appeared on MIT News on June 8, 2020.

Discovery Science Environment Health of the Planet School of Science