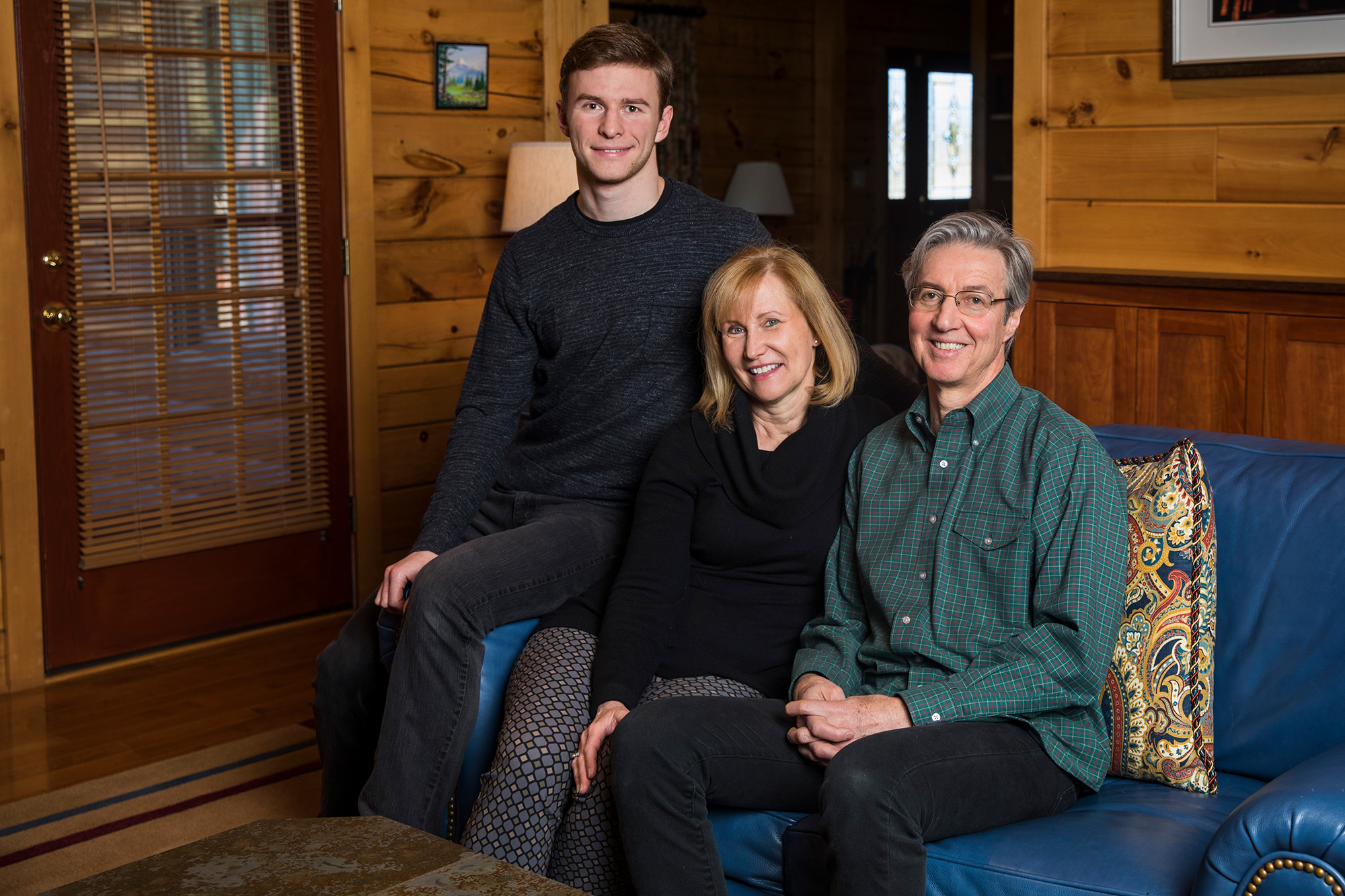 Ralph and Karen Izzo say they’ll never forget the moment their son Zachary Izzo ’17 learned he had been accepted to MIT. “Zach was a nervous wreck as he opened the email,” recounts Ralph. “He hit the link and there were those first words: ‘We are pleased to congratulate you…’ He jumped out of his chair shouting ‘yes!’—he was just euphoric.”

For Zach, who knew in the sixth grade that he wanted to study at MIT, the euphoria of that moment never really waned. Karen remembers visiting Zach for the first time on campus after being cautioned by another parent to expect their son to be worn thin from his first month at the Institute. “But there he was with a huge smile on his face, and he said, ‘I’ve found my people.’” For the first time in his life, the Izzos say, Zach was immersed in an environment where his passion and talent for math made him part of the majority rather than the exception.

In gratitude for their son’s phenomenal experience at MIT and inspired by the message of the MIT Campaign for a Better World, Karen and Ralph recently made a generous gift to the Institute. Ralph, who is chairman, president, and CEO of Public Service Enterprise Group (PSEG), a New Jersey energy company, and Karen, a retired biologist, chose to make their gift unrestricted, to give MIT the ability to use the funds where they are most needed.

For the Izzos, supporting MIT with a gift was never a question. But deciding exactly how to give back was a family decision. Ralph and Karen discussed it with Zach and “collectively agreed that money is fungible. We decided to trust the Institute to use its best judgment about where the gift would help the most,” says Ralph. The flexibility provided by unrestricted funds enables the Institute to quickly respond to critical and evolving needs and pursue bold research directions. Looking forward, Ralph and Karen say they “would be delighted” to have their gift play some part in helping MIT fulfill the promises of the Campaign— whether it’s helping to fund student support, basic research, or any number of other essential needs.

Ralph’s membership on the Department of Nuclear Science and Engineering Visiting Committee keeps him connected to the MIT campus, as does the lecture he gives every November in nuclear science and engineering professor Michael Golay’s Sustainable Energy class. But the Izzos say they miss the regular family visits to campus. “We loved being there. Just walking the streets and looking at the faces of the students and being a part of that atmosphere makes you smile,” says Karen. Regular campus visits aren’t out of the question for the future: now a doctoral student in mathematics at Stanford University, Zach’s dream job is to one day teach math at MIT, according to his parents.

The Izzos’ appreciation for MIT reflects the couple’s micro- and macro-experiences with the Institute. “Because of MIT, our son has had four of the happiest years of his life to date and is in a great position to build upon that,” says Ralph. “And because of MIT, we have greater confidence that the world will become a better place.”

Gifts Unrestricted Giving
Give to MIT